Although it’s not possible to define a natural phenomenon as vast as Geosphere in a single sentence, all the reliable dictionaries define Geosphere in their own way.

Geosphere is nothing but the rock-hard outer covering along with the internal crust of the Earth. However, the United States Geological Survey or USGS defines Geosphere in another way. According to them, Geosphere is the only composition we find in the different layers of the Earth like the lithosphere, cryosphere, hydrosphere, and biosphere. 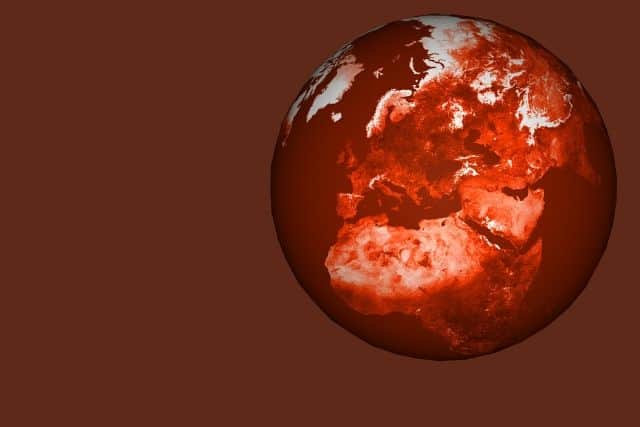 Let’s discuss both the definitions for a better understanding of the concept in our study of earth science.

The USGS emphasizes the interactions between living or the existing organisms with the lithosphere, hydrosphere, cryosphere, and atmosphere. To be very particular, we can say that the USGS highlights a little more than a general approach of this study and includes different Earth’s spheres.

To be more specific, we can draw an example from nature. We see the plants grow with the aid of C02, which they collect from the atmospheric air. But the air is not the only participant in this phenomenon. The plants also absorb water for the completion of this process. In this way, the hydrosphere relates to the biosphere. When these plants extend their roots, they reach the pedosphere or the soil. So, it is very clear from this example that all these different parts of the Earth are interdependent. If we need to describe the Geosphere holistically, we have to consider the entire Earth.

For some, the definition of Geosphere as USGS defines is truthful as their focal point is also on the different elements of the Earth or nature. Not only have they emphasized the physical aspect of the universe, but they also concentrated on the different interactions between living things.

There are some other sources where they say that the Geosphere is only the rocks of the Earth, i.e., mantle, and minerals. They only focus on the oceanic crust and the tectonics of the plate but usually neglect other environmental aspects like all the existing organisms, water, ice, or air. Thus for many, their theories may seem quite rigid because they only included the Earth’s sphere or our outer planet in their description.

If anybody has the wish to describe the lithosphere, he/she can say that the hard, outer shell of the Earth is lithosphere, and there is no confusion in the fact that this is the only definition that matches the Geosphere.

Now things that lie in the interior part of the Earth are what actually define Geosphere. All the lands and landforms, the Earth’s surface, rocks, and their chemical and physical properties and their minerals are other forms of Geosphere. There are few for whom the Geosphere is nothing but a collective identity of cryosphere, lithosphere, and atmosphere. The crust of the Earth comprises different types of rocks along with minerals in different natures.

The Geosphere or one of the densest parts of soil consists of regolith and rock in general. Aristotle also demonstrated this theory in physics. The term was relevant to four different innate places of the Earth’s sphere. In the Physica and Meteorologica, scientists tried to clarify the different terrestrial fundamentals: Earth, Air, Water, and Fire.

In contemporary books and the science of Earth system, Geosphere means the solid or the hard parts of the soil, and it is the term that we can apply with hydrosphere, atmosphere, and biosphere to illustrate the structures of the universe or the Earth. Here we also find that the lithosphere is sometimes used in the place of Geosphere. Though, it is the topmost layers of the Earth.

With further exploration of the space, different observances came out that shows the plasmasphere or the ionosphere is very inconsistent, which sometimes extends the boundaries of the magnetosphere of the Earth. This inconsistent outer part of geogenic is Geopause, where the solar storm dominates.

Different Parts of the Geosphere

There are three parts of the Geosphere, namely:

The crust is that part of the Geosphere that has varied layers of density and thickness. It is comprised of the oceanic crust (with dense rock layer) and continental crust (with a non-dense rock layer). Although it is made up of different types of minerals and rocks, the crust mostly consists of oxygen, calcium, aluminum, sodium, silicon, potassium, magnesium, and iron.

The core is the portion of the Geosphere that lies beneath the mantle. Mostly consisting of iron, the core has two different parts with varied thickness. While the outer core (liquid) has a thickness of 2250km, the thickness of the inner core (solid) is 1220km.

The mantle is the region that can be found just below the crust. It has two parts viz. the thin and less dense upper mantle (also called asthenosphere) and the denser and thicker lower mantle. The upper mantle and the crust combine together to form the lithosphere.

To understand the importance of the Geosphere, we should study our environment that we inhabit. It is the Geosphere that controls the distribution of rocks, minerals, and soils. It also controls the difficult hazards of nature that form the land and create an impact on our life. The different Geospherical actions decide where to place the mountains in the different landforms of the Earth. It even decides where to locate a continent.

The importance of the Geosphere becomes very high when it begins the interactions with the new spheres of the Earth. Today when we experience the significant evolution of the atmosphere, everybody believes that it is a collective result of diverse geological processes like rock weathering, volcanic outguessing, and iron oxidation. Not only that, but these changes are also the consequences of natural processes called photosynthesis.

The principal source of C02 or carbon dioxide that causes global warming is the fossil energy or the fuel we get from the Geosphere to use in the production of energy. The vast water body that makes up the world’s ocean originates from the steam of the volcano. While global climate controls by global climate vary in response to changes in elevation and the distribution of soils.

We, human beings, are, therefore, helpless without the Geosphere. This is the Geosphere that can show us the hidden treasures of the universe. The components like a mineral in the form of metal, oil, and coal originate due to Geosphere. By the topography of the surface, it is possible for us to determine where to grow crops and how to get success in that. But for this, we have to examine the fertility of the soil and also the water movement. This dual combination and the topography of the surface can tell us all the information about the Earth’s core.

History tells us that the primitive civilization of Africa, Asia, and America (North and South) developed in those places where the atmosphere was good for harvest.

Isotopic geology is only one of the various new technologies that we use to learn about the Geosphere. There are other technological advancements (laboratory-based) that explain the use of those new tools that can tell us about the composition of minerals and rocks we get. Besides, new methodical and scientific tools can also transform the way by which geologists can describe rocks. Until there were restrictions for the scientists to see the inner core of the rocks, they used either a microscope or the hand lens to see through rock.

Other Examples of Geosphere

Every sand and rock particles that we find in the bed of the ocean and in the dry land also comprise minerals, the mountains, molten magma, and lava from the core of the Earth’s layer. The Geosphere goes through endless processes to alter other fields or spheres of the Earth.

To manage and mapping our resources, we must understand the Geosphere better. To know about climatic changes in nature and all other natural changes in the global climate, it is very critical for us to understand different spheres of the Earth, its interactions, without which we cannot judge the actual role that Geosphere plays.