What is Water Scarcity?

Water scarcity or water crisis or water shortage is the deficiency of adequate water resources that can meet the water demands for a particular region. Whenever there is a lack of access to potable and fresh water for drinking and sanitation, the situation means that the water is scarce. Water scarcity thus pertains to a situation where there is water shortage, water crisis, and the lack of access to quality water.

The concept of water scarcity may also refer to the difficulty in obtaining fresh water sources and the deterioration and depletion of the available water sources. Some of the contributing factors to water scarcity are climate change, water overuse, and increased pollution. Many areas around the globe are affected by this phenomenon, and about 2.7 billion people experience water scarcity each and every year. 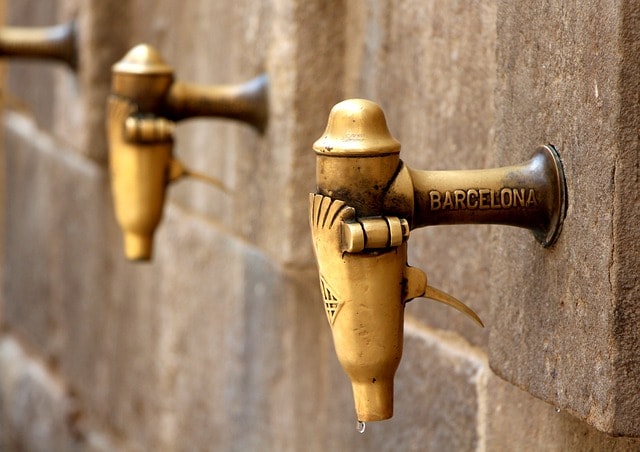 According to the United Nations (UN) 2013 report on water for life, more than 1.1 billion people lack access to clean drinking water. As more people put ever increasing demand on existing water resources, the cost and effort to build or even maintain access to water will increase. With the current consumption rate, two-thirds of the world’s population may face water shortages by 2025.

“Water scarcity is the lack of sufficient available water resources to meet the demands of water usage within a region. It already affects every continent and around 2.8 billion people around the world at least one month out of every year.”

Water pollution is yet another cause of water scarcity. The sources of water pollution include pesticides and fertilizers that wash away from farms, industrial and human waste that is directly dumped into rivers without treating it in water treatment plant. Oil spill on the ground, waste water leakage from landfills can seep underground and may pollute the groundwater making it unfit for human consumption.

The rapid increase in human population combined by massive growth in industry sector have have transformed water ecosystems and resulted in loss of biodiversity. As population is increasing at an ever increasing rate, the demand for new resources will result in additional pressure on freshwater sources.

Agriculture uses majority of available freshwater. The sad thing is that about 60% of this water gets wasted due to inefficient agriculture methods and leaky irrigation systems. In addition to this, pesticides and fertilizers are washed away in rivers and lakes that further affect human and animal population.

Water is incredibly required to grow crops and to care for livestock animals. It is estimated that the global use of water for irrigation and agriculture is about 70% and that only 10% is utilized for domestic purposes. As a result, water shortage means the practice of growing crops and farming is greatly impacted. For this reason, water scarcity commonly contributes to lower yields and death of animals particularly in the arid and semiarid regions and as such, it results in hunger, poverty, and thirst.

In many developing nations, water scarcity forces people to drink water of low quality from flowing streams, majority of which are contaminated. Accordingly, they are infected with water-borne diseases such as cholera, typhoid, and dysentery that kill people. Water shortage may also mean sewage systems are stagnant which creates room for the build-up of bacteria and harmful insects that result in infections. Besides, sanitation might become chaotic when water is scarce especially in restaurants, clinics, and public places thus compromising the health of the general public.

Access to quality water is fundamental to better living standard and economic growth. Schools, restaurants, hospitals, hotels and other businesses need to stay clean for operations to run effectively. Imagine a situation whereby a major school or hotel goes without water even for a day, the situation can be disastrous and leads to enormous economic losses. Restaurants and shopping malls have to be kept clean to attract visitors. Manufacturing and industrial processes, mining activities, and commercial businesses all need large quantities of water to flourish. Without economic activities because of lack of water, then it means higher poverty levels and poor living standards.

When water is scarce, then it means the natural landscapes suffer the most as it contributes to desertification, lose of plants and death of wildlife and other animals. As a result, these ecological catastrophes create habitat loss that, in turn, leads to food shortages and poor quality of life. For instance, the Aral Sea in Central Asia that used to be the world’s fourth largest freshwater lake has been reduced by more than a third in a period of only three decades. The water is now very salty, and the ecosystems within and around it have been extensively destroyed due to overuse of the water resource, mainly influenced by water scarcity in the region.

According to WWF, more than half of the planet’s wetlands have lost since 1990 which is largely due to water scarcity. The wetlands have become dry to the point of losing its natural capability to hold water. Human activities are the main contributors because of water overuse, pollution, and interference with the underground aquifers.

According to a 2012 UN report on The World’s Water, groundwater retraction has tripled in the past five decades because of industrial and agricultural uses. For this reason, governments and organizations can undertake measures to recharge aquifers or groundwater by undertaking projects aimed at infiltrating or injecting excess surface water into the underground aquifers. This may include aspects such as restoration of watersheds and wetlands and the practice of green infrastructure which aims at reducing impervious surfaces.

Water re-use strategies can help alleviate water scarcity in cities, schools, hospitals, and industries. The main strategies here include reuse and recycling and the use of zero-liquid discharge systems. Zero-liquid discharge system is whereby the water within a facility is constantly treated, used and reused again and again without being discharged into the sewer or other external water systems.

The non-potable water (greywater) can be used for washing cars, irrigating landscape, industrial processing and flushing the toilets. Such a system allows the waste water that would have been discarded to become a helpful resource. Water re-use or greywater can hence save a lot of fresh water for human consumption in times of water shortage and water stress.

READ:  Save the Environment With These Simple Strategies

Desalination is the treatment of saline waters. The treatment process aims at obtaining fresh drinking water from the salty ocean waters or groundwater with high salt concentrations that make them unsuitable for human consumption. Nations should invest in desalination technologies as a means of attaining a more reliable water resource system to meet the ever rising water demands. Desalination can thus offer an incredible solution to fresh water scarcity. However, desalination heavily relies on power-hungry technologies and facilities which should thoroughly be evaluated. Use of greener power sources and energy efficient technologies are recommended.

Water management by the use of regulations and policies can help reduce water scarcity. The regulations and policies can address the water-related problems including aspects such as water reuse, water resource management, water rights, industrial water use, wetland restoration, domestic water supplies, water pollution, and others. In precise, water management has the capability of addressing human interventions and the various natural events in connection with resources and the long-term water policy decisions on the environment and economy.

One of the key ways of solving the problem of water scarcity can be through infrastructure repair and maintenance of water channels. Leaking pipes and sewage systems normally lead to water wastage and contamination respectively. If these infrastructures are left unattended to over time, the cumulative effects can create water shortages. Millions of liters of water are lost yearly in various regions of the world owing to leakages and sewer contamination, creating water shortages.

Water conservation is one of the leading ways to grow out of water scarcity. It is an indirect approach to reducing water demands and is it usually critical in maintaining the supply-demand balance. During droughts and in densely populated regions, for instance, water conservation efforts ensure there is a supply-demand balance. The approaches can easily be implemented as they involve simple ways of saving water. For water conservation to be effective enough, it has to work hand in hand with water management policies.