Infiltration refers to the process where precipitation or water infuses into subsurface soils, is absorbed by the soil and travels deeper through pore spaces and cracks into rocks. The bulk of water collected from melted snow and rain end up infiltrated.

Where exactly does it reach in the ground?

Water is often soaked up by the soil and can stay there for some time until it gets evaporated. In an area with a lot of vegetation, the infiltrated water can get absorbed by a plant root and later transpired. Usually, the infiltration happens in the higher layers of the ground, but sometimes it can continue further in the deep. 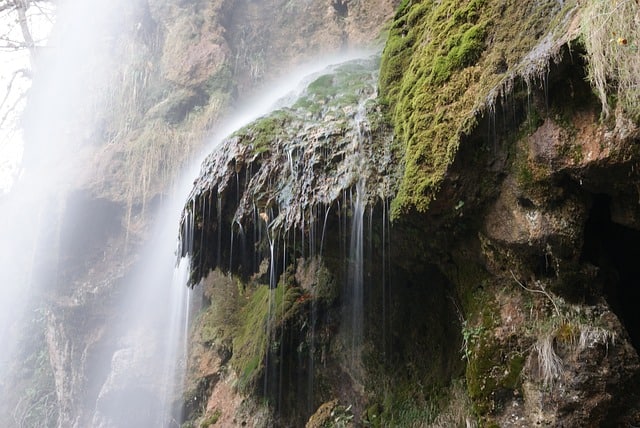 Infiltration usually occurs in the upper surface of the ground, but may also proceed downwards to the water table. The rate at which water is absorbed depends on the soil type, pre-saturation levels, land topography and the amount of vegetation in an area.

Processes of the Water Cycle

The water cycle process encompasses 6 stages. These are evaporation, transpiration, condensation, precipitation, interception, and infiltration, which is the focus of this article.

This is the process where water is changed from liquid form to water vapor. Evaporation requires a significant amount of energy. This energy is converted to latent heat, which is the heat needed to convert liquid into vapor without any change of temperature.

When liquid molecules collide, they transfer energy between themselves depending on how they collide. After absorbing enough energy, a surface molecule overcomes the vapor pressure and enter the atmosphere as gas ready for cooling.

Studies have indicated that seas, lakes, rivers, and oceans provide about 90 percent of the vapor in the atmosphere through evaporation. The rest is provided by plant transpiration. That said let’s see what transpiration entails.

This involves the movement of moisture through green plants from their roots to small openings underneath the leaves, where it is changed to vapor and then released to the atmosphere.

Transpiration essentially involves guttation process, which is the exudation of water in liquid form from the uninjured plant leaf or stem, mainly through the water stomata.

Transpiration rates changes depending on climate conditions like humidity, temperature, precipitation, sunlight intensity, and wind. The rate is higher during dry periods and can lead to loss of water in the upper zone of the soil.

But where do the vapor collected in the atmosphere go to? That’s where condensation comes in.

The vapor in the atmosphere is changed from its gaseous state into a liquid state in a process called condensation. This phenomenon basically occurs when the warm vapor encounters a cool surface. It then converts the vapor into water droplets.

Condensation is essential to the water cycle as it helps in the formation of clouds using the water vapor in the air. This change of state happens because of the movement of water molecules.

During this phenomenon, water molecules arrange themselves systematically allowing heat to be emitted to the atmosphere. Cooling then takes place. This generally transpires when warm air in the atmosphere rises and cools down.

It is important to note that condensation only takes place when the atmosphere is fully saturated. Usually, it happens around smoke, dust particle or microscopic bacteria. Let’s have a quick look at what happens after cooling.

This is the process that takes place when all and any water particles drop from the atmosphere to the ground. It happens in two sub-processes – coalescence and ice-crystal.

READ:  Causes and Effects of Hurricanes

This process occurs when two or more droplets, particles or bubbles merge in the course of contact to form a single droplet, particle or bubble. When the droplets become large enough for the air currents to sustain them, they start to fall as rain.

This process happens when ice develops in cloud formation or cold clouds up in the atmosphere, where the temperature freezes. When the crystals are approached by nearby water droplets, some droplets vaporize and condense on these crystals.

The crystals grow to a larger size and drop as ice pellets or snow. When they fall through lower elevation air, they sometimes melt and turns to raindrops.

Precipitated water can fall onto land or into a waterbody and then dispersed in several ways. The water can stick to objects on the planet, be carried over the land into water channels or infiltrated into the soil.

Also, the precipitated water can be intercepted by plants. What does interception mean?

Plants often revamp the distribution and intensity of precipitation falling through and on its leaves and woody parts. The most common effect that plants have on dropping precipitation is the interception.

Technically, interception can be described as the capture of dropping precipitate by the vegetation canopy and its return to the air through sublimation and evaporation.

The amount of precipitate that can be intercepted depends on the leaf type, wind speed, temperature, canopy architecture, humidity, and available radiation.

However, precipitates that are not intercepted can be as a result of the following processes; Canopy drip, stemflow, and throughfall. Let’s have a detailed at each process:

This is caused by plants with an architecture that directs snowfall or rainfall along the edges of the plants’ canopy. Canopy drip is common in coniferous vegetation.

READ:  What is an Island and 20+ Interesting Facts About the Islands

Stemflow system directs the precipitation down to the plant branches and stem. The redirection causes the ground surface of the plant’s stem to have added moisture. The quantity of stemflow is controlled by branch and stem architecture and leaf shape.

All the precipitation drop to the ground and part of water gets infiltrated. As we mentioned before, infiltration involves the movement of precipitation into the soil. When the soil surface is saturated, runoff occurs.

It is worth noting that run-off is usually more intense in semi-arid areas. The soil in these areas baked hard, making it difficult for water to seep into the ground.

Away from the processes of the water cycle, let’s explore why infiltration is important.

Why is Infiltration Important?

The soil is a pool that stores water for the growth of a plant. The water in it is replenished by infiltration. The rate of infiltration can be limited by poor soil management. A soil that is in poor condition does not allow water to enter the soil, and it flows downslope as runoff.

A prolonged runoff can lead to poor water storage in the soil for plants to grow. It can also lead to soil erosion, which carries away sediments, organic matter and nutrients from the soil to the streams, lakes, and rivers.

Runoff from neighboring slopes can also soak soils in lowlands or create ponded areas, thereby killing upland plants. Evaporation in ponded areas can lower the quantity of water for vegetables.