An ecosystem encompasses living organisms and the nonliving elements of their environments. Hence, the components of an ecosystem include animals, plants, microorganisms, rocks, soil, minerals, atmosphere, and the surrounding water masses. An ecosystem can be huge, cutting across several nations, or it can be relatively small, such as the body of an animal, which is home to numerous microorganisms. 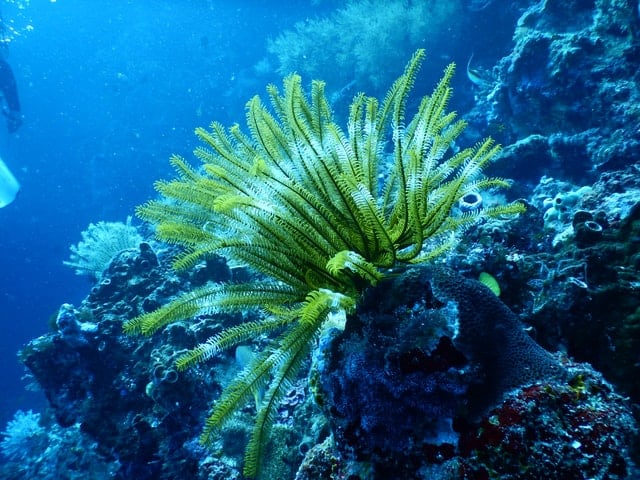 The natural ecosystem is broad. It is divided into two major groups – terrestrial and aquatic ecosystems. These are further divided into many other smaller types of ecosystems as outlined in this article.

A grassland ecosystem is characterized by mixed non-woody vegetation cover and is dominated by grass or grass-like plants. The ecosystem is normally found in areas that are too dry for forests but have enough soil water to support closed herbaceous plant canopy, which cannot be found in deserts.

Grasslands occur mainly on plains or rolling topography in the interiors of expansive land masses, and from sea level to altitudes of about 16,400 feet in the Andes. These ecosystems are usually inhabited by grazing animals, and can be further subdivided into:

Tropical rainforest ecosystems are found in tropical regions, and they boast a greater diversity of flora and fauna compared to any other type of ecosystem. The term “rainforest” means that these are one of the wettest ecosystems in the world. Namely, these ecosystems generally receive very high rainfall every year, which varies across different rainforests.

The heavy rainfall results in dense, leafy vegetation. The trees grow incredibly tall as they compete for sunlight. Animals live in the tree canopies. Contrary to popular belief that soils in rainforest ecosystems are fertile, rainforest soils are actually nutrient-poor. Any explanation for this?

Nutrients are normally not stored in the soils for very long. The heavy rains experienced in these ecosystems washes organic material from the soil, rendering them nutrient-poor. It is also worth noting that rainforests have high humidity – about 88 percent and 77 percent in the wet and dry season, respectively.

Temperate forest ecosystems are common in regions where winters are cold and summers are warm. The ecosystems normally comprise deciduous trees, which shed their leaves every autumn, and coniferous trees that remain green all year round.

25 percent of the remaining major temperate forests are located on the British Columbia coast of Canada. You can find the other remnants in eastern U.S., Europe, Australia, New Zealand, southwest South America, Japan, and China. Some common naturally-occurring plants in temperate forests include apples, chestnuts, maple sugar, and mushrooms.

Taigas are a kind of forest ecosystem found in the far northern regions of the world. Also known as boreal forests, these ecosystems comprise mainly evergreen, coniferous trees, such as spruce and pine. These conical or spire-shaped needle trees are adapted to the cold and the physiological drought of winter as well as to the short growing season.

It is worth noting that the largest taiga ecosystem covers the better part of northern Russia and Siberia. Other notable taiga ecosystems are found in Canada, Alaska, Norway, Sweden, and Finland.

Deserts ecosystems are characterized largely by relatively sparse vegetation. Animal and insect population is also quite limited. In light of the fact that deserts are not necessarily hot, we have two major types of desert ecosystems – hot or subtropical desert ecosystem and temperate or cold desert ecosystem.

While temperate desert and subtropical ecosystems have different characteristics, they bear some similarities, which include the following:

Generally, desert ecosystems are composed of several abiotic components, including, high temperatures, and insufficient moisture. As earlier stated, there are also several biotic factors, such as animals and plants.

Tundra ecosystems are found in Polar Regions or on the summits of high mountains. They are characterized by harsh living conditions since they are frozen and covered by snow virtually throughout the year. In the white, treeless tundra, the soil could be frozen all year round, making life really hard. The condition is known as permafrost.

However, during the brief summer and spring, snows could melt, producing shallow ponds that attract migrating waterfowl. The melting snow also exposes lichens and small flowers. The word “tundra” most commonly refers to polar regions. At lower latitudes, however, tundra-like ecosystems known as alpine tundra could be found at high altitudes.

Freshwater ecosystems are home to various flora and fauna, including fish, insects, algae, amphibians, plankton, as well as various species of underwater plants.

They comprise not only the ocean surface and ocean floor, but also tidal zones, salt marshes, estuaries, saltwater swamps, and mangroves.

Discovered in the 1970s, hypothermal vents are located at the sunlight-starved ocean depths in areas where water heated by proximity to hot magma percolates through cracks in the ocean’s floor. While most life on Earth depends on oxygen, the weird shrimp, giant tubeworms, crabs, and other species that thrive in this kind of ecosystem depend on hydrogen sulphide.

The flora and fauna in the extremely hot water also rely on chemosynthesis, as opposed to photosynthesis, as the primary source of energy in their food chain. Some sea vent bacteria have undergone minimal evolution since the beginning of life on Earth.

Normally referred to as the rainforest of the ocean, coral reefs are jam-packed with life. Namely, about 25 percent of marine species depend on these ecosystems for food and shelter. Coral reefs are homes to not only corals and bright-coloured fish but also sponges, sea urchins, sea anemones, and clams.