When the tectonic plates that form the biggest mountains collide, earthquakes happen. After an earthquake takes place, several different events take place that are also very destructive to our environment. The effect of the following ruinous events depends on the magnitude of the earthquake.

When earthquakes hit highly populated regions, they are of a bigger magnitude. There have been few studies showing the effects of the size of tectonic plates on the existence of earthquakes. Many researchers consider earthquakes and mountains to be of the same family.

This is because the forces that contribute to pushing up mountains are the ones that cause earthquakes. With the advancement in technology, researchers have gotten better with the facts that they provide us. They are currently researching the topic of the effects of seafloor mountain crashes and earthquakes. Some consider them to be great prevention of earthquakes.

Mountains are considered to be the nail that holds the Earth together. This process is known as Isostasy. This is the process of stabilizing the Earth using the stress of gravity from the mountains. They play a major role in keeping the Earth in balance.

You must be wondering why mountains start existing from the ground. No, they start existing from underneath the sea only. These sea mountains are most popular for blessing us with their power of stabilizing the Earth. Another main thing that you should know is that they are extinct volcanoes.

The sea mountains spread big megathrust earthquakes into smaller ones. They expand the area. For a clear understanding, you can keep in mind that they provide the mountains with a base for the tectonic plates. This base prevents them from moving or colliding with each other.

If the tectonic plates just slide over each other, a high magnitude earthquake will be followed by landslides. The mountains divide this activity into small parts, and as a result, the earthquake spreads over a larger area. These spread earthquakes have a lower magnitude and keep the destruction under control.

Can an Earthquake Occur in The Mountains?

Earthquakes usually tend to originate from the mountains only. They contribute to the formation of mountains. This happens by them pushing the tectonic plates upwards. There is a relation between them. Both of them complement each other.

Earthquakes of large scale can push the ground high enough to start the formation of a mountain. The rocks beneath the ground start to move and clash abruptly because of the earthquakes. This starts to transform into a mountain. In some cases, magma comes up, causing a volcanic eruption. After the magma cools down, you can see the partial mountain that gets formed.

The volcanoes are considered to be the epicenter of earthquakes. The earthquakes also lead to the breaking of the mountains or can cause volcanoes at times when they are of a high magnitude. The sudden movement of the plates underneath the ground causes earthquakes and mountains.

Yes, it is a strange thing to think of. Mountains are formed and destroyed both by earthquakes only. Earthquakes have the power to destroy what they have created. This is another side of the story. Earthquakes bring up minerals and important stones by destroying the mountains.

This is why it is very risky to stay close to the mountains. They face landslides very often because of earthquakes. An earthquake can also create a volcanic eruption that would for sure lead to the formation of new mountains when the magma cools off.

In the same way, they shake the rocks and tectonic plates under the ground causing landslides and destruction of the mountains that exist. You need to be well aware of that if you visit these regions regularly.

Earthquakes cause major land erosion that is bad for the environment. This erosion is responsible for destroying the mountains. Apart from erosion, a few tectonic processes destroy the elevated mountains. Horizontal crust extension and the thinning of the crust associated with earthquakes also play a role in the destruction of mountains.

When these happen, the mountains widen in a horizontal style, and the height of the mountain comes down. The mountain can also face thermal contraction that would decrease its height.

Even though the mountains play a role in preventing earthquakes, they shake themselves too. The fact that mountains are formed by earthquakes when their inner part shakes answers the question. The mountains also go through things like volcanic eruptions.

Yes, the mountain rocks are extremely solid, but something like molten lava can make them shake too. Also, when they face an earthquake, the tectonic plates move, making the mountains move. The mountain areas are more famous for experiencing earthquakes.

No matter how strong the mountain rocks are, if their crust moves, the entire thing will shake and can start breaking out. This can lead to the mountain breaking down completely. This is why you should stay away from mountains when there is an earthquake.

It shakes considerably and creates damage up to a large range and diameter. This is more of a reason why you should not stay in volcanic areas like the Pacific Ring of Fire. You must be thinking, how can such a big structure move. Earthquakes have the power to even cause tsunamis, and it is not hard for them to shake the mountains by shaking the ground.

What Purpose Do Mountains Serve?

Mountains serve many purposes for us. They are a room for minerals and important rocks. They are also known as the world’s water towers because they provide 60%-80% of the freshwater. The disappearance of mountain glaciers has immensely affected the supply of freshwater provided by them.

The next important purpose it serves is that it helps in disaster risk reduction. They spread the earthquakes over a large area. This helps lower the magnitude of the earthquake each part faces.

Other purposes that mountains serve directly impact the people of our planet. They serve as an important source of agriculture. Many crops are grown on mountains based on the climate conditions required by the respective crop. The mountains also serve as a tourist spot for the rest of the world. They are a beautiful attraction for all the tourists.

READ:  How Can Rainfall Be Measured and 3 Main Types of Rainfall

Lastly, mountains also contribute to the biodiversity of our Earth. Most biodiversity hotspots are based on the mountains only, and they are home to several animals that are rarely found. You will also see many rare plants in the mountains because their climate is really suitable for the plants.

What Dangers Do Mountains And Mountain Ranges Pose?

As fascinating as it may seem to many of you, mountains do have certain dangerous things about them. The first one is natural disasters such as earthquakes followed by landslides.

Furthermore, since the mountains have an open and big sky, you are most likely to be exposed to direct lightning. Many people suffer from mountain sickness and the risk of being exposed to avalanches and wildlife. There is also a risk of getting lost because most of the roads are similar to look at.

Mountains and mountain ranges also carry the risk of accidents. These areas are some that are prone to accidents and have to be traveled around very safely. There is also a risk of you getting stuck because of rainfall or snowfall.

The clouds start to take over the roads before the sun sets, and that gets risky when you are on the road. In such cases, you should stay calm and try to seek shelter from a nearby place. Always carry a map and a compass that will help you in case you get lost. Try to stay away from places that are exposed to wildlife.

The most important thing you can understand from this article is that mountains and earthquakes have a strong complementary relationship between them. Earthquakes are unpredictable things, but their effects are known to you. Mountains are associated with earthquakes because they are the most exposed areas.

They are also very spontaneous. You have also read about the risks related to mountains, so you can take precautions before visiting mountain ranges. However, mountains play an important role in our lives as they offer us the best things such as water, tourism, and biodiversity. So, the next time you visit a mountain, remember this information to stay safe at all times. 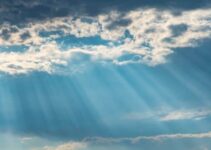 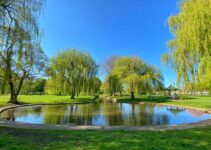 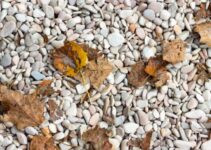