The biosphere is also known as ecosphere. It is the worldwide sum of all ecosystems, incorporating all life forms and their relationships, which includes their interactions with the elements of the atmosphere, hydrosphere, and lithosphere.

Simply put, the biosphere is the space on or near the Earth’s surface where land, air, and water interact with each other to support life. It ranges from heights of up to 12500 meters above sea level to depths of at least 8000 meters in the ocean. 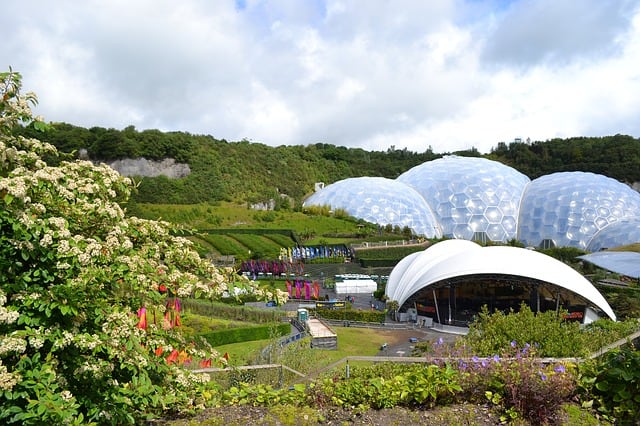 The biosphere is believed to have been formed about 3.5 billion years ago. There are numerous other intriguing facts about this zone that you might want to know. But before we look at some of the facts, let’s explore the importance of biosphere.

The biosphere plays an integral role to support the life of organisms and their mutual interactions. It is a vital element in climate regulation. Namely, a change in the biosphere triggers a change in climate.

Moreover, the biosphere is an integral reservoir in the carbon cycle. Let’s break all these into 7 points that are easier to understand:

For organisms to survive on earth, various environmental conditions must exist, such as favorable temperature and moisture. The organisms also require energy and nutrients. All the mineral and animal nutrients necessary to uphold life are found in the Earth’s biosphere.

Nutrients present in dead organisms or living cells’ waste products are converted back into compounds that other life forms can utilize as food. This nutrient recycling is important because there’s no source of food outside the biosphere.

Oxygen and nitrogen are produced in the biosphere through oxygen photosynthesis. These substances are responsible for virtually every biochemical process of organic matter production. Organic matter is produced through the carbon cycle, which involves both terrestrial and organic substrates.

READ:  Causes and Effects of Most Common Air Pollutants

The living components of the biosphere, also known as the biota, plays an integral role in providing us with the raw material we need to survive: food, fuel, and fiber.

4. Cleans the Earth of Toxic Substances

The natural cycles of decomposition and biological modification, which take place in the biosphere, help the planet earth to expel toxins and other components that could be harmful to life. For example, carbon dioxide is utilized in the photosynthesis process and organic wastes are reused by biota.

Virtually all the substances used in the pharmaceutical industry today are derived from compounds that exist naturally in the terrestrial biosphere.

Continuing biological research in regions of high biological density such as Amazon in South America and Southeast Asia have provided scientists with new elements that have been utilized in pharmaceutical applications ranging from chemotherapy to beauty treatments.

6. Could Serve as a Pollution Marker

The study and control of the composition of the biosphere can function as an efficient marker to keep the levels of terrestrial pollution in check. This will also help to ascertain if in fact international treaties and public policies have had a real impact on the existing levels of planetary pollution.

Hence, from the information derived from the study of the biosphere, you can draw historical, as well as interregional, comparisons that show changes and variations in pollutions levels in various ecosystems.

7. Can Help To Track Pollutants

With the study of the composition of the biosphere, you could be able to tell exactly what the pollutants caused by humans are and how they act.

This would help states and the international community to initiate research and policies that are geared towards dealing with pollutants and preserving the physical environment.

READ:  Can It Rain Without Clouds?

Now let’s take a quick look at the examples of the biosphere before we finish with the facts.

All life forms in the biosphere are categorized into different layers of complexity. The layers range from an individual organism, to populations, to ecosystems. An ecosystem encompasses all living things in a given area, plus all of the non-living components of that area.

Ecosystems can be divided into several major biomes. Each biome is characterized by a specific type of geography, climate, and vegetation. Examples of biomes within the biosphere include:

Fact 1: Geologist Eduard Suess is credited with coining the term “biosphere” in 1875. He defined biosphere as the place on the surface of the earth where life dwells.

Fact 3: So far the biosphere is the only place where life exists in the universe.

Fact 4: Many elements play a vital role in the existence of the biosphere. They include the earth’s tilt, the distance of earth to the sun, and the seasons.

Fact 5: According to scientists, the earth is about 3.7 billion years old. This implies the biosphere is about the same age.

Fact 6: The exact outer boundary of the biosphere is hard to pinpoint. This is because some birds, the Ruppell’s vultures can fly to as high as 11,300 meters.

Fact 7: The biosphere’s depth is also difficult to pinpoint. Some fish are known to live as deep as 8,300 meters in the Puerto Rico Trench.

Fact 8: The biosphere is divided into several biomes, inhabited by largely similar flora and fauna. Latitude is the main element that separates biomes on land. Biomes in the Arctic and Antarctic Circles are somewhat devoid of plant and animal life. Most of the densely inhabited biomes are found near the Equator.

Fact 9: The biosphere is made up of more water than land.

Fact 11: Biosphere 2 is in the United States in Oracle, Arizona. It is a scientific research center, the world’s largest artificial, closed ecological system. Its original purpose was to determine the possibility of such a system to sustain life in outer space. Biosphere 2 was only used twice as it developed challenges related to oxygen and food, as well as management issues.

Fact 12: Biosphere 3 is based in Russia. This closed ecosystem is an underground steel structure that could accommodate 3 people. The longest experiment in Biosphere 3 lasted 180 days.

Fact 13: Scientists continue to work on creating an artificial biosphere that will be able to support life on other planets like Mars.

Fact 14: The existence of extraterrestrial biospheres remains a hypothesis. It is yet to be proven that there are other biospheres beyond the earth.