Taiga biome is derived from the Russian word, meaning forest. Despite that fact that it’s the largest terrestrial biome in the world, it’s a cold and lonely place, and many people are not familiar with the name. Although Taiga biome is so cold and remote, humans have had a deep influence here. Ancient humans hunted animal species like the giant sloth to extinction. However, modern humans have caused more devastation in this biome in the past 400 years than those hunters did in 1000 years. Extensive hunting and trapping have brought some of the Taiga biome animals to the edge of extinction. But government intervention has slowed down this heinous activity, and we may see the population of these animals explode again in the near future.

Taiga biome, also referred to as boreal forest, coniferous forest or snow forest, is a biome consisting mainly of coniferous trees such as pines, lurches, and spruces. It spans across Eurasia and North America. The taiga biome is situated near the top of the world, with tundra biome occurring just below it. 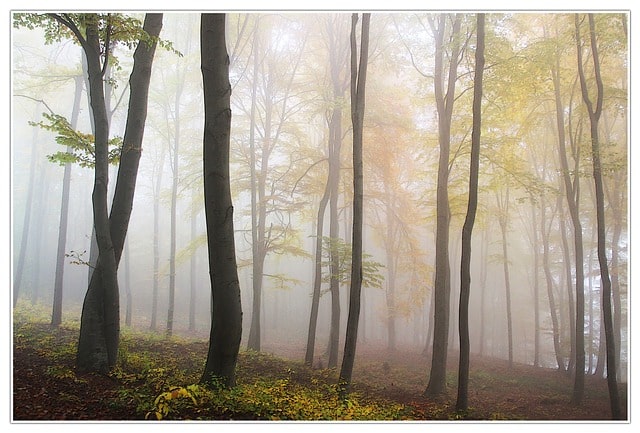 The most part of taiga biome climate is dominated by Arctic air. Uniquely cold winds carry along extremely cold air from the Arctic Circle to this biome. During clear nights, when cloud cover is unavailable, the temperatures even plummet further. Due to the earth’s tilt, the taiga biome faces away from the sun during winter.

READ:  What are Various Types of Forests and Importance of Forests?

This means radiation barely reaches the ground to heat it up. Winters come with exceedingly cold conditions and lasts for six months. Summer experiences rainy, hot and short season in this biome. In the taiga biome, fall is the shortest season. Spring is characterized by scintillating flowers, melting ponds, and animals coming out of hibernation.

Since the climate of taiga biome is extremely cold, there are only a few verities of plants. Coniferous tree with cones are the most dominant tree species in this biome. There are four dominant kinds of conifers here; spruce, evergreen, pine, and fir. The fourth dominant coniferous tree in the taiga is a deciduous tree known as tamarack. Under specific conditions, broad-leafed trees like aspen and birch have developed ability to endure the harsh conditions in this biome.

Plants have developed unique adaptations to endure the extremely cold conditions of the taiga biome, including their type, shape, leaf, color and root system. For example, evergreen trees are always green, and since they don’t shed their leaves when temperatures cool down, they don’t grow them back when spring sets in.

Plants use lots of energy to develop new leaves. These plants derive their energy from the sun and soil. Soil acts as a nutrient source, while sunlight aid photosynthesis. The soil in the taiga biome is nutrient-deficient, and the sun is scarce. These two aspects limit the quantity of energy in the tree. By not shading their leaves, the evergreens can utilize that limited energy for other important aspects like structural growth, instead of growing new leaves.

While the taiga biome has fairly high precipitation, the ground becomes frozen in the winter, which means plant roots cannot get water. Some plants have adapted narrow need-like leaves, instead of broad leaves, to minimize water loss through the process of transpiration. Also, evergreen trees contain less sap to minimize the risk of needle damage coming from freezing temperatures.

However, the needles encompass a chemical that usually repels animals trying to eat the needles. The characteristic dark green color of the plant needles helps absorb sunlight, and because the needles are ever available, once the temperature starts to become warm, photosynthesis starts immediately. The evergreens have also adapted a conical shape that lets the snow to slide off the branches instead of piling up.

The piling up of snow is disadvantageous as it can cause the branches to break due to their weight. Other plant species found in the taiga biome include Black Spruce, Douglas Fir, Jack Pine, White Fir, White Spruce, Balsam Fir, Paper Birch, Eastern Red Cedar and Siberian Spruce.

The taiga biome harbors numerous species of birds and insects like woodpeckers, bald eagle, warblers, chickadee. The ponds and bogs found in every part of the taiga biome in the summer offer incredible breeding grounds for a huge array of insects. Lots of migratory birds come to the taiga biome to reproduce and feed on the large population of insects.

Animals living in the taiga biome have developed remarkable adaptation to cope with the cold conditions here. The majority of animals in this biome migrate to warmer areas at the onset of cold winter months. Other animals hibernate when temperature drop and they can stay that way until favorable climatic conditions manifest. Some animals have adapted to existing in the cold conditions by developing a layer of thick fur or feathers to insulate them from the freezing conditions.

On other occasions, animals change the color of their fur or feathers seasonally to avoid being spotted by predators. A typical example of a small animal that has developed this adaptation is the Ermine. Ermine has a natural dark brown coat, but changes it to white when winter sets in. This impressive adaptation helps the ermine to camouflage in the snow, making it hard for predators to spot it.

The taiga biome faces a formidable threat every day: Destruction by humans and nature. Nature causes destruction to this biome by instigating forest fires and diseases by parasites and herbicides. Also, spruce trees which grow on top bulky moss are habitually blown over by powerful winds. Plantation forestry, large-scale lumbering, soil scarification, introduction of exotic trees, the use of herbicides and pesticides and ditching are human factors that have led to habitat loss.

However, the greatest threat to taiga biome is large scale logging. The wood is transported to pulp factories to manufacture pulp and paper. Other threats to taiga biome include human-caused forest fires, mining, oil and gas exploration, road construction and climate change.