Overfishing is yet another environmental issue which means consumption of a species of fish from a body of water at a rate which is outpacing its natural reproduction.

According to World Wildlife Fund (WWF), “overfishing occurs when more fish are caught than the population can replenish through natural reproduction.”

While overfishing sounds like a lucrative practice, it is a detrimental environmental issue with wide-ranging impacts on aquatic life and land dwellers.

Overfishing, for example, has stripped many fisheries across the globe of their fish stocks. About 85% of the world’s fisheries could be over-exploited, totally depleted, or recovering from exploitation.

For this article, the purpose is to explore the major causes and effects of overfishing. Shall we start with the causes first? 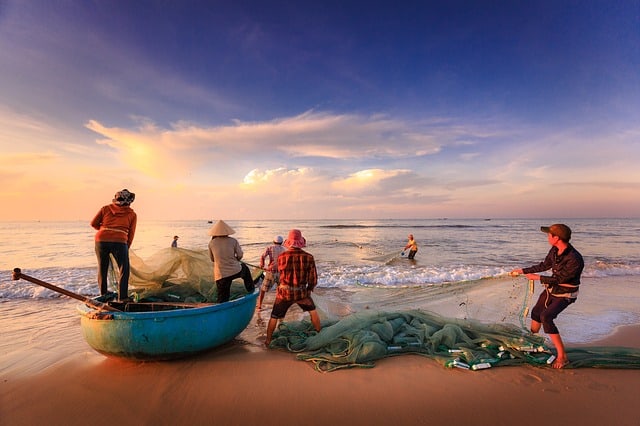 There are numerous reasons for overfishing. The major ones include:

The fishing industry has long been weighed down by a lack of management oversight and proper government regulations. Traceability of fishing activities has been a great challenge as well.

The rules and regulations we have today have proven to be ineffective when it comes to limiting fishing capacity to sustainable levels. And the high seas are the most affected.

Namely, there are insufficient fishing regulations in the high seas. And the existing regulations are normally not enforced. Most fisheries management organs lack the capacity to adequately apply scientific advice of fish quotas.

Moreover, customs agencies and fish retailers can’t always ascertain the fish coming into their country is caught through proper channels.

Unsustainable fishing encompasses the use of nets, fishing methods and other fishing gear that catch so much fish to a level that they are endangered.

It may also involve catching other sea creatures other than fish in the process. The unwanted animals are called By-catch. And they are normally destroyed and discarded into the sea, hence the name Discards.

READ:  15 Serious Threats to the Rainforest That You Should Know

Discards may include turtles, cetaceans, young fish, sharks, corals, and seabirds. Invertebrates such as crabs, starfish, brittle stars, sea urchins, sponges, mollusks, and warms could also be caught, destroyed, and thrown back into the sea.

Some fishermen also catch tiny fishes, depriving them of the opportunity to grow and reproduce.

Illegal fishing activities include poaching, taking more than the allowed amount of catch, and fishing out of season. According to WWF, illegal fishing accounts for about 20 percent of the world’s catch and up to 50 percent in some fisheries.

Unregulated fishing practices that result in grave harm include by-catch (as explained in the previous point) and Trawling. Trawling involves scraping along the bottom of the sea to gather fish. This practice is one of the major causes of destruction to marine habitats.

Market availability and consumer demands are the major factors that determine the amount of fish that fishing companies bring ashore.

In the last 100 years, human population has increased in many folds. This has, in turn, pushed the need for food and fish up significantly. Coupled with economic aspirations of fishing industries, these factors have compelled fishers to catch more fish than the seas can replace.

Many governments around the world continue to subsidize their fishing equipment. This allows unprofitable fishing entities to survive, eventually leading to overfishing. Today, fishing fleet across the globe is estimated to be up to 250 percent of the actual capacity needed to catch what the world needs.

The ‘open access’ nature of fisheries is another major problem of overfishing. In light of the fact that there are no or limited property rights, fishermen lack the motivation to leave fish in the water.

Moreover, only about 1.5 percent of water bodies have been declared protected areas. And most of those areas still remain accessible to fishermen, exposing them to destruction and depletion.

Now, let’s let quickly look at some of the effects of overfishing.

Effects of Overfishing on the Environment

At the beginning of this article, we pointed out that overfishing has impacted at least 85 percent of the world’s fish resources. The fact that most fisheries are harvested far beyond their sustainable capacity is poised to have wide-ranging effects on marine life and the socio-economic well-being of humans.

That said, here are some of the major effects of overfishing:

Targeted catching of essential predators such as sharks, tuna, and billfish disrupts marine ecosystem in the long run. This results in increased numbers of smaller marine animals below the food chain.

This ends up affecting the rest of the ecosystem, with issues such as the increased growth of algae. Coral health becomes compromised as well. Overfishing is also associated with bycatch, one of the major threats to marine life as it causes unnecessary loss of massive fish population along with other marine animals like turtles.

The population of fish that is worth consuming is increasingly reducing, thanks to overfishing. Overfishing has led to a decrease in the population of productive fish, resulting in lesser stocking of the fish.

There is urgent need to curb overfishing in a bid to restore the dwindling marine population in a couple of years. Limiting fishery activities will allow fish to breed and reproduce, and well will eventually have a great supply of fish available again.

Bycatch leads to the capturing of marine animals that are not used or required. The animals may include protected or endangered species or species that are of little or no economic value. If caught, they are normally destroyed and discarded either in the water or ashore.

Fish farming requires feed for reared fish. For example, you will need between four and eleven pounds of prey fish to raise just one pound of farmed salmon.

With the rapid expansion of the aquaculture industry, prey fish population is reducing at alarming and untenable rates. According to some researchers, if this trend continues, fish farming will have outstripped the supply of fishmeal by 2020.

Millions of people around the world have pegged their livelihood and nutritional needs on fishing. Oceans have supplied us with sufficient seafood for years, but that is no longer the case.

Overfishing and untenable fishing practices over the last couple of decades have stripped the oceans of their fish supply. And this has affected many people’s everyday way of life and source of income. With no valuable fish left in the waters to fish, the fishing industry is on the verge of collapse.

Fishing boats, trawlers, and vessels hurt marine life not only through overfishing but also through oil and liquid, and chemical spills.

You may think that oceans are so expansive that these are not significant threats. However, a slight pollution by thousands of fishing vessels every day results in a massive disturbance. And water pollution has grave consequences to both aquatic and terrestrial lifeforms.

We may dismiss overfishing as a harmless practice oblivious to the fact that it is causing untold harm to the world’s ocean and marine life. Overfishing depletes the population of adult fish and doesn’t leave enough fish to reproduce and replenish their dwindling numbers. This can be attributed to poor fisheries management, unsustainable fishing, economic needs, as well as illegal and unregulated fishing. And its effects include marine life imbalance, loss of income, and harvesting of endangered marine species.