What is a Galaxy?

All stars are linked by gravity forces, so they have a common movement. For us, the most important is our galaxy called the Milky Way. Seeing it from long distance, our galaxy looks like a diluted cloud. In the central part of our galaxy, there are about 100 billion stars. Our Solar System is located at about 26,000 light years from the Galactic Center and circulates around it at a speed of 230 km/s. At that speed, the Sun made a full circle around the center for 200 million years. In addition to stars and planets, galaxies contain clouds of stars, atomic hydrogen, molecular hydrogen, complex molecules of hydrogen, nitrogen, carbon, silicon and other elements.

“A galaxy is a gravitationally bound system of stars, stellar remnants, interstellar gas, dust, and dark matter. The word galaxy is derived from the Greek galaxias (γαλαξίας), literally “milky”, a reference to the Milky Way. Galaxies range in size from dwarfs with just a few hundred million (108) stars to giants with one hundred trillion (1014) stars, each orbiting its galaxy’s center of mass.” 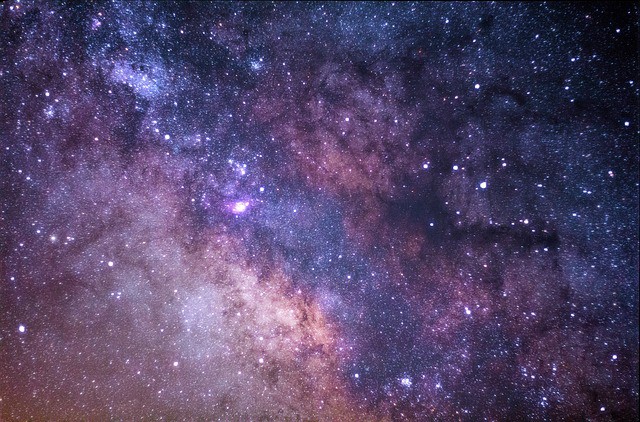 Stars and gas clouds circle around the center of the galaxy. Astronomers believe that most galaxies rotate around a black hole, an object that attracts great gravitational force, even light. The rotation period lasts more than 100 million years. Space exploration is based on optical research. Most of the discoveries about the universe came from the presence of hydrogen clouds that radiate electromagnetic radiation. The farthest known galaxies are blue because of the warmth of the young stars they contain. Observing these galaxies from Earth is difficult due to light and radiation that are mostly blue ultraviolet, and ultraviolet light is blocked by the Earth’s most atmospheric atmosphere.

READ:  20+ Splendid Facts About Black Holes That Will Stir Your Curiosity

In addition to our Galaxy in the universe, there are many other galaxies that differ from each other in shape and size. We divided all the galaxies into 3 types: elliptical, spiral and irregular.

The elliptical galaxies are in the form of a flattened spheroid, and the circling around its axis is very slow. Due to its visual similarity, the observer can easily mix them with a ball-shaped star flock. Elliptical galaxies can be distinguished from each other in a form of flattening: from ball to ellipsoidal. These differences are marked with numbers from 0 to 7.

So that implies the star E0 has a spherical and E7 flat shape. It consists of old stars, followed by a small amount of dust and gases and with several newly formed young stars. By size, they can be very different from dwarfs like the M 32, to giant galaxies. A nice example is the NGC 6186 galaxy that has ten billion stars. These galaxies make up about 25% of all existing galaxies.

The elliptical galaxies were built mostly of red and yellow stars, giants and dwarfs, but lacking blue and white supergiants. Gas is almost absent in elliptical galaxies after it was sucked by stars. The stars are mostly very old (1010 years old). The glow of elliptical galaxies falls slightly from the center to the periphery. These galaxies, if they rotate at all, make it very slow.

Spiral galaxies, which include our galaxy, the Milky Way, make very bright and flattened galaxies. They belong to the most beautiful creations that can be seen in the sky. They consist of a glossy core from which the long branches are bent in the spiral. But this is what they look like only when viewed from the top (when we are plotting their rotation at right or some similar angle).

Viewed from the side, you can see a disc with a noticeable core while the dark matter line passes along the entire disk’s equator. These galaxies abound in blue and white supergiants. The general characteristic is that two oval arms emerging from the central part are opposite to each other. The spirals are dominated by hot stars, Cepheids, super-giants, ragged flocks and clouds of interstellar gas and dust. They are the most numerous of all galaxies and makeup 62% of all galaxies in the universe.

Spiral galaxies can be divided into ordinary (normal) galaxies and barred (transverse spiral galaxies). Often areas that contain glittering young stars are grouped into spiral arms can be spotted circling around the galaxy. The Kraks are a particularly interesting story because they seem much more persistent than they would have been said at first glance. As the stars are closer to the core, they move faster than those that are on longer orbits should shrink more and more (winding) until they finally enter a single disc. But this does not happen.

The solution of this puzzle was offered by an interesting theory by which only a larger concentration of stars is shorter, but they do not always consist of the same stars. The stars actually pass through the legs, staying longer in them, because their exit from the arm slows the gravity of the stars behind them (those who just entered the leg). This means that the stars in these galaxies do not move at a constant speed: when they approach the arm move rapidly, and when they go out slowly.

Incorrect galaxies make up a special group that has neither symmetry nor the usual signs of other galaxies. Their weight is small and they are shiny. Their irregular shapes imply that they have no rotational movement and are immersed in interstellar matter. There are a large number of blue stars in them, which means they are young stars that are formed. They are marked with the symbol Ir and in the total number of all galaxies participate with 3%.

A typical specimen of this kind of galaxy is the Big and Small Magellanic Cloud, the satellites of our galaxy that are about 150,000 gs from us. They are usually located near the large galaxies and their appearance is probably the result of a collision with much larger galaxies. And among the irregular galaxies, there is some specificity in which they are divided into two subclasses. Subclass II is brighter, have a complex structure, and in some of them, traces of spiral arms are observed. Usually, these galaxies are in pairs, which could speak of former spiral galaxies whose shape is interrupted by the mutual gravitational effect.

Almost all galaxies have a tendency to gather in a group of galaxies. So far, over 3,000 such groups are known. Our galaxy is located in a relatively small galactic group with another 33 galaxies and is called the Local Group. There are far greater galactic groups. One of the biggest groups we know about is located in the constellation Coma Berenices. This group has over 30,000 galaxies. All this cluster of galaxies together with all matter and energy is a galactic meeting called Metagalaxy. It is assumed that it has about 10 billion galaxies whose mass is about 10 to 15 masses of the Sun.