25 Phenomenal Facts About the Water Cycle

Water is in constant movement on the Earth’s surface, atmosphere, and underground through the processes of evaporation, condensation, precipitation, runoff, and transpiration. This movement is what is referred to as the Water Cycle.

“The water cycle, also known as the hydrological cycle or the hydrologic cycle, describes the continuous movement of water on, above and below the surface of the Earth. The mass of water on Earth remains fairly constant over time but the partitioning of the water into the major reservoirs of ice, fresh water, saline water and atmospheric water is variable depending on a wide range of climatic variables.”

Here are 25 phenomenal facts about the Water Cycle that you need to know today. 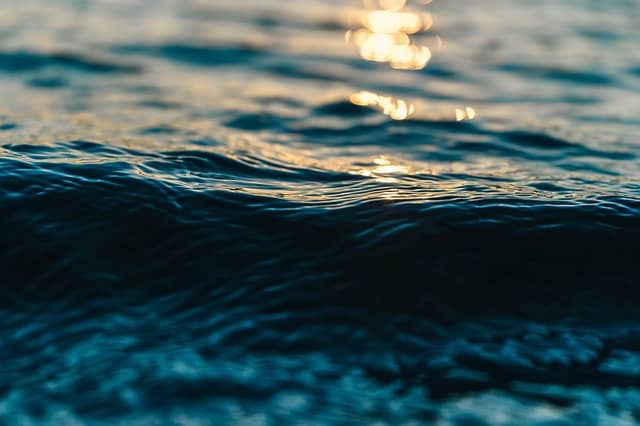 Fact 1. The water cycle plays an integral role in regulating the Earth’s Temperature – Water is important for the Earth to maintain healthy temperature levels, and hence the significance of the water cycle.

Without the cycle, the Earth would either become extremely hot or extremely cold, resulting in untold problems on the planet.

Fact 2. Water exists in three different states in the water cycle – Besides being liquid, water can also exist as vapor (gas) and as ice (solid). While the amount of water on earth remains constant, the amount of water that exists as either liquid, solid, or gas always vary. According to scientists, the climate change is set to have a significant impact on this in the near future.

Fact 3. There’s energy absorption and release during the water cycle processes – Every time water changes from one state to another, or when it moves from one place to another, it will either produce or absorb energy.

Fact 4. We can only see 0.3% of all freshwater – Visible water sources, which include lakes, rivers, streams, and ponds, account for only 0.3% of the Earth’s fresh water. In fact, the atmosphere contains more fresh water than is contained by all the rivers on earth combined.

READ:  Large CO2 Emissions From the Batteries of Electric Cars

Fact 5. The water cycle gets all its driving energy from the sun – The sun heats water bodies on earth, resulting in evaporation. Water evaporates in the form of vapor into the air. The vapor, in turn, changes into solid forms such as ice, snow, and rain.

The solid water later falls from the sky as precipitation either into existing water bodies or as surface runoff. Besides nourishing human and plant life on earth, the water is also absorbed by the earth into the underground freshwater aquifers.

Fact 6. The chemicals we use have a significant impact on the water cycle – In light of the fact that the water cycle is an unending loop, whatever you wash down the drain will end up in the ground and in the water supply. These could be agricultural chemicals and detergents in domestic washing and cleaning.

Pollutants in the atmosphere will end up on you as well as into the groundwater, all thanks to precipitation. These human-generated pollutants affect every stage of the water cycle. Acid rain is a good example of the effects of the chemicals we use on the water cycle.

Fact 7. Climatic changes translate to changes in the water cycle – Weather changes affect the water cycle. When climate conditions get cold, more glaciers and ice caps develop. As a result, the water level in other parts of the cycle drops.

Conversely, during warmer climatic periods, the ice caps melt leading to increased amounts of water in other parts of the water cycle.

Fact 9. Water cycle was first mentioned about 2000 years ago – According to Chandogya Upanishad, one of Hindu’s most ancient scriptures, “rivers… lead from sea to sea.”

Fact 10. Water moves slowly in the cycle – Water can stay for at least 10,000 years locked up in the polar ices sheets or in underground reservoirs. However, the same water can spend just a couple of days in the atmosphere.

This water is referred to as fossil water. Nonetheless, this water is healthy for use by the time it gets to your glass.

Fact 13. Plants also sweat, contributing to the water cycle – Transpiration is one of the major components of the water cycle. This is basically the process of plants “sweating”. It is one of the ways through which nature gets more moisture into the air, especially during hot and dry periods.

Fact 14. Industries can’t run without the water cycle – There are several surprising facts to support this statement:

Fact 15. Precipitation can occur in more than one form – When the clouds can’t hold any more water, they release it through precipitation process, which can take place in the form of rain, hail, snow, or sleet.

READ:  How To Go Green in College - 7 Easy Steps

Fact 16. About 90% of the ice on Earth exists in Antarctica – The other 10% of the ice mass can be found on other parts of the earth, including the glaciers on mountain tops. Glaciers occupy about 10% of the Earth’s surface. According to some researchers, the sea levels would go up by 70 meters if all the Earth’s glaciers melted today.

Fact 17. Runoff water is the water that falls on the land during precipitation – It seeps into the earth and ends up forming underground water, which serves as a support system for water resources like lakes and rivers. This underground water is in constant motion, thanks to the aquifers, to ensure it stays within the water cycle.

Fact 18. Liquid water could be 4.4 billion years old – The water you drink today could be as old as the planet Earth. In fact, it could be much older than the dinosaurs.

Fact 19. You may not live beyond seven days without drinking water. However, you can go for about one month without food.

Fact 20. Water expands by 9% upon freezing. Ice, which is frozen water, is lighter than liquid water. That explains why ice floats in water.

Fact 21. The oceans account for about 90% of all the water that evaporates into the atmosphere.

Fact 22. Water can sometimes change into vapor (gaseous state) from ice (solid state), without first melting into liquid. This process is known as sublimation.

Fact 23. While water promotes life on earth through activities such as agriculture, industrial processes, and power generation, It can also affect life negatively. For example, about 3.4 million people die every year due to water-related diseases.

Fact 24. A small thunderstorm can generate an average of 2000 tons of rain in about 30 minutes. This is enough water to fill an Olympic-sized swimming pool.