Condensation is the process by which water in the gaseous state reverts to the liquid state on meeting a cooler surface or a region with lower temperature conditions. This process occurs alongside evaporation. Whereas evaporation has to do with the escape of molecules of liquid water from the liquid to the vapor or gaseous state under conditions of high temperature, condensation deals with the reversal of the evaporation process.

Thus, water condensation is the process by which water in the vapor or gaseous state reverts to the liquid phase under conditions lower temperature. Usually, the condensation point of water is the same as the boiling point of water. The point occurs at 212 degrees Fahrenheit or 100 degrees Celsius. 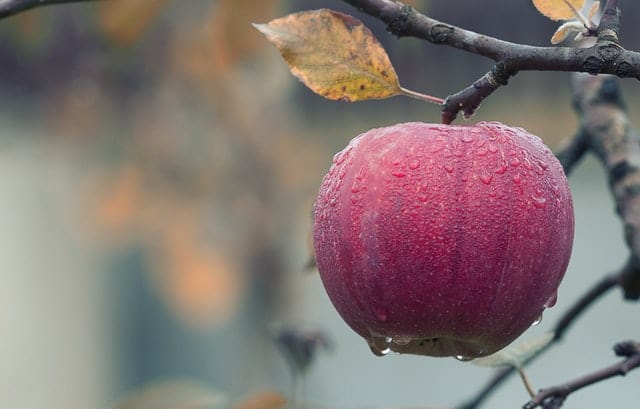 Although condensation occurs at all temperatures between 32 Fahrenheit (or 0 Celsius) and 212 F (or 100 Celsius), it is most noticeable when there is a large temperature difference between an object and the atmosphere.

For instance, you may see beads of water on the outside of a bucket of ice cream on a hot day, which can best be described as condensation in action. Interestingly, three hours later, that bucket of ice cream is now melted and the water on the outside may be gone. However condensation is still happening, just at a much smaller and slower rate, so it may not be noticeable. It should be kept in mind that there is always water in the air, even though we do not always ‘see’ evidence of it.

Molecules can form compounds that are in any of the three main physical states of matter, that is, gases, liquids, or solids. In gases, the molecules are constantly moving and far apart. In solids, they are locked in position close together. In liquids, they are in between: the molecules are close together, but they can move or flow. These forces of attraction between molecules determine which state a substance will be in at a particular temperature and pressure.

Now, considering the concept of water condensation with respect to the Earth’s atmosphere, the fact is that clouds are absent in a crystal clear blue sky, water is still present as vapor and droplets which are too small to be seen.

Most times cloud droplets vary greatly in size, from 10 microns (millionths of a meter) to 1 millimeter (mm), and even as large as 5 mm. The process occurs higher in the sky where the air is cooler and more condensation occurs relative to evaporation. Thus, as water droplets combine (also known as coalescence) with each other, and grow in size, clouds not only develop but precipitation may also occur.

The process of precipitation is essentially water in its liquid or solid form falling from the base of a cloud. Interestingly, this seems to happen too often during picnics or when large groups of people gather at swimming pools.

Most nights, clouds act as a ‘blanket’ keeping a portion of the day’s heat next to the surface. Worthy of note is the fact that hanging cloud patterns modify the Earth’s energy balance, and, in turn, temperatures on the Earth’s surface.

Clouds form in the atmosphere because air containing water vapor rises and cools (due to differences in temperature and pressure differences). A key to this process is that air near the Earth’s surface is warmed by solar radiation.

Because air has mass (and, because of gravity on Earth, weight) and at sea level, the weight of a column of air pressing down on your head is about 14 ½ pounds (6.6 kilograms) per square inch. Air pressure (weight) called barometric pressure is a consequence of the density of the air above.

Since the total heat content of a system is directly related to the amount of matter present, it is cooler at a higher elevation which accounts for the return of the cloud of gases as droplets of water usually referred to as ‘rain’.

Condensation is the process by which matter is converted into a denser form, as in the liquefaction of vapor or steam. Condensation is the result of the reduction of the temperature by the removal of latent heat of evaporation, the liquid product being known as condensate.

The removal of heat shrinks the volume of the vapor and decreases the velocity of, and the distance between, molecules. According to the kinetic theory of the behavior of matter, a loss of energy will lead to the transformation of the gas into liquid condensate. Condensation is an important part of the process of distillation and in the operation of steam engines, where exhaust steam is converted back into the water by a device called a condenser.

However, in the vapor form, reduction in temperature causes the water molecules in their free state (gaseous) to become denser and eventually drop as liquid water after being saturated and highly dense. Thus, the molecule with very high kinetic energy becomes extremely weak and low in energy when it comes in contact with regions of lower temperature. It thereby brings about the condensation of water.

1) When cold soda is taken on a hot day, it “sweats”. This is because the water molecules in the air as a vapor hit the colder surface of the can and turn into liquid water.

2) The dew forms in the morning on leaves and grass because the warmer air deposits water molecules on the cool leaves.

3) The frost on the outer surface of the ice bucket indicates that evaporated water is condensed again.

4) More often than not, the mirror in bathrooms during a shower becomes foggy because warmer water vapor in the air hits the cooler surface of the mirror.

5) Air vapor that we can see with the naked eye on a very chilly day.

6) Essentially, clouds are formed by condensation; warmer air comes into contact with cooler dust particles and the vapor deposits into a liquid on those particles forming clouds.

7) In the morning, when you get into your car and you are breathing warmer air, the warm air comes into contact with the cooler windshield and forms a foggy window.

8) The fog that appears on the sunglasses when put in front of hot steam.

9) Water vapor from the boiling water that reaches the lid of the container is transformed into droplets due to condensation process.

10)  When taking a bottle from the fridge, it generates a film of condensed steam on its exterior.