25+ Amazing and Unknown Facts About Sheep

Sheep have a vibrant history, and they can be linked back to biblical times. It was around 10000 years before in Central Asia when sheep were domesticated. The oldest organized industry was raising sheep. The United States is known for sheep rearing. Out of 900 different breeds around the world, there are over 40 breeds of sheep in the US. Here are 25+ amazing facts about sheep that one should know. 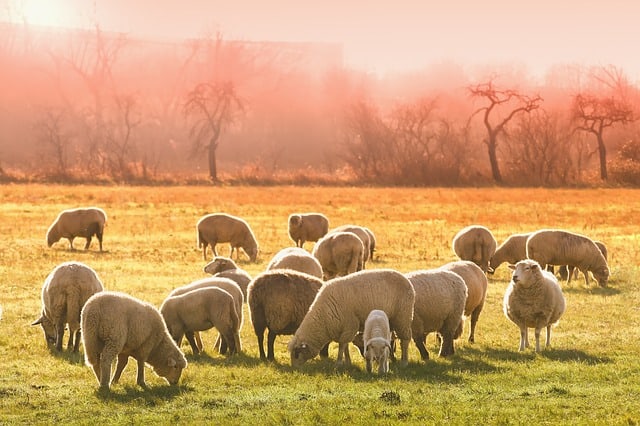 Fact 1: What do sheep called?

The male sheep are known by “ram” or “buck,” while the female sheep is called a “ewe.” A “wether” is a castrated male sheep, whereas a baby sheep is called a “lamb.” Sheep are usually over one year of age, and lambs are less than one year. Another sheep-type called yearling is found to be between 1 to 2 years. This category of sheep may or may not have produced offsprings. Moreover, a flock is a group of sheep.

Sheep are very social creatures. They are precocial or highly independent from birth, and also gregarious, which means animals who like to be in a group.

Fact 3: Products made from Sheep

Wool is a fiber made from the fleece of the sheep. It is durable, insulating, wrinkle-resisting, fire-resistant, and moisture-absorbing. It is, therefore, an ideal fabric for making sweaters, coats, rugs, blankets, and much more. Merino and Rambouillet sheep are known for their fine wool.

Wool sheep usually are shorn once a year, which is called shearing. The cut-off wool is washed, and then cleaned wool is dyed to give it color. The wool is combed and spun to get yarn. The “raw wool” is usually processed through 70 steps to make it of the highest quality.

Wool of domestic breeds like Merino grows lifelong. However, in the case of wild sheep and hair sheep, the breeds that naturally shed are exceptional. There were instances like in 2004 when Shrek, the Merino sheep when given hair cut after six years, it was broadcasted on New Zealand national television and the wool derived from it could easily make 20 men’s suits. Similarly, in 2015, a sheep named Chris found in Canberra, Australia, unloaded 89 pounds of fleece.

Fact 7: How much Wool do they Produce?

The wool production capacity of sheep usually depends on their breed. A sheep can produce between two and 30 pounds of wool a year, and one pound of wool from sheep can make 10 miles of yarn.

Sheep fighting is a part of a festival such as Eid-al-Adha, a Muslim Festival for Sacrifice in some countries.

Sheep have an incredible peripheral vision because of their large rectangular pupils. Their vision is estimated between 270 and 320 degrees, whereas average humans have 155 degrees. This kind of surround vision for the eyes is beneficial for prey animals. Also, they can see behind themselves even without turning their heads!

Sheep are ruminant that denotes any hoofed animal that digests food in two steps. They first eat the raw materials and regurgitate a semi-digested form known as “cud,” then they chew the cud. Other ruminants include goats, cattle, deer, camels, llamas, giraffes, bison, buffalos, etc. Sheep usually have four parts in their upper digestive tract or four-chamber stomach.

Fact 12: Philtrum is an Advantage

Sheep have an upper lip that has a pronounced groove divided into the left and right side called philtrum. Sheep are considered grazers, and this philtrum helps them get close to the ground than other ruminants to select the preferred leaves.

Sheep do not have any teeth in their upper front jaw. They have 24 molars and 8 incisors in total.

Sheep are seasonal breeders. The best breeding time is from early fall to late winter. However, there are some breeds like Dorset that can be bred year-round.

Estrus (heat) is the period when ewes are receptive to mating and is of typically 24 to 36 hours.

The ovulation time is 24-30 hours from the beginning of estrus. Ewes cycle every 14-19 days during the season of breeding. The gestation (pregnancy length) period is 145-155 days for ewes. Breeding per year is 1-2. The process of giving birth to an offspring is called lambing.

Puberty varies depending on the breed, which is 5-8 months of age for ewe lambs and 6-8 months for ram lambs. The act of breeding is called “tubing.” The minimum breeding age varies between 8 to 10 months for ewe lambs. During a 60 day breeding season, a single ram can service 30 to 35 ewes.

In flocks of domestic sheep, around eight percent found to be gay. They show a same-sex preference for life, and with sheep, it’s a life-long propensity.

Fact 16: They are almost Everywhere

Domestic sheep are highly adaptable to exist in a wide variety of habitats ranging from temperate mountain forests to deserts worldwide.

Sheep’s life expectancy is between 6 to 12 years. The average body temperature is 102.5 F, and the average rate of respiration is 16 breaths per minute. Their average pulse rate is 75heartbeats/minute.

At the time of birth, the weight for lambs may range from 5 to 8 pounds. Depending on the breed, the mature female ewes weigh from 90 to 300 pounds. The mature ram weighs between 150 to 450 pounds.

The very first mammal to be cloned from an adult cell was a Finnish Dorset sheep, Dolly, in 1996. Dolly was named after eminent singer Dolly Parton. She was euthanized in 2003 because of lung disease.

Sheep can recognize around 50 different sheep or human faces for years. They can also recognize human faces. They are even capable of solving problems. They have IQ levels similar to cattle and cleverness as pigs.

Fact 22: Help a Sheep if they’re on their Back

If sheep are somehow fallen onto their backs being overweight, pregnant, or having dense fleece, they’re called cast sheep, and they can’t right themselves from that position. Thus, they should always be given a helping hand to roll them back over. If it is left on its back for too long, it will eventually die.

Sheep are born with long tails. Their tails are surgically shortened or docked shortly after they are born for cleanliness. Still, in some parts of the world, the tails are left undocked.

In general, sheep feed mainly on grasses, hay, and grain. They consume 2 to 4.5 pounds of food daily. It feeds on its mother’s milk only for the first 4 months. Copper is regularly used in the diet of sheep at about 8-11 parts per million. Domestic sheep are extremely hardy and can survive on a diet giving energy such as only cellulose, starch or sugars, and a nitrogen source that needs not be protein.

Fact 25: US Presidents had a Close Connection with Sheep

Surprisingly the story of preference for sheep among many US Presidents often came into discussion. Presidents who raised sheep were George Washington, Thomas Jefferson, and James Madison. George Washington used to raise sheep on his Mount Vernon Estates.

James Madison was sworn in as president wearing a coat spun from the wool of his sheep raised on his Virginia farm. During World War I, President Woodrow Wilson kept a flock at the White House lawn to trim the grass economically as well as to show support for the war effort.

Sheep are known to treat themselves when they suffer from some illnesses. They eat specific plants that can cure them. There are also very few medications developed to be applied to sheep. 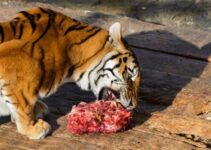 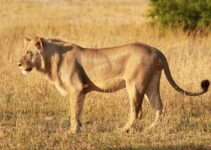