What is Chemical Energy?

Chemical energy is one of the various forms energy can take, including kinetic energy, mechanical energy, and thermal energy. It is energy stored in the bonds of chemical compounds, such as sugar and gasoline. It is one of the most convenient forms we have for storing energy. Chemical energy comes in different forms and may be released during a chemical reaction, usually in the form of heat. 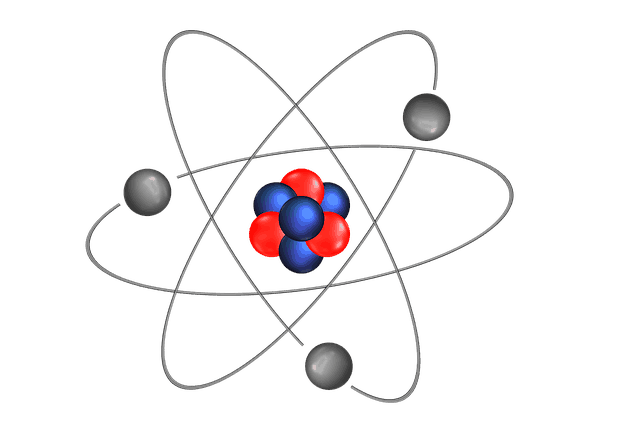 Examples and Sources of Chemical Energy

Let’s look at a few common examples and sources of chemical energy. This will help you have a clearer understanding of this form of energy.

Fossil fuels such as gas and methane are some of the most important forms of chemical energy in the world’s economy. All you need to do is provide a source of ignition to the fuels. This will instantly transform the liquid fuels from their chemical state, generating a massive amount energy in the process.

There are numerous ways to harness that energy, especially for the purposes of transportation. For instance, when you step on your car’s accelerator, the gas is transformed into mechanical energy. The mechanical energy subsequently sets your car in motion, which then generates kinetic energy.

Did you know that the food you eat is a form of stored chemical energy? It is actually the energy your body uses to move around and perform various functions.

The sun provides solar energy for plants to grow. The energy is then converted into chemical energy in the plant tissues. When you cook food, some of the energy is released from the food’s chemical bonds due to heat energy being applied. Once you eat the food, the digestive process further converts the chemical energy into a form that your body can utilize.

Explosives also store chemical energy. Their molecules are composed of atoms that can reorganize themselves into other molecules, which have much less energy. When that happens, the excess is released as heat and light.

READ:  Is Oil a Renewable Resource? How is it Extracted and Environmental Impact of Using Oil as a Fossil Fuel

Today’s explosives are normally nitrated organic compounds. Namely, they’re carbon-hydrogen compounds with nitrogen-oxygen groups added to them. This results in a relatively unstable structure. What does that mean?

The existing bonds would break with just a small stimulus. The atoms will then rearrange themselves into molecules with much less energy. The light and heat released, along with the rapid transformation of a substance into gases, generates a ferocious explosion.

While atoms of some elements can easily donate electrons, others like to receive electrons. This is the concept under which batteries function. Namely, two different substances can be arranged in such a way that electrons flow from one substance to the other when they’re connected in a circuit, producing an electric current.

A vast range of different materials can be used to transform chemical energy into electricity in this way. This is why we have various types of batteries that can be used to power different types of gadgets and electronics, including phones, computers, drones, cameras etc.

When you consume plant material, the glucose molecules are broken down to produce water and carbon dioxide. Carbon dioxide and water, together, have much less energy compared to sugar. Hence, the excess energy is released.

Cold packs used in sports are another great example of chemical energy. The inner pouch is filled with water. When it’s broken, it reacts with the ammonium nitrate granules, forming new bonds in the process. It also absorbs energy from the surroundings during the process. Chemical energy is stored in the new bonds, resulting in the decrease of the cold pack’s temperature.

Coal is one of the best examples of chemical energy, especially when it is used to generate electricity. Let’s have a deeper look at this.

Coal stored in a reservoir is fed into a boiler, where it is burned at exceedingly high temperatures. This results in the release of chemical energy in the coal in the form of thermal energy. The thermal energy is then used to boil water in tanks to produce steam.

Subsequently, the steam is directed through tubes attached to spinning shafts. The shafts are connected to a generator, which produces electricity from the process.

Wood is a readily available source of chemical energy and has been used since ancient times to generate heat and energy. When you burn wood, the chemical bonds in its structure are broken down. As a result, both light energy and heat energy are produced. In the process, the wood is changed into ashes, a chemical material with completely different properties.

That said, let’s look at some interesting facts about chemical energ ythat you should know.

Today, chemical energy is the world’s most widely used source of energy. You should realize, however, that it is a non-renewable source of energy. That means that you have to use it wisely. The future generations will also need it.

That said, here are some other interesting factors about chemical energy:

Fact 1: In chemical reactions, bonds of chemical substances are broken down, resulting in the formation of new bonds. Light energy and heat energy is released in the process. The energy can then be used for different purposes.

Fact 3: When two simple elements combine to form a more complex substance in a chemical reaction, the process is called synthesis.

Fact 4: During combustion, chemical energy in the form of heat is produced when oxygen mixes with other materials to form carbon dioxide and water.

Fact 5: A chemical reaction in which a substance gives out some of its atoms to another is known as single displacement.

Fact 6: A chemical reaction in which a substance exchanges some of its atoms with atoms of another substance is called double displacement.

Fact 7: Decomposition occurs when a complex substance is broken down into simpler substances in a chemical reaction.

Fact 8: The process of breaking down food to release chemical energy is known as digestion.

Fact 9: You can also use chemical energy stored in certain inorganic compounds. For instance, you can use the chemical energy of the phosphorous compound on the head of a matchstick to produce light and heat energy.

Chemical energy is the energy stored in chemical substances, which forms its energy inside molecules and atoms. Essentially, every compound contains some chemical energy, which can be released when its chemical bonds are broken. Examples of substances containing chemical energy include wood, food, fossil fuels, and batteries.