What are Wildlife Sanctuaries?

Wildlife sanctuaries are those areas where animals and plants are well-protected from external disturbances. These sanctuaries call for the complete prohibition of capturing or poaching animal habitats. Their goal is to establish a comfortable environment for the animals inhabiting the area.

Several wildlife sanctuaries like the Black Beauty Ranch of Texas or the Duchess Sanctuary of Oregon are created to offer a safe space for the animals that were neglected in the past. Others like the Elephant Nature Park of Thailand and the Lone Pine Koala Sanctuary of Australia are dedicated to specific animals like the elephant or the koala. 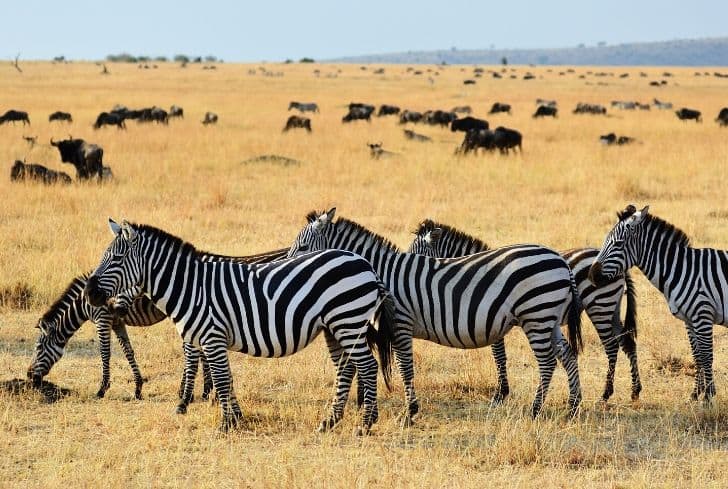 Animal sanctuaries are characterized by massive forests, sprawling blue water bodies, and lofty mountains. In this article, we will discuss these sanctuaries in detail and learn more about them.

Why are Wildlife Sanctuaries Important?

The benefits of wildlife sanctuaries are manifold. Let’s take a closer look at them!

Several animal species are on the verge of extinction as their primary natural habits are getting rapidly decimated. Wildlife sanctuaries effectively protect these habitats, allowing animals a safe spot for breeding and comfortably surviving. Without these sanctuaries in place, more animals are under the risk of extinction. So, in a way, these sanctuaries offer the landscape that wild animals genuinely need. Over time, they also assist in preserving these species.

Animals aren’t the only ones who are on the verge of extinction. Lands like mountains, hill forests, dunes, and plains have a similar risk as humans are constantly destroying them for their vested interests. Several landscapes also have significant risks of being polluted. So, when they are conserved under the status of a wildlife sanctuary, they are preserved better. The landscapes in wildlife sanctuaries are well-protected from urbanization, pollution levels, and destruction.

READ:  Can Squirrels Swim? (And Can They Drown?)

Wildlife sanctuaries often turn out to be a cultural hotspot. In addition to flora and fauna, these sanctuaries are also dotted with different structures that help us understand how these areas were established in the first place. They are, therefore, of immense historical and cultural significance.

Wildlife sanctuaries across the globe are heavily involved in ecotourism. Thanks to this, many indigenous individuals and tribes have easier access to jobs and economic development. These areas are also popular among tourists for nature walks and a range of other activities.

Wildlife sanctuaries have a key role in conserving biodiversity. Several sanctuaries are involved in the following activities:

These activities collectively assist in conserving and preserving biodiversity.

How Do Wildlife Sanctuaries Help the Wildlife?

Wildlife sanctuaries help animals in more ways than one. In this section, we will take a closer look at the benefits these sanctuaries pose for wild animals.

As previously mentioned, wildlife sanctuaries are like a safe haven for endangered animals. On Kangaroo Island, for instance, the sanctuaries of the Fleurieu Peninsula assist in conserving the special habitat of cockatoos. Several other sanctuaries around the area are known to conserve the lizards inhabiting the grasslands of nearby districts.

Wildlife sanctuaries are also known to give animals a much needed ‘second chance’. This especially applies to animals that are physically hurt. All the animals making their way to a sanctuary are preserved throughout their lifetime. They receive proper and special care in a completely natural setting. They get a second chance to live and thrive.

Over time, several animals (both domesticated and non-domesticated) end up in situations where they are thoroughly neglected. Sanctuaries like the England based Tiggywinkles sanctuary solely exist to treat and give more attention to these injured or neglected species. Here, species like hedgehogs, birds, and a range of badgers get proper and uninterrupted attention.

Other sanctuaries across the globe are known to assist in similar efforts. In addition to taking care of endangered species, these sanctuaries have special programs for rescuing wildlife from local zoos, circuses, and illegal farmlands.

Even average domestic animals like horses find themselves in abusive situations. Animal sanctuaries give them special attention depending on their behavioral conditions.

Overexploitation can be best defined as animal harvesting at an extremely rapid pace. The rate here is often quicker than the animal’s recovery abilities. Although this is primarily common in fishing, other animal groups like mammals, domestic or wild birds, and reptiles are susceptible to the same threat.

The problem with overexploitation is simple: if multiple individuals of a specific specie are overexploited, the specie might be on the brink of extinction wherefrom it can never recover. One of the biggest instances of this problem can be seen in fishes. Over the last century, certain species of fish like salmon or tuna have been massively overexploited, so much so, that there’s a sharp decline in the size of the new fishes. This has also affected the natural breeding of fish.

Since wildlife sanctuaries are committed to conserving these animals, multiple species are duly preserved, and the instance of overexploitation can be effectively prevented.

Poaching is perhaps one of the biggest threats to wildlife. Certain species, especially the ones that are almost endangered, are heavily poached for their economic value. Elephants, tigers, sea turtles, rhinos, lemurs, and gorillas are often poached for their tusk, skin, shell, horn, and other body parts.

The more uncommon poaching targets are eventually harvested for jewelry, souvenirs, medicines, and even food. Since poachers especially target the already threatened animals, it leads to the decline of the animal population that’s already minuscule in number.

Wildlife sanctuaries prevent poaching and therefore, in a way, allow them with a second chance.

Habitat destruction, as evident from the name, drastically reduces the habitable spots for wildlife. Over time, it breaks down the long stretches of habitat, fragmenting a larger landscape. This way, the bigger wildlife population is almost instantly fragmented to smaller groups.

Human-driven fragmentation continues to be one of the biggest drivers of extinction in species. Chopping down forests, encroaching into forested areas for agriculture, or using natural territories for urbanization, collectively leads to fragmentation.

As you’d probably guess, fragmentation enhances the vulnerability of wildlife as it directly reduces their inhabited space. It also depletes their resources and increases the possibility of human-animal conflict.

It is also worth noting that fragmentation leads to small habitats, that support a small population, which has a higher possibility of going extinct.

Reduces the Scope of Pollution

If humans live in proximity to wildlife, the animals are more likely to be exposed to a range of pollutants. Even indirect exposure to these pollutants might result in grave damage. Since wildlife sanctuaries are established in deeply forested areas with lush greens, animals are no longer susceptible to pollution.

Provides an Opportunity for Breeding

When animals inhabit wildlife sanctuaries, they have a safe spot for natural breeding. Since they are no longer under any major threat, living and breeding become easier.

Wildlife sanctuaries are imperative for the protection, monitoring, and conservation of the wild habitat. Since some sanctuaries are also open to humans, we too get an opportunity to witness these species up and close in their natural habitats. 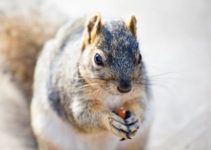