Deforestation persists to be one of the biggest environmental challenges in the world. More and more forests are cleared to create room for farming and the extraction of timber among other raw materials. In many parts of the world, the original forest cover areas have been reduced by more than 20% and some areas have been completely deforested. This calls for a serious action against deforestation because it is constantly contributing to more serious environmental problems. Global warming and wildlife destruction are just a few among the very many environmental problems in the list attributed to deforestation. Here are 20 solid reasons to stop deforestation.

Forests … are in fact the world’s air-conditioning system—the very lungs of the planet—and help to store the largest body of freshwater on the planet … essential to produce food for our planet’s growing population.
~ Charles, Prince of Wales

READ:  What is Soil, its Importance and What Are Different Layers of Soil 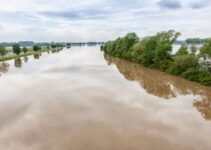