Global warming and climate change are hot topics in the news media and legitimate concerns for those educated on the topics. Global warming is a result of greenhouse gases polluting the atmosphere. When gasses are emitted, the pollution remains within the atmosphere, creating a shield type of blanket around the Earth. This shield of pollution traps in heat and warms the Earth.

While some may argue that a warmer Earth is not an issue, a warm Earth not only affects temperature, but glaciers, natural land, and water systems. Global warming is not simply a warming of the winter, global warming is destructive force aimed to eradicate our modern luxuries.

The major types of emissions from the greenhouse gases released by people’s simple everyday activities are:

There is more methane in our world’s atmosphere now than in the past 800,000 years! This number has risen to an incredibly high amount in large part due to the human extraction of fossil fuels which releases large quantities of methane. Wetlands and agricultural expenditures all emit methane as well.

F-gases are a bit more difficult to pronounce and remember as we go about our daily activities. One can easily recall carbon dioxide and methane as pollutants, but many of the F-gases are disregarded. Another reason for disregard of these atmospheric dangers is their seemingly low impact on the environment. At less than ten percent of the total pollution in the atmosphere, other gases may rank lower on the scale for environmental groups to focus on.

Water vapor is a natural occurrence of climate change and continues in a never ending cycle further melting the polar ice caps and contributing to pollution. ‘Other gases’ linked in the F-gas category can be changed rather easily by individuals and communities if people are aware of the products that contain them.

When communities are educated and aware of their contribution to pollution, most will attempt to reduce their emissions. F-gases can be reduced rather simply.

Molecules from nitrous oxide are destroyed through chemical reactions but have a long life span of over one hundred years. Nitrous oxide molecules are small and may not be seen to be quite as dangerous as carbon dioxide, but the impact of a small molecule is more detrimental. One pound of nitrous oxide contributes three hundred times the atmosphere pollution than the same amount of carbon dioxide.

READ:  Is Recycling a Weapon Against Global Warming?

Global warming derives from greenhouse gases and carbon dioxide. It is estimated that 1,750 human related activities are involved in creating dangerous emissions. While burning fossil fuels are the key component of human related emissions, many of the emissions derive from our simple tasks taken for granted each day. Greenhouse gases are emitted when engaging in the following activities:

Another issue with global warming that is not discussed often is the gas produced through water vapor. As the Earth begins to warm and the ice begins to melt, a water vapor is released from the ice and evaporating water. This evaporation cycle creates a water vapor released into the atmosphere further heating the environment. Carbon dioxide is not the only cause of atmospheric pollution, water vapor aids in the creation of a gas shield that surrounds our planet trapping in heat.

The atmospheric warming caused by pollution is a seemingly never ending cycle. Despite knowing the risks of the environmental pollution, little has been done to increase our environmental sensitivity to in solving this growing problem. We may not be able to control volcano eruptions, solar activities, and other natural environmental actions that create excess gas, but we are able to control our personal emissions.

Keeping these facts and figures in mind when contemplating environmental issues will help people take action to resolve the issues of greenhouse gas emission and the erosion of our atmosphere. Working together, everyone can make a difference by simple alterations to their lifestyle. By banding together, individuals can form groups and coalitions to battle their local sources of greenhouse emissions. When local issues are solved, individuals and groups may work together to lobby federal lawmakers to enact legislature to combat further greenhouse emissions.

Solutions to greenhouse emissions are relatively simple in nature but require a large amount of people to enact to reap the full reward. The atmosphere has been becoming more polluted year after year for over two hundred years. Solving the greenhouse gas problem may not be as quick as we need, but the problem has been evolving for centuries. Small acts now, and enacted for the upcoming centuries, may help eradicate the issue at hand. 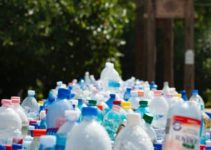 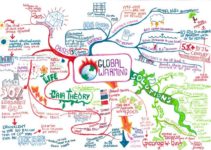 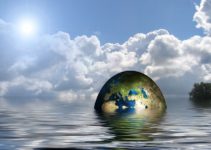 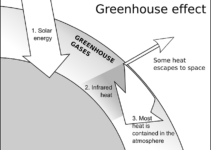