Biodiversity, or Biological Diversity, is the sum of all the different species of plants, animals, fungi and microbial organisms that live on Earth, including the various ecosystems in which they live on. Biodiversity also includes the genetic information that these organisms contain. 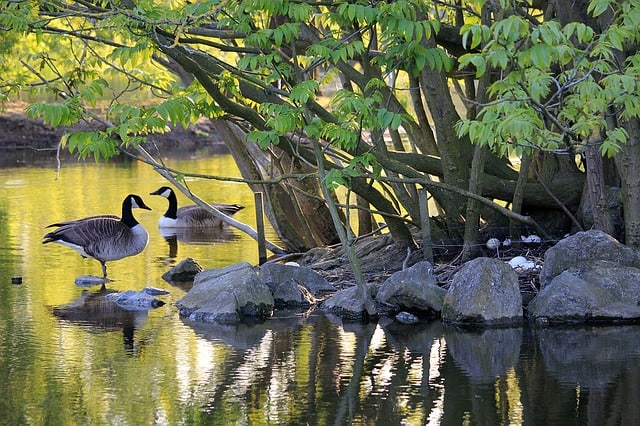 Biodiversity is normally approached at three levels, which work interdependently to create the complexity of life on Earth. Shall we look at the 3 levels of biodiversity?

Biodiversity is wide-ranging and is normally divided into three types or levels:

Let’s have a detailed look at them:

All species on Earth are somewhat related through genetic connections. And the more closer a species is related to another, the more genetic information the two species will share. These species will also look more similar.

The closest relations of an organism are members of its own species. Members of a species share genes. Genes are the bits of biochemical information that partly determine how an organism looks, behaves, and lives.

Moreover, members of a species share intricate mating behaviors. These behaviors help them to identify each other as potential partners. Virtually every species in an environment has a similar and closely related species in a neighboring environment.

Even when placed in the same environment, eastern and western squirrels don’t mate because they are two different species.

These animals share various features such as muscle anatomy, number of teeth, as well as shape and details of the skull. And all of them are rodents, which are in turn related to a broader group known as mammals.

Mammals share characteristics such as hair, three bones in the middle ear, and breastfeeding their young. Likewise, all mammals are distantly related to vertebrates. Vertebrates are animals with backbones.

Every animal has the same cell structure as fungi, plants, and some microorganisms. Lastly, all organisms have ribonucleic acid (RNA) molecule. Moreover, most of them have deoxyribonucleic acid (DNA).

All these imply that species have come from one, common ancestor. However, they diverge and develop distinctive attributes with time, and hence promote biodiversity in their own unique way.

A wide variety of species exists in an environment. And that’s what is referred to as species diversity. Species are the standard measure of biological diversity in light of the fact that they are the basic units of biological classification.

The number of various species in a given ecosystem or environment is described as Species Richness. The total number of species in the world is about 10 million. However, only 1.75 million species have been named scientifically to date.

Some regions have many species. Tropical North and South America, for example, have approximately 85,000 flowering plants. Tropical and Subtropical Asia have at least 50,000 while tropical and subtropical Africa has about 35,000.

Conversely, all of Europe has about 11,300 vascular plants. Other environments such as a polluted stream, have incredibly low numbers of species.

Ecological or ecosystem diversity is the variety of ecosystems in an area. It involves the complex network of various species present in the ecosystems and the dynamic interactions between them. An ecosystem is made up of organisms from several different species living together in an environment and their connections through the flow of nutrients, energy, and matter.

An ecosystem can cover a small area, like a pond, or a large area, like an entire forest. The primary source of energy in virtually every ecosystem is the sun whose radiant energy is transformed into chemical energy by the plants.

Animals eat the plants, allowing the energy to flow through the systems. The animals are, in turn, eaten by other animals. Fungi decompose organisms to obtain energy and in the process recycle nutrients back into the soil.

Due to its various benefits, biodiversity needs to be conserved. In that light, let’s take a quick look at methods of conserving biodiversity.

There are two types of biodiversity conservation methods:

In situ conservation is advantageous in several ways, including the following:

However, in situ conservation is not without a shortcoming. It requires an extensive area, which can be difficult due to increasingly growing demand for space. In situ conversation of biodiversity can be done in protected areas such as:

Ex-situ conservation utilizes a wide range of techniques and facilities and it can be accomplished in the following ways:

Ex-situ conservation is an excellent way of averting the stresses on living organisms as a result of competition for resources such as food, water, and space.