Limestone, or calcium carbonate, is the common rock found throughout the world. Oldest and perhaps slightly overlooked, limestone is very much part of our everyday life. It may be hidden with your walls, in the water you drink, the food you consume, or in the cosmetics.

First discovered by Belsazar Hacquet in 1778, Limestone is a sedimentary rock composed chiefly of calcite, CaCO3, and constitutes 10% of the total volume of all sedimentary rocks. 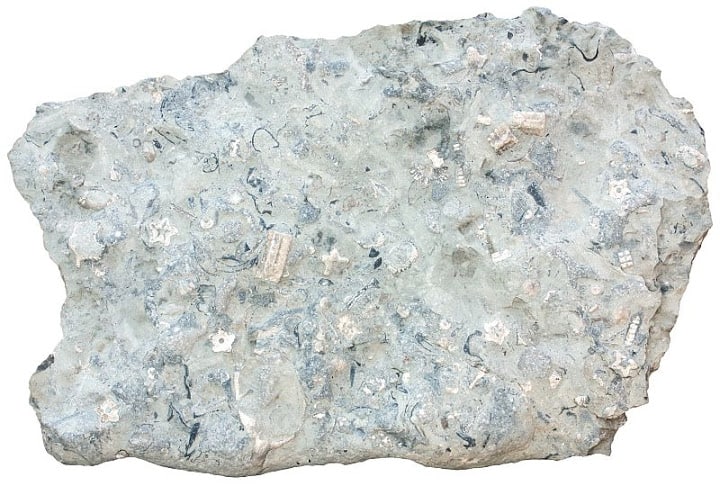 Where Does Limestone Come From?

From the geological perspective, limestone formation takes place in two different environments, sedimentation in marine waters and by water evaporation during cave formation.

When these organisms (especially mollusks, echinoids and corals) die, the skeletal remains with calcium settle on the ocean floor as sedimentary layers. Over time, these sedimental layers get lithified to become limestone. The limestone like ooids contains are made of carbonate grains.

The lower limit for limestone accumulation in the ocean is approximately 4,000 m. Beneath that depth, calcite is soluble so accumulation is impossible.

Some limestones are formed through evaporation in caves where water seeps/pours through the cave floor. Upon evaporation, calcium carbonate dissolved in water gets deposited throughout the cave ceiling and wall. Over thousands of years, they transform into larger deposits and may even reach into the deepest parts of the cave.

Where is Limestone Found?

Geologists have identified numerous limestone-forming environments around the globe. Most of them are in shallow waters between 30º N latitude and 30º S latitude. Most popular shallow water areas include the Caribbean Sea, Indian Ocean, Persian Gulf, and the Gulf of Mexico. Pacific Ocean islands and Indonesian archipelago regions are also rich in limestone depositions.

What is Limestone Made up of?

The limestone is mostly made up of one of two types of mineral – calcite or aragonite. Both of these are different crystal arrangements of calcium carbonate (CaCO3). All limestones contain at least 50% calcium carbonate by weight. Limestones also contain a considerable amount of magnesium carbonate (MgCO3), also known as dolomite. Minor constituents include clay, iron carbonate, siderite, sulfate, feldspar, pyrite, and quartz.

READ:  Should Geologist Students Consider Taking Up Geosciences At The University Of Arizona?

Pure limestone is white or almost white. Because of impurities, many limestones exhibit different colors ranging from pale to beige, gray, yellow, or blue.

Most limestones are marine deposits, but some are formed in lakes, river basins, and on land.

The shells of many aquatic animals consist of calcium carbonate (calcite and aragonite). When they die, their shells are left on the ocean floor, lake bottom, or river bed where they accumulate into thick deposits. Some examples include,

READ:  What is a Sand Dune: Formation and Types of Sand Dunes

Expensive deposits of chalks are all over the world; the White Cliffs of Dover in the UK, Niobrara Chalk and Monument Rocks in Kansas, etc are some popular examples.

Limestone was a popular choice of architectural material in past centuries – the pyramids at Giza and the Roman Colosseum, for example. A Canadian city – Kingston – is called ‘the limestone city’ because of its magnificent limestone heritage buildings. And, it still is a popular construction material because of weather resistance and aesthetics.

Many of today’s construction works rely on concrete. Limestone is the main component of the cement that binds concrete together, making it unavoidable to almost all modern buildings.

Because limestone naturally increases pH, it is used to neutralize acidic soil. This also helps release soil minerals, such as phosphates, and making them readily available for plants. The crushed stone, called agricultural lime, is added to the soil for better productivity.

Limestone’s power to neutralize acid also makes it an important component of prescription drugs for heartburn and reflux. Calcium carbonate is even used as a phosphate binder for treating hyperphosphatemia.

Limestone’s chemical properties allow it to bond to sulfur dioxide and silica. For this reason, it is used in fuel gas desulfurization to remove toxic emissions from fossil-fuel power plants, remove impurities from iron, and control the viscosity of glass during glassmaking.

Animals need calcium for healthy growth and development. Ground limestone powder is a healthy and viable solution instead of bones. Limestone containing animal feed is a popular choice for pig beef, cattle, poultry, horses, and sheep.

Plaster of Paris (POP) is the preferred material for making decorative sculptures and metal castings. Plaster of Paris cast is used extensively in orthopedic applications. POP is based on calcium minerals and uses limestone in abundance.

Limestone is used as the raw material for the manufacture of quicklime (calcium oxide), slaked lime (calcium hydroxide), cement, and mortar.

Limestone has great neutralizing power against toxins and hazardous chemicals. For this reason, Limestone aggregates and crushed particles of varying sizes are used to create sewage and other filtering applications.

Limestone is an essential component of many makeup products including fillers.

To sum things us, here are 5 interesting limestone facts. 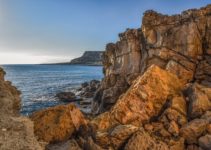