What is Nutrient Pollution?

Nutrient pollution is one of the world’s most dangerous environmental problems and is both costly and challenging to tackle. The leading reason is that it is highly associated with eutrophication of surface waters – a consequence of too much of nutrients, especially phosphorous or nitrogen in water that encourages the growth of algae and plant life faster than the ecosystems can handle. Despite the world agreeing to cut on nutrient pollution, the progress is lacking and it is becoming more serious by the day.

The nutrients are usually caused by runoff of nutrients (fertilizers, animal waste, or sewage) from the land into the water bodies. And since the excess release of phosphorous and nitrogen is mainly from anthropogenic activities on land, it means that not only water is polluted, but also the air, in addition to the harm they do to humans and livestock. Here is more on the causes, effects, sources, and solutions to nutrient pollution. 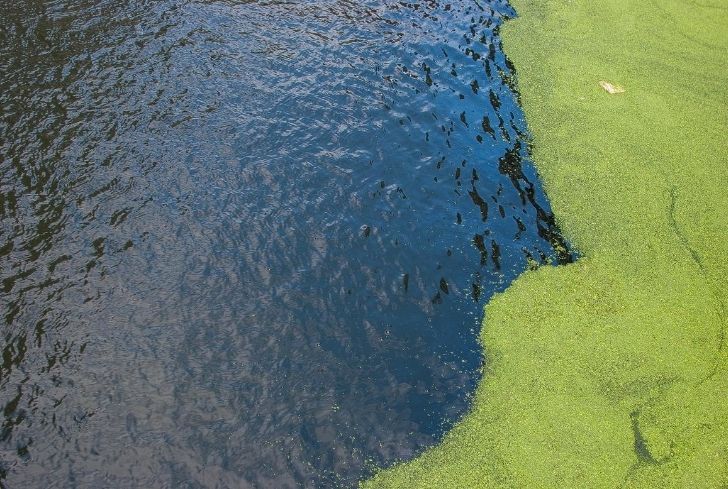 The global use of synthetic nitrogen fertilizers has increased dramatically over the decades. In the 30 years between 1960 and 1990, such use increased sevenfold, with that of phosphorus fertilizers tripling. In most cases, fertilizers are applied in excess of crop needs and these excess values are lost through leaching to groundwater, surface runoff and volatilization when nitrogen vaporizes in the atmosphere as ammonia.

Volatilisation also applies to the nitrogen in synthetic nitrogen fertilizers and that in manure, in figures of up to 60%. Some volatilized ammonia is also redeposited to waterways through atmospheric deposits, while phosphorous, is generally lost through soil erosion from agricultural lands, as it binds to the soil.

Sewers and septic tanks contain large quantities of treated waste, and most of these systems do not always remove the nitrogen and phosphorous in the contents before discharging it into waterways. Some jurisdictions have done something to reduce or limit the amounts of nutrients sent into waterways by wastewater systems, while some have not done so.

Some consumer products, most notably soaps, household cleaners and detergents contain high levels of phosphates. Many nations and states have gone ahead and banned most phosphate laundry products, with other manufacturers voluntarily stopping their use.

However, it still leaves some other phosphate products in the market. It is thus advisable that before using any such products, we need to confirm it is approved by authorities to not contain the nutrients that end up damaging the environment.

The nature of raising livestock has changed rapidly over the last century, contributing to an increase in nutrient levels. Animal production is on the rise and so is the release of manure containing these nutrients. The large quantities of manure produced by the myriad of farms producing these animals are spread over the land as fertilizer, stored in lagoons, or is stacked in the feedlot. It means that more nitrogen and phosphorous is being stored or spread through the manure, further exacerbating nutrient runoff and leaching.

When fossil fuels are burned, nitrogen oxide is released into the atmosphere. Nitrogen oxide is liable for the formation of smog and acid raid, meaning it will be redeposited on land and on bodies of water through rain and wet deposition of snow.

The chemical can also be gotten from coal-fired power plants, as well as exhaust from trucks, buses and cars. Combusting fossil fuels releases 22 teragrams of nitrogen pollution every year, which is about one-fifth of the contribution of synthetic nitrogen fertilizers.

Fish farming also contributes to nutrient pollution, and according to Strain and Hargraves each ton of fish farmed produces between 42 and 66 kgs of nitrogen waste and between 7.2 and 10.5 kgs of phosphorous waste. Marine fish and shrimp are often farmed in enclosed net pens or cages.

These farms will, therefore, generate concentrated amounts of both nitrogen and phosphorous through the excrements, uneaten foods, and other organic wastes. If improperly managed, these aquaculture operations contribute to nutrient pollution and could affect nearby waters.

1. It Leads to Excess Growth of Algae

Nutrient pollution causes excessive growth of algae and plants (known as eutrophication), which leads to other imbalances in aquatic ecosystems. When algae are in excess and more plants grow in aquatic habitats, they physically alter these habitats by overgrowing rocks, sands and bottom sediments. It also affects them chemically by reducing the levels of dissolved oxygen, thereby changing the pH and allowing for the production of more toxins.

2. The Death of Most Marine Life

With the algae changing the pH of the water and allowing for more toxins to thrive, most aquatic species will not be able to survive because of the limited supply of oxygen within the water.

A high concentration of these nutrients in the waters also allows other invasive species to survive in that water, killing more aquatic life. Algae blooms make the water cloudy, clogging fish gills, and reducing the ability of marine life to find their food.

Algae bloom releases toxins that foul drinking water. Coming into contact with such water could cause stomach aches, rashes and other serious health effects to humans. Excess nitrogen in drinking water could also pose particular risks to infants and children under the age of six months.

Using chemicals to treat these nutrients could also pose threats to human health. For instance, chlorine could react with algae in the water to form disinfection by-products that are associated with reproductive and developmental health problems. Nitrogen in the air, especially those coming from burning fossil fuels, contribute to respiratory problems, especially for children and the elderly, as well as those with lung ailments.

4. Effects to the Environment

Nutrient pollution harms the environment as well as the quality of water. Algae blooms, as well as toxins in the water, could sicken and even kill pets that drink the water, in addition to the fish living in the water. These pollutants often move upstream like creeks and streams, thereby flowing into other bodies of water, like lakes, bays and rivers, affecting them all.

Excess amounts of these nutrients could travel thousands of miles to coastal areas, affecting oceans and other areas such as the Chesapeake Bay. Airborne nitrogen, like that from burned fossil fuels, could lead to acid rains that damage forests, grasslands as well as other sources of water.

5. Effects to the Economy

Nutrient pollution, of course, affects any sector that relies on clean water. Tourism businesses also lose billions every year because of the losses in fishing and recreational activities on bodies of water. For instance, three counties in the US state of Mississippi that border the Gulf Coast, account for about $1.6 billion in visitor expenditure as well as 32% of the state’s travel and tourism tax revenues and 24,000 direct jobs.

Nutrient pollution will lead to the loss of commercial fishing and shellfish industries because of the death of the fishes. It will also lead to a drop in the food industry seeing that the production of fish will go down. Also, people will avoid consuming such products considering the number of toxins they might have consumed as a result of nutrient pollution.

Airborne nutrient pollution could also affect the visibility of outdoor tourist destinations, and even damage structures, particularly those made of marble and limestone, discouraging additional tourism. Cleaning up these bodies of water and other surrounding areas is costly. 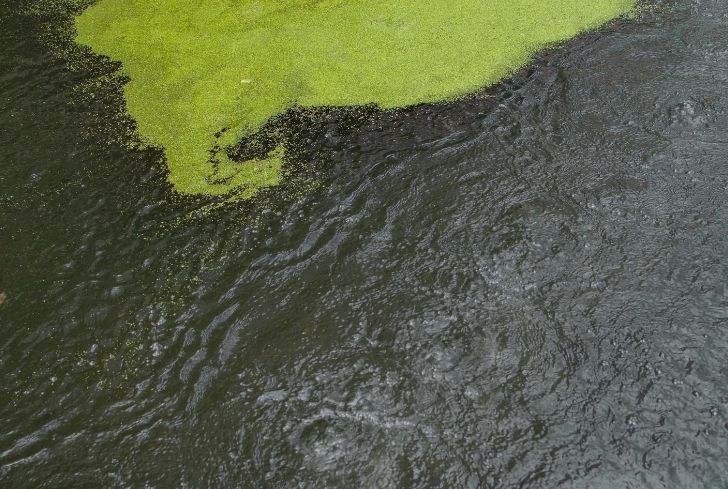 Farmers should use the appropriate amount of fertilizer and not overdoing it when planting your crops. Also, during the rest of the year, they should use products that release nitrogen slowly. Farmers can also choose to use compost instead of these fertilizers. On gardens and laws, zero-phosphorous fertilizers are recommended.

Lawn clipping and beautification spread leaves and grass everywhere including on the streets. Such grass will have nitrogen qualities and the leaves will eventually find themselves down the drain, polluting stormwaters and other bodies of water. Be sure to avoid blowing the grass and leaves into the street and if you do, clean after such mess.

Planting trees helps reduce runoff by soaking up stormwater along with the nitrogen that would come along with it. More tree cover will also absorb nitrogen and carbon dioxide in the atmosphere, at the same time releasing the oxygen that both animals and humans require for survival.

The majority of the people still have gasoline-powered vehicles and the more we use them, the more nitrogen and carbon dioxide compounds are released into the atmosphere. The solution to this can be trying to drive less, use a bicycle, use electric cars, try carpooling, combine car trips, or use alternative transportation like the bus or the train.

Pets deposit a lot of waste while they are outside. Animal waste contains nitrogen and other bacteria that pollute waterways when it rains. As such, it is essential for all pet owners to clean after them, especially if on a walk, or if they deposit the waste in the backyard.

6. Use a Buffer Strip

For farmers, they should leave a wide strip of deep-rooted plants along ditches, lakes and streams to absorb and filter any runoff from their farms. Also, install controlled drainage systems rather than traditional patter tilling. This will restrict the amounts of nitrogen and phosphorous that get into these bodies of water directly coming from the farm.

Farmers and ranchers should restrict their animals so that they do access rivers, lakes and streams. This will prevent excess nutrients from these animals from reaching these bodies of water.

Homeowners and places with septic systems should always have their septic systems inspected at least every year. This will detect any problems and fix potential issues, especially those that lead to nutrient pollution thereby avoiding problems of polluting surface waters and nearby lands.

9. Use a Commercial Car Wash

Rather than washing the car at home, the use of commercial car washes is recommended. The reason is that the well-developed ones adhere to the law, which requires them to dispose of their wastewater properly.

This means not letting all that soapy water at home get into the nearest storm drain. But if you have to wash it at home, do so on a pervious surface such as grass and not your driveway or on the street. And most importantly, use a non-toxic and phosphate-free soap!

10. Get Engaged in Protection Activities

Farmers, private citizens, governments, organizations and other stakeholders are actively fighting to reduce nutrient pollution. They all play an important role and their collaboration is helping save the environment in general.

Everyone should get engaged in the discussion and contribute further towards fighting nutrient farming. For instance, participate in efforts that see to cleaning of the streets, planting trees and cleaning bodies of water.

11. The Role of Government in Particular, Regulatory Measures

Governments and government agencies, whether federal, state or local, should enact legislation that helps along in the fight against nutrient farming as well as pollution. They should develop nutrient criteria for certain bodies of water, which can take action towards proposing and approving more criteria that manage and combat nutrient pollution. 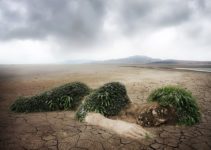