Primary consumers are normally herbivores. They are also referred to as heterotrophs as they don’t produce their own food. They largely rely on autotrophs, which are plants that produce their food through photosynthesis. 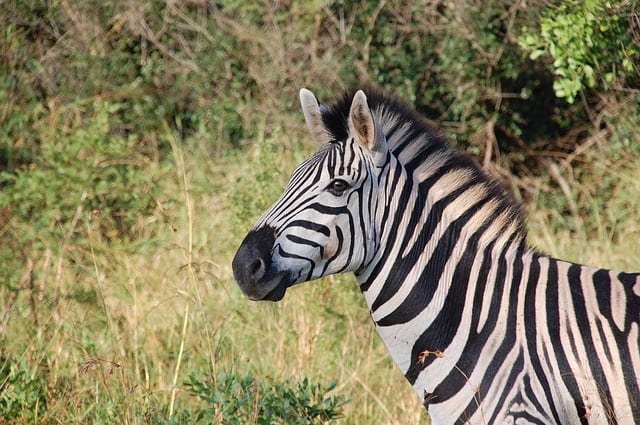 Primary consumers can range from microscopic organisms like zooplankton to large creatures like elephants. Here are some examples.

Primary herbivorous consumers such as cows, goats, zebras, giraffes are primary consumers. They consume plant material such as grass, branches, and roots.

Cell walls of plants have cellulose that is difficult to break. In light of this, ruminants have an adaptive system that enables them to obtain nutrients through fermentation and digestion. The process takes place in four specialized chambers of their stomach.

From a ruminant’s mouth, chewed plant material is directed to the first digestive chamber, the rumen and the reticulum. In this chamber, the food is mixed with saliva. It is then separated into solid mass and liquid form.

The complexity of the ruminants’ stomach serves to show the challenges that large animals experiencing when it comes to extracting nutrients from plant carbohydrates. Nonetheless, the volatility of the proteins and fatty acids that are generated from this system form an integral component of the human diet.

While some bird species are carnivorous or omnivorous, many birds eat only seeds, cherries, and fruits. This qualifies them to be herbivorous, and hence primary consumers.

Birds that base their diet on plant material normally have morphologically adapted beaks. With such beaks, they can easily exploit their food source.

Parrots, parakeets, and toucans, are endowed with exceptionally strong beaks with which they can effortlessly crack nuts. The beaks also act as a stabilizing tool for climbing large trees and reach the fruits at the highest points of the tree.

Conversely, hummingbirds and other similar species normally have very small, elongated and pointed beaks. With such beaks, they can reach nectar deep inside the flowers.

In light of the fact that they largely feed on grains and seeds, many canaries, finches, and parrots have a short, hard, and pointed beak. Such beaks enable them to pick the grains with great precision.

Zooplankton are microscopic organisms that live as accumulated organisms in the marine ecosystem. Zooplankton includes protozoa and metazoans that are in their junior stage. These metazoans include crustaceans and mollusks.

Zooplankton organisms are largely heterotrophic. Namely, they obtain their nutrients from the coal generated through photosynthesis. This process is facilitated by the primary producers of the marine ecosystem, which transform organic coal into usable energy.

Moreover, zooplankton are virtually the primary producers of food through its filtration. In this mode of feeding, water is passed through specialized filters where phytoplankton present in the water is filtered and digested.

There are numerous other primary consumers on earth. Most of them are much smaller and with little impact on the ecosystem. The squirrel, mouse, and the beetle are examples of such primary consumers.

It is also worth noting that some primary consumers may also fit in other trophic levels as their diet varies. For example, when a bear feeds on berries, it qualifies to be a primary consumer. When the bear consumes salmon, it is functioning as a tertiary consumer. Note that salmon is a secondary consumer because it eats herring, which feeds on zooplankton that eats phytoplankton. Phytoplankton, on the other hand, make their own food using the sun.

Now let’s take a quick look at the functions of primary consumers.

Primary consumers play a significant role in an ecosystem. They help in the transfer of energy within an ecosystem, without which an ecosystem can lose its balance and collapse. But how do they achieve that?

Secondary and tertiary consumers in the food chain cannot produce their own food through photosynthesis. They also cannot ingest plants. They depend on primary consumers for their nutrient and energy needs. This is how the process goes:

Afterward, the organisms at the top of the food chain, humans included, die. Decomposers such as bacteria and fungi then feed on their remains for nutrients. These decomposers then recycle the chemical elements of those nutrients back into the ecosystem.

In a terrestrial environment, a caterpillar is a great example of a primary consumer. After feeding on plant leaves, caterpillars are in turn consumed by birds and other small animals. In a marine environment, a shrimp would be a primary consumer. A shrimp largely eat phytoplankton. Shrimp is then eaten by large marine animals, such as whales, for food.

It is worth noting, however, that only 10 percent of energy is normally passed from one trophic level to the next during the energy transfer process. This explains why there normally are more primary consumers in an ecosystem and much less top-level predators. The ecosystem energy transfer diagram derives its characteristic pyramid shape from this phenomenon.