What is a Dwarf Planet?

First and foremost, the term ‘dwarf planet’ refers to a planetary mass or object that is neither a natural satellite nor a true planet. That is, a dwarf planet is one which is in direct orbit of a star, and is massive enough gravity to compress it into a hydrostatically stable shape (usually like a sphere), but whose surroundings have not been cleared of other materials around its orbit or path.

Furthermore, a dwarf Planet can also be seen as a type of body in the solar system that has a round shape, just like a major planet but is too small to effectively clear other bodies from the region of space around its orbit with its own gravity (which is insufficient). Dwarf planets orbit the Sun and may have moons and atmospheres like planets. However, they are found in regions of the solar system that contain a large number of other small bodies such as: The Kuiper Belt, the asteroid belt and the Oort Cloud. 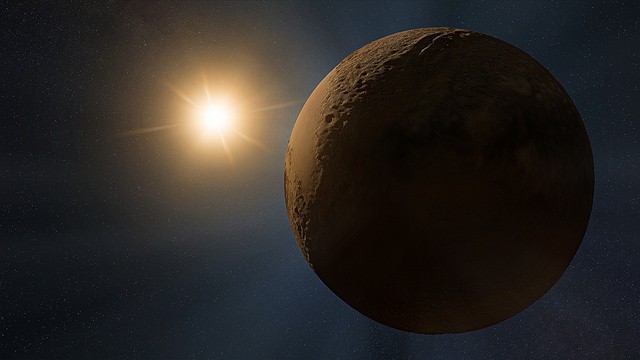 Unlike other rocky bodies in the asteroid belt, Ceres is an oblate spherical object, rounded with a rotational bulge around its equator. It is located in the inner portions of the solar system, whereas, other dwarf planets rest or lie at the outer edges, in the Kuiper Belt.

Scientists have suspected that Ceres might have an ocean and possibly an atmosphere. This is due to the fact that, although, most asteroids are made of rock, Ceres revealed hints that it could contain water on its surface since 1991, though those hints remained unconfirmed for more than 20 years.

Scientific research further revealed that Ceres has a density of 2.09 grams per cubic centimeter, making scientists to conclude that approximately a quarter of its weight is water.

Spectral observations of Ceres from Earth revealed that the surface contains iron-rich clays. Carbonates are also suspected to be present, making Ceres one of the only bodies in the solar system known to contain these minerals, the other two being Mars and Earth.

Formed by a process that involves water and heat, carbonates are considered excellent indicators of habitability. When sunlight heats the outer layer, the ice could go directly from solid state to the gaseous state through a process known as sublimation.

It is a dwarf planet in the Kuiper belt, a ring of bodies just beyond Neptune. It was the first object to be discovered in the Kuiper belt. It is the largest known Pluto-like (or ice dwarf). Pluto was once considered the ninth and most distant planet from the sun. However, it has been reclassified and is now the largest known dwarf planet in the solar system. Pluto has a diameter of 1,473 miles (approximately 2,370 km), only about two-thirds as wide as Earth’s moon and less than one-fifth the diameter of Earth.

Surface features as observed by New horizons space probe include mountains that reach as high as 11,000 feet (approximately 3,500 meters) similar to the Rocky Mountains on Earth. Methane and Nitrogen ice covers a major proportion of Pluto’s surface. These materials are not strong enough to support such enormous peaks, thus, scientists suspect that the mountains are formed on a bedrock of water ice.

Pluto’s surface is covered by methane, however, New Horizon scientists have observed significant differences in the way the ice reflects light across the dwarf planet’s surface. The ice ridge terrain of this dwarf planet is similar to that of a snake’s skin; astronomers spotted similar features to Earth’s erosion-formed features on mountainous terrain.

The Pluto features are much larger; they are estimated to stand at 1,650 feet (approx. 500 m) tall, while the features seen on Earth are only a few meters in size.

Also, there is a large heart-shaped region on Pluto’s surface, referred to as ‘Tombaugh Regio’ whose left side is covered by Carbon monoxide ice.

This dwarf planet is one of the largest known dwarf planets in our solar system. It’s size is similar to Pluto’s but Eris is three times farther from the Sun. It has a radius of about 722 miles (approximately 1,163 kilometers) it is about one-fifth the radius of Earth. From an average distance of about 6,289,000,000 miles (approximately 10,125,000,000 kilometers), Eris is about 68 astronomical units away from the Sun.

One astronomical unit (abbreviated as AU) represents the distance from the Sun to Earth. From this distance, it can be estimated that sunlight takes 5 hours and 15 minutes to travel from the Sun to Eris. Eris takes 557 Earth years to make one complete trip around the Sun. The plane of Eris’ orbit is way out of the plane of the solar system’s planets and extends far beyond the Kuiper Belt.

As Eris orbits the Sun, one rotation is completed every 25.9 hours, making its day length similar to Earth’s day length. However, very little is known about its internal structure.

Regarding the nature of Eris surface, it is projected that a rocky surface, similar to the one present on Pluto is also present on Eris. Scientists think surface temperatures of this dwarf planet varies from about -359oc (-217oc) to -405oF (-243oc).

The distance of this dwarf planet away from the Sun is so much that, its atmosphere collapses and freezes, falling to the surface as snow. However, as it gets closest to the Sun while on its orbit, the atmosphere thaws.

The surface of this dwarf planet is very cold. This greatly limits its ability to support life.

It is a dwarf planet in the outer solar system. It was the fourth body identified as a dwarf planet, and was one of the bodies that alerted scientists to reclassify Pluto.

Makemake is the second brightest object known in the outer solar system, just slightly dimmer than Pluto. It is 870 miles (approximately 1,400 kilometers) wide. It orbits beyond the range of Pluto, but closer to the sun than Eris, taking approximately 310 Earth-years to complete its orbit around the sun.

This dwarf planet is reddish-brown in color, making scientists conclude that it must contain a layer of methane at its surface, possibly in pellets one-centimeter thick. Signs of frozen nitrogen and frozen ethane have been noted. It lacks a significant atmosphere, a surprise given its similarities to Pluto, which, at least has a thin one. The dwarf planet is brighter than Eris but dimmer than Pluto. It spins on its axis once every 22.5 hours, with a day just shorter than Earth’s.

It orbits the sun far beyond Neptune and is about the same size as Pluto. It has two moons. One of its distinguishing characteristics is how fast it spins on its axis. This dwarf planet spins fast on its axis once every four hours, the fastest spin of any known large object in the solar system.

Haumea’s rapid spin eventually keeps it from attaining a spherical shape, instead, it tends to look more like a slightly flattened football spinning end over end, as though it had been kicked. Haumea is about 1,430 miles (2,300 kilometers) across at its longest axis, but less than half as wide — 619 miles (996 km) — at its shortest. The rapid spin of this aword scientists to calculate its density, because different materials would stretch out differently. As a result, scientists are of the opinion that Haumea is entirely made of rock.

However, observations of Haumea, reveal a brightly gleaming surface. Scientists have concluded that, although most of Haumea’s interior is rocky, it must be covered by a thin layer of icy shell. 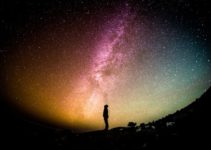