35 Splendid Facts About the Planet Neptune

Neptune has a layer of methane gas above the clouds. This is the reason why it is blue in color. Neptune has 6 rings and 13 known moons. It’s largest moon is know as Triton. The ‘Great Dark Spot’ in the southern atmosphere of Neptune was first discovered by the Voyager 2 spacecraft in the year August 1989. It was large enough to contain the entire Earth. It was the large rotating storm system with winds of up to 750 mph (1,200 km/h). 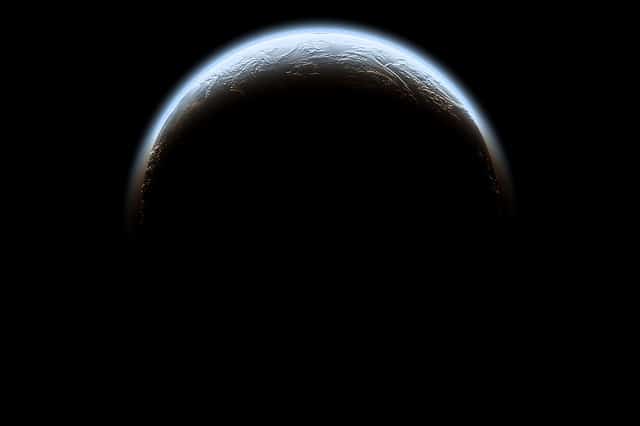 Fact 2. Neptune is the most distant Planet in the Solar System. It is situated approximately 4.5 billion kilometers away from the Sun

Fact 3. Neptune is 58 times bigger by volume than Earth, it is only 17 times heavier since it has a much lower density of 1.6 g/cm3.

Fact 4. Neptune’s year lasts for almost 165 Earth years. Since its orbital velocity is more than five times slower than Earth’s, it needs 165 Earth years just to orbit around the Sun once.

Fact 5. A 200 pound man would weigh 228 pounds on Neptune. Humans’ weight on earth is less than what they would weigh on Neptune. This is due to the simple fact that Neptune’s gravity is 14% stronger than the Earth’s.

Fact 6. Neptune is the smallest of the giants. Its approximately 3% smaller than its neighbor, Uranus. However, it is more massive than Uranus, which makes Neptune the densest giant in our solar system.

Fact 7. Neptune is blue because of methane. Its deep blue is very reminiscent of Earth’s oceans, and far more colorful than Uranus’ bluish-green color. Neptune has a large amount of methane in its atmosphere, which makes it absorb red light, and reflect blue.

Fact 8. Neptune is home to one of the most interesting moons in the solar system: Triton. Scientists believe that the moon is not natural to Neptune. That is, they believe that it was captured by the planet from the Kuiper Belt. Triton has a very strange retrograde orbit around the planet.

This is causing it to inch closer and closer to the planet. Eventually, this will result in the moon reaching the Roche Limit, which will tear the moon apart, resulting either in it crashing into the planet, or creating a massive ring system around the planet, much like Saturn.

Fact 9. Neptune was actually observed many times prior to official discovery. It was as early as 1613 that Neptune was first observed by Galileo Galilei, but it was not recognized as a new planet.

Fact 10. Neptune is nearly 3 billion miles away from Earth. Since both planets constantly move through the solar system, their distance is constantly changing too, the distance between the two is about 2.7 billion miles, and at its highest around 2.9 billion miles

Fact 11. Neptune is named after the roman god of the sea. Neptune facts show that before the planet got its name, Neptune in December 1846, was known by various other names, including “Le Verrier’s planet”.

Fact 12. In August 1989, the space probe Voyager 2 flew by Neptune at a distance of approximately 3,000 miles from its north pole, providing us with the majority of data we have on Neptune to this day.

Fact 13. Neptune has no solid Surface, similar to other gas giants. It has no definite surface layer, but only gas transiting into a slushy water and ice layer.

Fact 14. Wind speed on Neptune can surpass 1,300 miles per hour. It is clear that the powerful winds on Neptune would make life on Earth very difficult.

Fact 15. Triton is pretty unique in the sense that in entire solar system, it is the only large moon which revolves around the planet in opposite direction.

Fact 17. Most languages of the world use their own version of the word “Neptune” for the planet’s name. For example, the people of China, who obviously have no connection with ancient European deities, use the name “Sea King Star” for Neptune, since Neptune is the god of the sea.

Fact 18. Neptune moons are named after lesser deities connected with water. Neptune’s biggest moon Triton is named after the son of Poseidon.

Fact 19. Triton is the only spherically shaped moon of Neptune. All the other 12 moons of the planet are irregularly shaped.

Fact 20. Neptune is the ruling Planet of Pisces and is exalted in Leo. It is considered very important by many astrology practitioners. It is believed to help dissolve barriers and raise people up to experience mystical phenomena.

Fact 21. Pluto was still considered a planet, Neptune occasionally held the position of the 9th planet in the solar system – simply because it sometimes orbits farther away from the Sun than Pluto does.

Fact 22. The mantle of Neptune is composed of methane ices, ammonia and water while its core is made of magnesium silicate and iron.

Fact 23. Neptune receives only about 0.1% of the solar energy that reaches the Earth. However, it radiates 2.6 times more energy than it receives from the Sun, which means that it has its own internal heat source. Unfortunately, the source of this heat is unknown.

Fact 24. The only spacecraft to have ever visited Neptune is Voyager 2 of NASA. The spacecraft visited the planet in 1989 on August 25 and discovered 6 moons and the rings of the planet.

Fact 25. The large dark storm on the southern hemisphere of Neptune tracked by Voyager 2 in 1989 was named as ‘Great Dark Spot’. The Great Dark Spot had a counterclockwise spin and was just big enough to engulf entire Earth.

READ:  What is a Black Hole and Types of Black Holes

Fact 26. A Dark Spot was situated near the Great Dark Spot. It was discovered by Voyager 2 in 1989. It is also called The Wizard’s Eye.

Fact 27. The Great Dark Spot actually had a speed of 1,200 kilometers an hour or 750 miles an hour and moved towards the west.

Fact 28. Neptune was once ravaged by a mighty storm that could cover the Earth’s entire surface. When Voyager 2 visited Neptune in 1989, it found a large storm that moved with a great speed of 750 mph westward through the southern hemisphere.

Fact 29. After the initial discovery of the Great Dark Spot in 1989, Hubble Space Telescope tried to find the great storm in 1994 but by the time this attempt was made, the storm had disappeared.

Fact 31. The magnetic field of the planet is 27 times greater than that of Earth. Compared with the poles of Neptune, its magnetic poles are tipped by around 47 degrees. This simply means that every time the planet completes one rotation, the magnetic field swings wildly.

Fact 32. 80% of Neptune’s atmosphere is made of hydrogen. Helium takes up 19% and another 1.5 percent is taken up by methane.

Fact 34. Neptune has 5 rings but they are not easily visible. These rings are not at all uniform and consist of arcs.

Fact 35. Neptune has 13 known moons (14 actually because one of the long lost moons of Neptune by the name Naiad was recently observed for the first time in 20 years).