Solar Energy In 2016 – A Journey To Sustainable Development

Governments, organizations, and individuals have been focusing on the efficient use of energy for more than a decade. Each year, the global reliance on solar power increases and its reliance on non-renewable energies decreases. This is great news for the people, the economies and the environment.

2016 is promising to be a record year in terms of solar energy usage. The manufacturing and installation of solar panels is cheaper than ever before. Developing countries can now afford to utilize solar energy where it might have cost too much in the past.

Countries with more substantial funds can invest significantly more in the research, development, and utilization of renewable energy. How will this affect the global reach of solar power in 2016? What sort of goals do governments have in place for its usage?

Efficient energy usage is one of the primary goals. Goal 7 of the SDGs is to supply access to modern, sustainable energy to all people at an affordable price. Fossil fuels aren’t a sustainable source of energy. Their focus is on finding ways to supply countries with renewable sources of energy such as wind, thermal, and solar energy.

A 2016 Grant For Sustainable Energy

A 2016 grant is already in the works that is intended to fund the research and development of sustainable energy for transport. The call for this application was announced by the UN Department of Economic and Social Affairs.

This grant is available to various people and organizations that qualify. It means that 2016 is likely to see some major breakthroughs in the form of solar-powered transportation. The grant can supply individuals who pioneer such innovations with one million dollars US.

This grant doesn’t seem to require that solar energy is a component of the innovation. However, considering that it is the most efficient form of sustainable energy available, it is very likely that it will be used by many of the organizations that qualify.

A workshop held near the end of 2015 brought together several Asian countries to highlight the importance of sustainable energy and its relation to various other aspects of life and development. The UN goals are for the entire globe and the support of all countries is needed to help reach these goals by 2030.

As 2016 progresses, more countries are doing all they can to support the SDGs, and the sustainable energy goals in particular. They are beginning to understand the impact of sustainable energy on healthcare, education, poverty, and water. This is causing solar energy to take center stage in many organizations across the world.

Solar energy was enjoying a rapid increase in popularity even before the SDGs were set into place. Many developed countries have been focusing on solar growth because they realize the future simply can’t sustain their current energy usage.

Statistics like those above are enough to let a country know that changes are necessary. Solar energy is the only reliable solution to this problem. It isn’t going to lower their energy consumption, but it will change it to a renewable source.

Each year, the global reliance on solar energy increases. In 2015, solar energy covered 1 percent of the global energy demand for the first time. In some countries that total is as high as 7 percent. That was an increase over the previous years and that percentage will no doubt increase in 2016.

In the U.S., the Energy Information Administration(EIA) predicts that solar power capacity in the country will increase by at least 9 Gigawatts in 2016. In comparison, it increased by only 3 Gigawatts in 2015. That’s at least a 300 percent increase.

Hopefully, the implementation of the SDGs will give America and other countries the incentive to push harder and achieve even greater growth rates. China, the country that uses the greatest amount of energy in a given year, is leading by example. In 2016, they took the lead in terms of solar energy capacity with an impressive 43 Gigawatts.  Other countries will soon follow along.

The SDGs are already having an impact on the growth and development of solar energy, as well as other forms of clean, renewable energy such as wind and thermal energy. More projects are underway to provide developing rural areas with solar energy. By the end of 2016, more people than ever will have a reliable source of electricity thanks to this agenda.

Kyle Johnson is a successful business owner who enjoys writing. Check out his site, NationalLaboratorySales to find the best in custom lab casework and fume hoods. 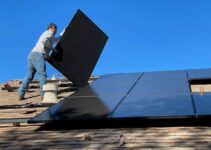 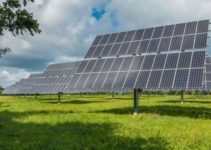 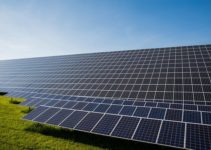