You’re probably familiar with Amber jewelry. With a pale, yellowish (or often brownish) tinge, these ornaments have been lauded far and wide for their sophisticated and muted appeal. But have you ever wondered what amber is and how it’s formed? Have you ever wanted to know what’s made of and where you can find it? Well, these are a few of the many things we will learn over the course of this article.

Amber can be best defined as the fossilized resins of extinct tree trunks. Trees usually release a form of resin for making their trunks susceptible to the attacks of parasites and insects. These resins also heal every other internal damage, keeping the tree healthy and safe. Over time, the resin evolves as an organic fossil which we now call Amber. One of the oldest forms of Amber is Baltic Amber and it dates back to more than 40 million years. 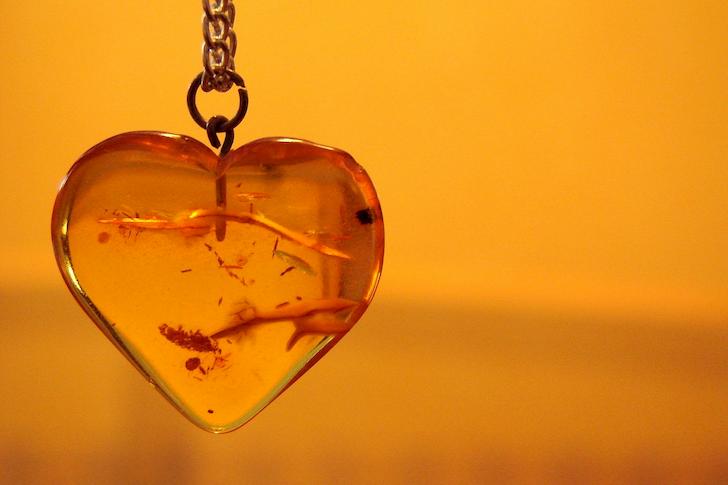 Although the most popular types of amber are available in a light yellow color, you will also find other variants with a dark brownish tinge. Some of them even have hues of dark green, dark blue, and white. Amber may be both transparent and opaque with tiny air bubbles inside it.

Probably the most valued form of amber is the one that still has traces of the organic life, which at one point was trapped in the tree trunk. Being buoyant, it can easily float in water bodies. This is probably why you’ll find amber across seashores, especially the ones in Northern Europe. Ambers are more commonly found in seashores after a massive storm.

During these storms, the rough seas almost immediately dislodge these resins from the interiors of the sea, leading them to the shore. The rough action of the sand, storm, and sea render a slight polish to it.

Some of the most common types of amber include Baltic amber, Mexican amber, Caribbean amber, Green Amber, Copal Amber, Burmese Amber, Blue Amber, and Black Amber. Although yellow or brown are the most common colors of amber, this element has more than 200 determined shades.

How is Amber Formed?

As previously mentioned, Amber is made from the resin of tree-trunks. Resin is a semi-solid element that works as a defense mechanism directed by the immune system of the tree. Every time, the plant or tree witnesses a wound (like broken branches) it creates a thick and viscous resin that effectively plugs the said injury, preventing further damage.

The resin may also be secreted when the tree is attacked by tiny insects or fungus. Over time, this thick resin treats and seals the injury, keeping the tree healthy.

As the resin trickles down the tree trunk, it might trap insects or small bits of plants. It will eventually solidify to create amber. It is worth noting that not every resin may be transformed into amber. That is because, more commonly, amber gets destroyed by adverse weather.

To transform into amber, the resin should be chemically stable whereby it won’t degrade over the coming years. It also needs to be impervious to the sun, wind, storm, rain, adverse weather, and insects like bacteria or parasites.

In addition to being resistant to adverse weather, the resin should also require proper conditions for fossilization. Amber, in its nascent stage, may be easily taken by the seawater after which it may be submerged deep under the various layers of sediments. This submerged amber will eventually fossilize.

In the Baltic region of Europe, several glaciers destroyed resin-bearing trees. When buried, the resin in these trees fossilized as amber. The wet clay and sediments of sand effectively preserve resin as they do not contain high levels of oxygen. The sediments then are available as rocks.

Persistent pressure and high temperature make the resin appear like orange gems. Young or copal amber is formed due to the polymerization of molecules. Over time, heat and high pressures drive the terpenes out thereby completing the transformation of the amber.

Usually, only two forms of resin may fossilize over time. The first is terpenoids, that are created by the various gymnosperms (from coniferous trees) and angiosperms. These resins feature ring-like structures that are created by the isoprene units. The next popular form of resin is Phenolic resin that is made from Angiosperms. An uncommon tree known as medullosans is known for producing a third unique kind of resin. This one, however, is rarer.

How Old is Amber?

The amber that is found today dates back to more than 30 to 90 million years. That said, nobody can ascertain the total time taken for the resin to transform into amber. The oldest form of amber was traced from the Upper Carboniferous almost 300 million years back.

The most popular variants of ambers derive from pine and coniferous trees. Most amber variants, however, are from now-extinct species because the resin was created several million years ago.

Where is Amber Found?

Spanning from Alaska to Madagascar, Amber is found in several places across the globe. The largest deposits, however, are traced in Europe’s Baltic region, and Myanmar (previously known as Burma). Every region serves as a representation of a varying era of our Earth’s geology. The youngest form of Amber is perhaps the Dominican amber that has a history of around 16 million to 25 million.

Baltic amber dates back to more than 40 million years, and like Dominican amber, it contains a range of flies, ants, insects, and tiny lizards. Burmese or Myanmar amber can be traced back to 100 million years, and it is probably the oldest amber known to man.

What is Amber Made of?

Amber is made from the resins of tree trunks. As the resin gradually trickles from the trunk, it ends up trapping tiny insects like ants, flies, lizards, and a wide range of vertebrates and invertebrates. Over time, the resin gets fossilized thereby creating amber.

Is Amber a Mineral?

No, amber is not a mineral. That is because minerals are natural, homogenous elements with an accurate chemical composition. Their structure is usually crystalline, and their origin is completely inorganic. Amber doesn’t meet this parameter because it is organic in nature and its structure is highly amorphous. Since there’s no proper internal atomic arrangement in amber, one cannot call it a mineral.

Amber can be better defined as a gemstone. The specific gravity of amber is extremely low, making it one of the lightest stones available. This is also the reason why it will float in the water with a higher density of saltwater.

The most popular kind of amber, Baltic amber was already exhausted by the 1800s. It is, however, assumed that several thousand tons of amber is still present in Kaliningrad’s Yantarny mines. Given our extent of extraction, the amber in those mines can be extracted for more than three centuries. Amber is also mined in Myanmar, and the extracted variants are sent to museums or sold to the jewelry stores.

While amber is still produced from tree resins, it may take several million years for the resin to transform as amber. Since the deposits of amber are affected by mining, and trees (that might bear resins) are destroyed instead of being allowed to be fossilized, the availability of raw, organic amber will keep dwindling. 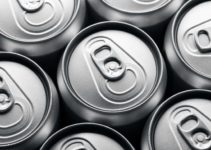 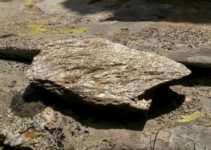 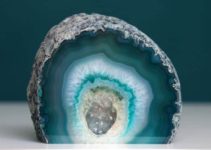