What is a River?

The river is a natural stream of flowing water with a significant volume of freshwater. Rivers are found everywhere, on every land, and every continent. They start from source or headwater areas such as springs, glaciers, and flow in meandering paths at different speeds. Finally, they discharge into a larger river, or lakes, or most likely, into oceans. Rivers are the main channels of the drainage system. Some rivers flow around the whole year while some flow seasonally or when it is wet. It may cover much of a continent or flow just kilometers only.

Measuring a river is tuff as it is not easy to locate its exact beginning and end. Also, there can be a change in the length of rivers as they meander, or there is a dam, or if their deltas exceed in size and recede. 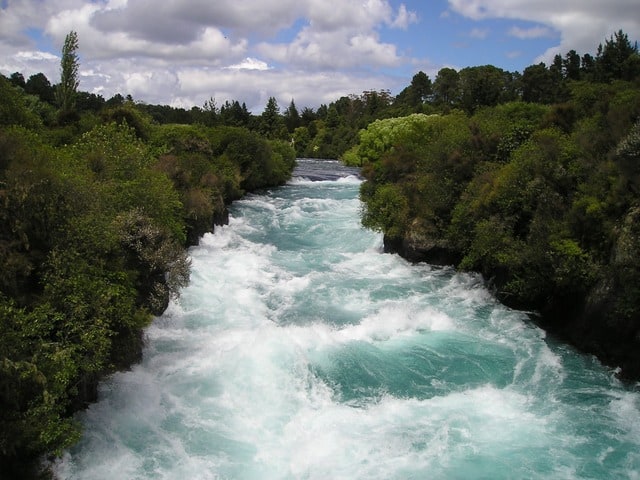 Amazon carries more water compared to any other river on Earth. It carries approximately one-fifth of all the freshwater into the oceans and discharges four million cubic feet (112,000 cu m) of water on an average each second, which is 20% of the water released each year by rivers on total Earth.

Formation and Course of Rivers

The source or headwaters is from where the river forms. This source may be a melting glacier, as the River Ganges in Asia starts from Gangotri Glacier. The source could be melting snow, as the snows of the Andes feed the Amazon River.

It could be a lake having an outflowing stream, such as Lake Itasca in the state of Minnesota of U.S. is the source of the River Mississippi. The headwaters of a river can be even a spring bubbling out of the ground. Spring is the source of the Danube River in Germany’s Black Forest.

Most of the rivers start their life from source and flows down the hill as a tiny stream following cracks and folds of the land. After that, precipitation such as rainwater and snow, and groundwater adds to the flow of the river. Other streams, known as tributaries also feed the river.

For example, 1,000 tributaries and more feed the Amazon River. The tiny water flow becomes river only when small streams join together and grow larger.

The river end is called its mouth, and at that point, the river empties water into another body of water. It may be a lake, a larger river, or the ocean. The largest rivers mostly empty into the ocean.

The water in a flowing river works on the force of gravity which pulls the water downward. The steeper the river slope, the faster the river moves and gains more energy.

The river carves and shapes the landscape using the power of its flowing water. This process is called weathering or erosion. The Grand Canyon in the state of Arizona, U.S. was sculpted in the same way by rivers over time.

The water movement in a river is called a current, which is usually the strongest near the source where rapids and waterfalls are very common. Storms can also increase the current. The river wears away rocks and soil along its bed and carries them downstream. Along with the swift current, the pieces that are carried in the moving water, scrape and dig into the river bottom, or bed. The river usually carves a narrow, V-shaped valley.

Coming to the lower land, the slope of the river course flattens. Instead of cutting bed deep, it starts to wind from side to side in looping bends. These are called meanders. This action also widens the river valley.

At this stage, the river leaves behind solid materials, including the rocks, sand, it collected upstream, which is called sediment. The sediment that gets deposited is called alluvium and contains huge eroded topsoil from upstream and the banks of its meanders. Therefore, the river deposits very fertile soil on its flood plain, the area next to the river and is subject to flooding.

The middle of a river is its deepest part called a channel. The current is often strong here to help transport larger ships.

The river slows down and moves sluggishly near the end of its journey. It has less strength to cut into the land, and carry a heavy load of sediment. It may deposit so much sediment where it meets the ocean or a lake, that it forms a new land called delta.

Every river not necessarily has delta. There is no pure delta of Amazon as the strong tides and currents of the Atlantic Ocean prevent the accumulation of sediment. Deltas usually have fertile soil like the deltas of Nile and the Ganges are the major agricultural land in Egypt and Bangladesh, respectively. 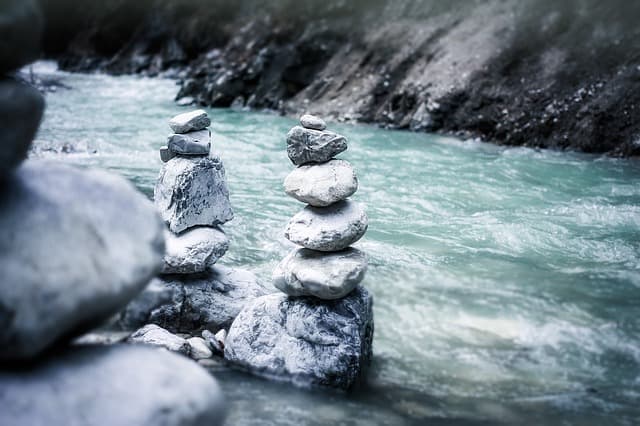 Humans know the importance of river since the pre-historic age. We read about the early civilizations, especially those developed on the river banks only because people found food such as fish and other animals and water for drinking and other purposes to live.

Rivers are the significant sources of water and carry water and nutrients to areas worldwide. Their role is very vital in the water cycle and also as drainage channels for surface water. Rivers drain about 75% of the land surface of the Earth.

The fertile alluvial soil of river valleys and plains is ideal for growing crops. Almost all the great civilizations of the world arose in the fertile flood plains of the river such as the Nile in Egypt, the Tigris and the Euphrates in the Middle East, the Indus in southern Asia, and the Huang (Yellow) in China. The farmlands in dry areas also depend on rivers for irrigation.

READ:  How Do Rivers Make the Soil Fertile?

Rivers provided routes for trade and commerce, exploration, settlement as well as recreation. The Scandinavian and Russian cultures near Eastern Europe’s Volga River were allowed to exchange goods and ideas with Persian cultures in southern Europe near the mouth of the Volga.

The river supports aquatic ecosystem. It is an excellent habitat for innumerable animals and living organism. Marine, as well as other land animals, live by the river for food and water. River deltas usually have varied species of wildlife, insects, birds, and mammals to use the delta for their shelter and food. Besides, the river also locates much of the exciting flora and fauna.

The river is one of the vital sources of energy. With the development of towns and industries, the water of rivers helped generate electricity and supply power for homes in cities and to operate machinery in the factories. The Mississippi powers hundreds of factories in the United States, and similarly the Thames in England, and the Ruhr in Germany.

Rivers are also used for various fun and sports-related activities like swimming, paragliding, boating, water skiing, kayaking, canoeing among others.

7. Great For Fishing and Watching Various Species of Birds

Rivers are also used by people for fishing. People often queue up on the bank of a river for fish catching and then enjoy doing the barbeque. Various species need freshwater to quench their thirst. Rivers, thus, become a great source to watch exotic species feed on animals that live in rivers and birds diving to catch the fish.