The abundance of natural resources and its scenic beauties are galore in India. There are numerous waterfalls that are captivating with natural splendor. This article will describe 13 such highest waterfalls in the country that are stunningly beautiful. 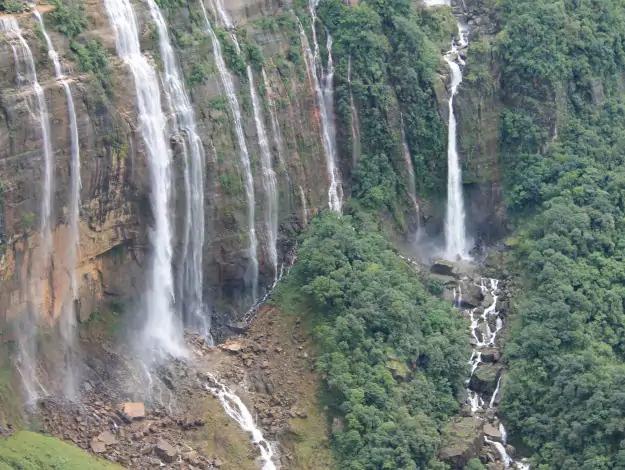 The Varahi River, when jumps from the edges of the mountain it creates Kunchikal Falls at Shimoga in the state of Karnataka. It is a multi-tiered cascade that falls from a height of 455 meters, making it the highest in India and the second-highest waterfall in Asia. The falls has smaller steps in its path, and that is why it gives rise to several smaller cascades. The Ghati Temple is situated by the falls. Monsoon is the best time to visit the place as the waterfalls remain full to the brim.

The famous Simlipal National Park in the Mayurbhanj district of Odisha hides in its interior the second highest waterfall of India. It is called Barehipani Falls. The fall is 399 meters in height and has a two-tiered flowing system. Since the waterfall lies in the deepest part of the national park, it is surrounded by lush greenery with plenty of birds chirping throughout the day.

The wildlife is also quite abundant there. Permission from the government authorities who look after the park is mandatory before planning to venture it out for the safety of the tourists. 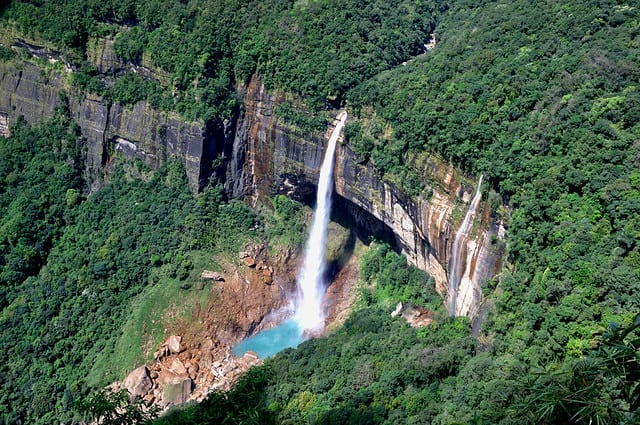 One of the seven sister states of northeast India is Meghalaya. In the Khasi Hills of this state, one will find the third highest waterfall in the country named Nohkalikai Falls. The fall is 340 meters tall. Located in an area which receives the highest rainfall in the world, Cherapunji, the waterfall is primarily rainfed.

The rainwater is collected at the plateaus of the hills and plunges from the edge of it. The waterfall gains maximum strength during the monsoon and turns weak during the winter that stays over there from December to February. The small lake below the waterfall that holds the plunging water looks incredibly green and shines in the sun. 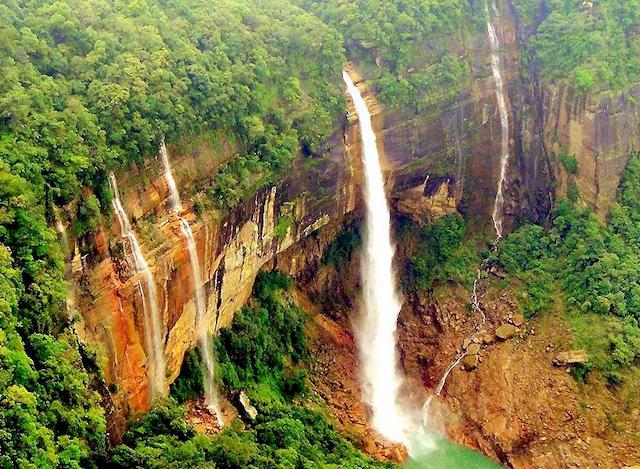 Meghalaya also hosts the fourth highest waterfall in India. The Nohsngithiang Falls is 315 meters tall and is also located in the Khasi Hills. As the fall is situated at the south of a village Mawsmai, it is known as Mawsmai Falls too. The massive volume of water plunges from the top of the limestone cliffs of the Khasi Hills and forms a segmented type chain of waterfalls. Being rainfed the cascade is most fierce during the rainy season. 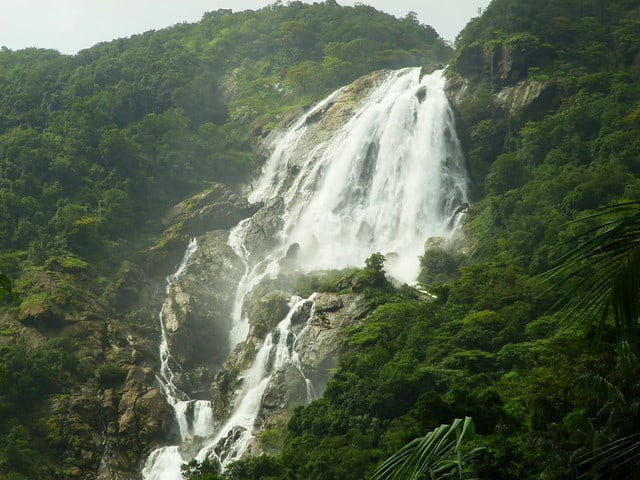 “Dudhsagar” means a sea of milk. The milky white colour of the water flowing down the mountains makes the name obvious. The waterfall draws water from the river Mandovi, which is in Goa. Plummeting from a height of 310 meters, the waterfall creates a four-tiered cascade with a total of five drops.

The waterfall covers the Mollem National Park and Bhagwan Mahaveer Sanctuary, both lying on the Western Ghats mountain range. Dudhsagar Falls also forms the boundary between the states of Karnataka and Goa. It is merely 60 km away from Panaji, the capital city of Gao. The area surrounding the falls is covered with dense deciduous forests with diverse biodiversity. 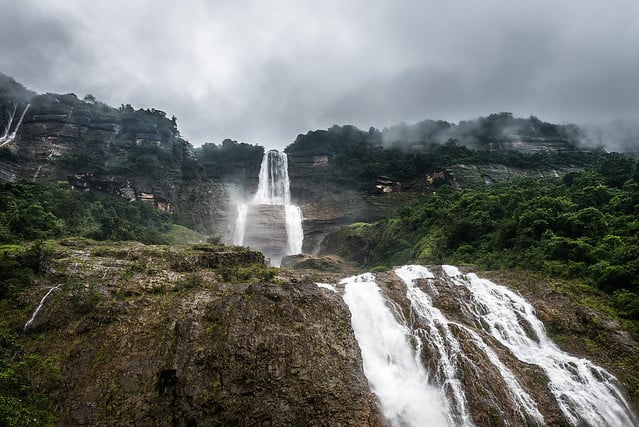 The 305 meters tall Kynrem Falls is situated in the East Khasi Hills of Meghalaya. It is a three-tiered waterfall just 12 km away from Cherapunji and lies on the periphery of Thangkharang Park. There is an adjoining bridge that gives the best view of the falls. The waterfall has a truly majestic look. 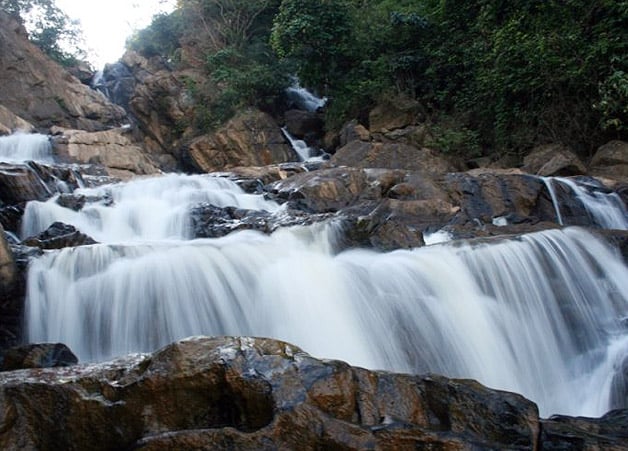 Kerala, also known as God’s own country, is the home to the Meenmutty Falls. The Wayanad district of the state has this 300-meter high waterfall, which is a three-tiered cascade. The name of the waterfall is the combination of two words in Malayalam “meen” and “mutty.” “Meen” means fish and “mutty” means blocked.

Tourists can reach the waterfall through a 2-km trek inside the jungle that extends from Wayanad to Ooty. The waterfall remains accessible all over the year. But it can become risky to visit the falls during the monsoon as the water inflow is exceptionally high. 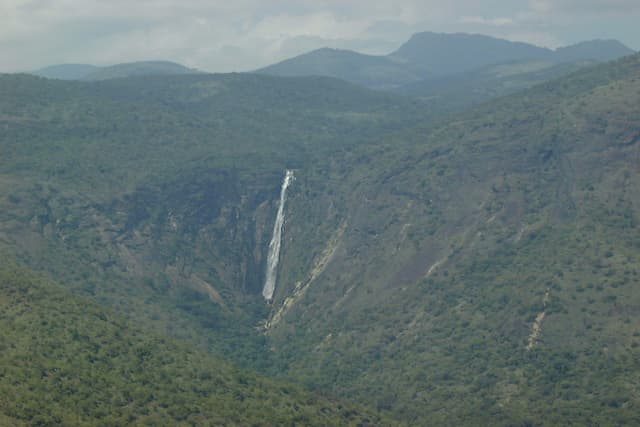 The mesmerizing Kodaikanal of Tamil Nadu is home to not only many hill stations but also the magnificent Thalaiyar Falls. The 297-metre high cascade draws its water from the rain-fed Manjalar River and is a Horse Tail type falls. This waterfall has an alternative name Rat Tail Falls.

It is situated at the Theni district of Devadanapatti area of the state of Tamil Nadu. What is interesting is that the waterfall is vividly visible all through the year from Dum Dum Rock viewpoint, which is placed on Batalugundu-Kodaikanal Ghat. However, the waterfall is mostly inaccessible to general tourists due to non-availability of roads leading to it. That said, those who love hiking can take a chance. 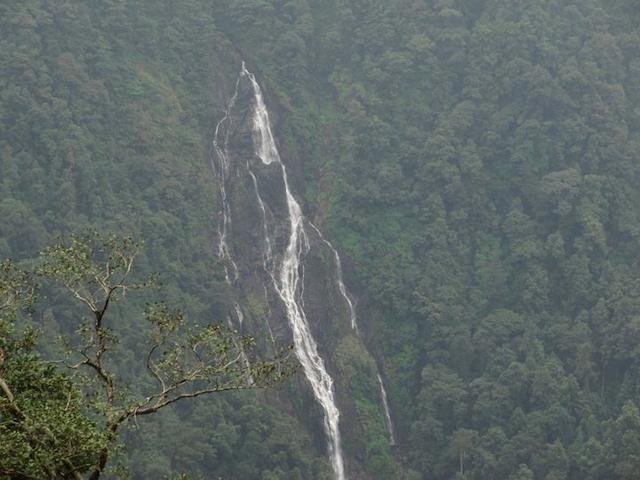 The water of Seeth River jumps from the height of 259 meters to create the Barkana Falls in the Agumbe region of Shimoga District in Karnataka. Situated at a distance of 10 km from the Agumbe region, the falls is covered with dense forests of Western Ghats mountains. There are a few adjacent waterfalls that increase the attraction of the place. One of them is Jogigundi Falls. June to August is the best time to visit Barkana Falls. 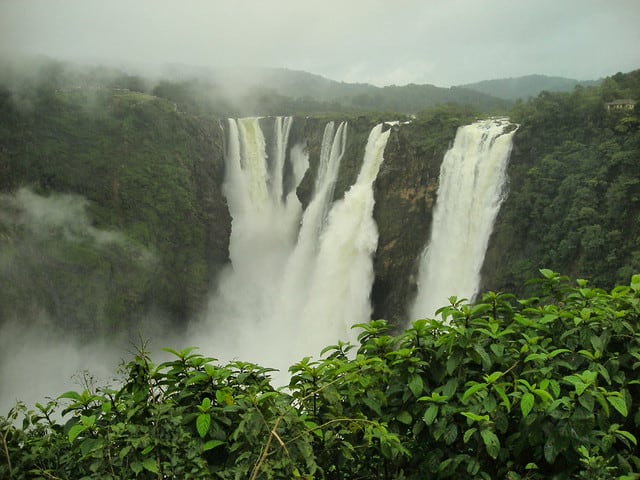 Jog waterfall receives water both from rain and the river Shavarmati. The falls is located in Joga village of the Shimoga district in Karnataka. The waterfall has a segmented type of flow. It is 253 meters in height — the point from which the falls can be best-viewed lies in the Kodakani village. The name of the falls is derived from the word “Joga” meaning falls. 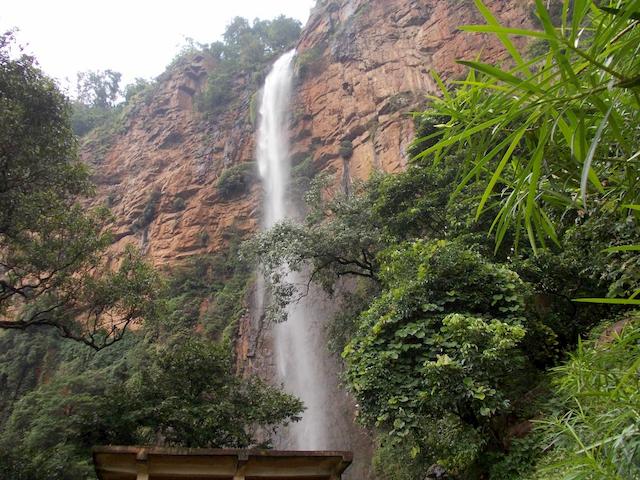 Odisha’s Nanadapani region in the district of Sundergarh is the place where one can locate the Khandadhar Falls. The 244-meter tall waterfall is 104 km from the famous city of Rourkela. It is also a horsetail waterfall, but it looks like a sword. Thus, the name “Khanda” meaning sword and “Dhara” meaning falls. 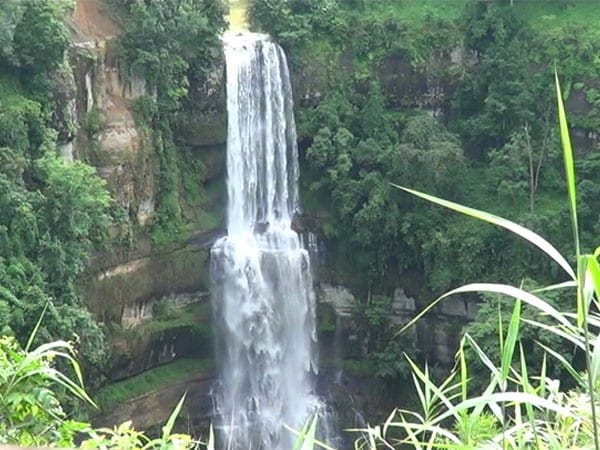 Vantawng Falls is in the state of Mizoram and is a true picturesque beauty. The waterfall has an altitude of 299 meters and is a two-tiered cascade. The place is convenient to access as it is merely an hour’s drive from Aizwal. The source of water for the fall is from river Varna. Owing to an accident where a person fell into the falls and died, people are not allowed to go close to the waterfall. However, there is ample opportunity to get a panoramic view of the waterfall and its adjacent areas. 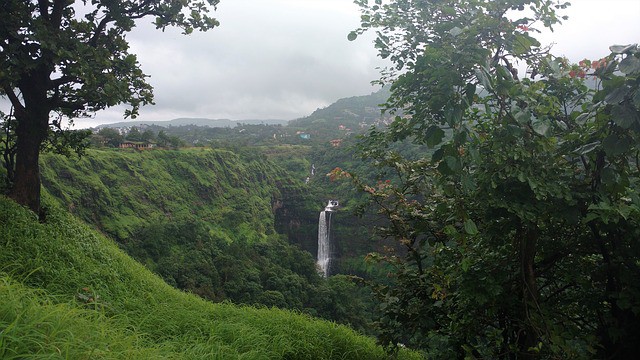 Kune falls is 200 meters tall and is a superbly beautiful place to visit near the famous city of Lonavala in Maharashtra. From the overwhelming majestic Sahyadri Hills and through the thick greenery of the Western Ghats emerges the three-tiered waterfall. It is easily reachable from cities like Mumbai, Pune, Lonavala, and Khandala.

People are allowed to swim and take a bath in the natural pool under the waterfall with permission and of course, in restricted areas of the pool for safety. In monsoon, the waterfall gushes with high strength and creates a splendid view.

All of the waterfalls mentioned above and their adjacent forests and mountains are precious assets of the country which needs preservation and protection from undue human interference and exploitation.

22 Waterfalls in India that Will Leave You Awestruck