What are Depositional Landforms?

On the earth’s surface, landforms are natural features that make the earth beautiful. These landforms include mountains, hills, valleys, and other shoreline features. The geological process in which sediments, soil, rocks, sand, and pebbles are added to the landforms and increase its size, is known as a deposition. The depositional landforms usually occur when the accumulation of sediments and sand is more than that is removed. The rate of accumulation is high and most common where constructive waves are frequent, or quantity of sand is much more. 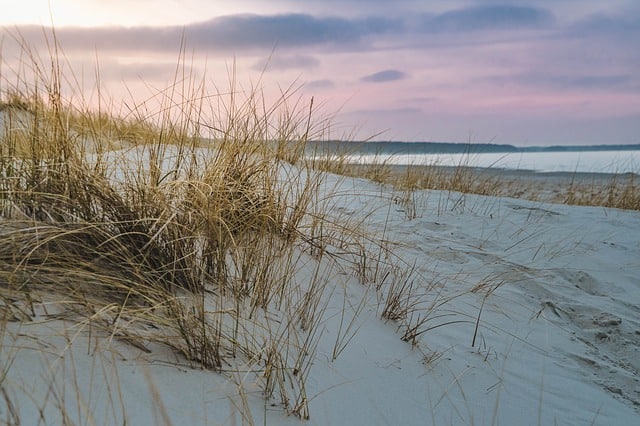 When rocks and cliffs are being continuously weathered, eroded, and moved, these generate a huge material that needs to be deposited or laid down somewhere else. There are processes in which sediments or rocks get transported by flowing ice or water, wind or gravity, and they are deposited on the landforms such as glacial moraines, deltas, beaches, dunes, and salt domes.

If the process causing the deposit is recent and continuing, the shapes of such landforms change over a relatively short period. On the other hand, the processes that were completed millions of years ago tend to leave some depositional landforms as their remnants.

This deposit is caused by a glacier when it moves over a landscape. On its way, it collects rocks, soil and other forms of rubble and carries with it. When the glacier retreats, the debris it contains within, deposits in the new landscape.

Moraines are generally formed when a glacier picks up rock debris from the walls and floor of the valley while moving along a valley, and transporting it with the ice. These piles were carried by the movement of glaciers for long distances. When the ice melted, the piles got deposited.

Drumlin, a streamlined, elongate mound of sediment, is another depositional landform associated with continental glaciation. The compression of such rubble usually creates these tear-shaped depositional landforms. These structures often occur in groups of tens or hundreds, which are called drumlin fields.

Waves also transport materials like sand, rocks, shells, and dirt and deposit them to create landforms both underwater and above the surface.

The major depositional coastal landforms are beaches, spits, and bars. These are made up mainly from sediments deposited by waves. When wave velocities slow down, or when ocean currents slow down because of frictional forces like the sea bed, vegetation, and other counter currents, deposition occurs. The coastlines are depositional landforms that change rapidly with the erosion of existing sediment and the deposition of new sediment.

The wave processes produce beaches by deposition that are the areas of sand, pebbles, and shingle. Beaches have many different shapes because of a considerable variety of types and sizes of sediment.

Ridges and runnels are the beach features that get formed in the foreshore area parallel to the shoreline. Ridges are raised above the adjacent shores that dip into a runnel. The interaction of tides and beach terrain cause these features and are only formed on beaches with shallow gradients. Berm, the other series of smaller ridges can be developed beneath the storm ridges that make high tides to follow the spring tide successively. Cusps are other beach features that are created at the junction between sand and shingle.

Spits are also created by the process of longshore drift when the coast changes direction abruptly. Sand or sediments continue to deposit across the river mouth by longshore drifts resulting in the creation of a long sandbank like Spurn Head at the mouth of Humber Estuary. Some eroded materials get caught up within the waves and are usually carried along the coastline by sea in cells known as littoral cells. Waves follow a zigzag fashion while carrying the material along the shore as they swash material up to the beach at an angle and backwash material down the beach at a right angle.

The direction of prevailing wind determines the angle of swash. Eventually, this material builds up, out into the sea and creates a spit. Spit mostly curves inwards towards the land due to the prevailing wind that directs waves pushing the sediment in towards the shore.

A break in the coastline also causes the materials to get deposited closest to the shore. It is mainly due to counter currents and a loss in velocity that drop or collect the materials.

Waves also deposit sediment in areas offshore that build up to be sandbars and dunes. These formations usually occur when it crashes down in shallow waters and draw some of the sediment from the bottom back out towards the ocean.

Sometimes when sand deposits are blown off the beach and dried in the intertidal zone, then a dune is created. Usually, the rate of sand deposition, in this case, is higher than the erosion that formed a dune. Debris such as rocks and pebbles trap the dried sand at the top of the beach. When the dune is colonized by plants or increase in size, it tends to trap more sand. Dunes are formed as embryo dunes in the starting and then gradually get developed into dune ridges.

When a spit links two headlands, a bar is formed. At low tides, bars are more pronounced because they cause the water to be shallow and break the water waves. A lagoon may be formed by a bar within a bay. Besides, a tombolo is formed when the mainland and an island get linked by the spit.

Rivers can also carry sediment downstream and deposit it while entering into a larger body of water.

The Mississippi River delta was formed by a complicated process that was guided by the deposition of the sediment. The channels were created with the rise and fall of waters through which the river water flowed. Whenever channels get obstructed, or soil from upriver is piled up, the mouth of the river shifts to accommodate these changes, and the delta is formed. The coastline of the southern United States looks much different today than what it was before.

The change, however, occurs much more frequently in the other depositional landforms. The change in the coastlines of beaches usually occurs with the tides and may erode or advance into the ocean along with the waves that deposit more silt or carry it away.