You’ve probably heard of feature pieces and articles talking about tsunamis. But have you ever wondered what they actually are and how they are created? In case you did, keep reading this article for some unbelievable facts about this natural phenomenon. 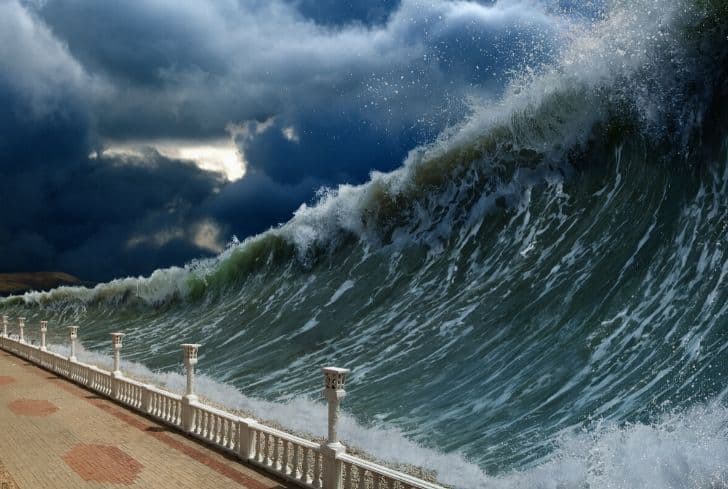 What is a Tsunami?

In the simplest terms, a tsunami can be defined as the massive waves that are created from an earthquake or a volcanic activity under the sea level. As the waves start traveling, they continue reaching greater heights. This phenomenon takes a bigger shape when the ocean’s depth is fairly low. So, in a way, a tsunami can be characterized by a sudden and yet incredibly rapid elevation in the average sea level.

Contrary to popular notion, the speed of an ongoing tsunami won’t depend on the primary wave’s distance. Instead, it will almost entirely rely on the ocean’s depth. The waves from the Tsunami are extremely fast and they slow down only when they reach a shallow water level.

Despite the veracity of this natural phenomenon, it is worth noting that Tsunami, in general, is a rare event that only occurs around once or twice a year anywhere across the world. The most destructive tsunamis, however, have been known to occur once in ten to fifteen years.

Causes of a Tsunami

Tsunamis can be generated due to a range of geological activities. Here’s what you should know about them.

Tsunamis might occur in the event of an earthquake. As the fault zones move along the boundaries of the tectonic plates, a sudden spike in the sea level might be observed. This later takes the shape of a tsunami.

Earthquakes are correlated to tsunamis because the strongest earthquakes are observed in the subduction areas where the different ocean plates fall under their younger counterparts or other continental plates.

READ:  What is an Earthquake and What Causes Earthquake?

That being said, every earthquake isn’t known to cause a tsunami. Tsunamis will only occur when the earthquake meets the following conditions.

Landslides occurring in a coastal area can bring a surge of additional water within the sea. This phenomenon will affect the existing seawater, eventually causing a tsunami. A landslide at an underwater level might also create the same effect. This is especially more common because the particles released due to the landslides exhibit strong movements and pushes the nearest source of water to a lofty elevation.

While this isn’t as common as other natural phenomena, violent or strong eruptions might cause sudden disturbances that end up displacing a massive amount of water. This results in a highly destructive tsunami with extremely powerful waves.

In addition to volcanic eruptions, a big tsunami might also be created by a sudden slope failure or explosion. Probably the most remarkable example of this event was observed in 1883 when the volcanic collapse of the Krakatoa resulted in Tsunami waves elevating up to a whopping 135 feet. This event leads to the destruction of villages, and smaller towns in the Java and Sumatra islands. The death toll was more than 36,000.

While this too is an extremely rare instance, tsunamis might be created when two or more extra-terrestrial particles collide. These particles include different celestial bodies like meteorites and asteroids.

Several scientists have found that if these particles collide on an ocean bed, it would naturally lead to the elevation of the waterbody, thereby resulting in a tsunami. However, for this to happen, a large asteroid of at least six to eight kilometers in diameter needs to collide in the center of a massive oceanic basin like that of the Atlantic Ocean.

How is a Tsunami Formed?

As you probably know at this point, Tsunami is created from a massive movement of the seafloor usually caused by earthquakes, volcanic activities, or underwater landslides. While each of these causes is probable, almost 72% of all recorded tsunamis had been created because of earthquakes.

The disturbance caused by earthquakes ends up displacing massive masses of water from their usual position of equilibrium, resulting in tsunamis. In the following section, we will delve deeper into this process.

Before we discuss the impact of seabed disturbances, it is important to grasp the concept of tectonic theory. The idea is simple. Our earth comprises of multiple plates that include the seafloor as well as the continents. Both the seabed and the continent move with respect to each other up to a couple of inches. The process happens every year.

The boundary of a plate is the spot where both the plates have proper contact or where they touch each other. How one plate will move with respect to another one will indicate the kind of boundary that’s taking place.

If the plates repel and one plate moves away from the subsequent one, it is termed as spreading. Again, when the two plates try to come near each other, where one slides below another, it is known as subduction. Finally, if the two plates are seen horizontally moving past themselves, it is called transformation.

Among these different phenomena, subduction is the primary cause of earthquakes.

Since most tsunamis are formed due to subduction, it is worth learning more about it. At this point, you probably know that subduction occurs when two tectonic plates come near one another. As a part of this process, the heavier plate is seen sliding below its lighter counterpart.

READ:  Causes and Effects of Hurricanes

When this happens, a certain part of the seabed moves upward due to the sudden surge in tension. After a point, a bigger volume of seawater moves towards the nearest land surface resulting in a huge bulge. When the water starts flattening out, big ripples move in an outward direction wiping out everything that comes in the way.

Like subduction, underwater landslides and volcanic explosions might also create tsunamis. These are often a part of the earthquake as well.

During the event of an aquatic landslide caused by an earthquake, the sea’s natural level of equilibrium will be impacted by the sediment that moves across the seabed. At this point, gravitational forces will trigger a tsunami.

Similarly, volcanic explosions triggered by earthquakes might create a sudden pressure that can displace water levels, eventually creating a tsunami.

In the case of regular non-aquatic landslides, particles from the landslide will impact the water level. The debris will displace the sea column, producing tsunamis.

Where do Tsunamis Occur?

Tsunamis are primarily observed along the Pacific Ocean. That is because almost all major earthquakes are linked to the subduction zone across the boundaries of this ocean basin, also known as the Ring of Fire.

More than 90% of all recorded earthquakes and tsunamis have occurred near the Ring of Fire. Tsunamis are also common in the sea trenches of Japan, Indonesia, Chile, and other countries.

Earthquakes are probably the biggest indicators of a tsunami. So, if you live in a coastal area and experience a powerful quake, immediately vacate the area. In case you hear about an impending earthquake, prepare yourself for the possibilities of a tsunami and always source additional information from local news channels and the internet. 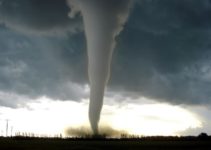