What is Illegal Immigration?

When you move across borders from your country to another country, you need to have certain legal documents and follow defined immigration laws of the destination country.

If you move into the country without the necessary legal documents or violates the immigration laws, then you will have committed illegal immigration. You will be termed as an illegal migrant.

So, Illegal immigration is the movement of foreign nationals into a country without requisite legal documents or in any way that flouts the destination country’s immigration laws. 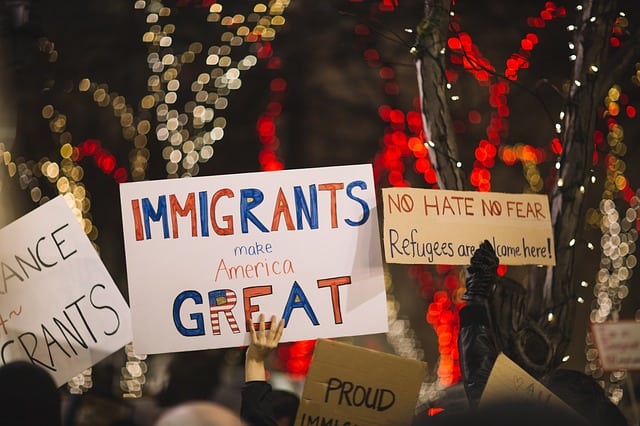 There are numerous reasons as to why people move to foreign countries without following the proper channels, these are the most common reasons:

Lately, developing countries have embraced measures to liberalize trade in the spirit of pursuing the benefits of globalization.

However, rapid opening of domestic markets could result in the displacement of large numbers of unskilled workers, who are highly likely to seek employment and better living standards through illegal immigration.

Past events have shown that increases in poverty, particularly when associated with ongoing crises, can raise the likelihood of illegal immigration.

A good example is the 1994 economic crisis after the establishment of the North American Free Trade Agreement (NAFTA). This crisis was associated with pervasive poverty and a lower valuation for the Mexican peso against the U.S. dollar.

The economic crisis saw the number of illegal Mexican migrants in the U.S. increase annually from the mid-1990’s to the mid-2000’s. Natural disasters and overpopulation are other common causes of poverty-driven illegal immigration.

You could be a legal resident or naturalized citizen of a country and you are looking to bring your loved ones into the country legally.

READ:  What are Causes and Effects of Environmental Degradation?

In this case, you may need to apply for reunification visas. However, these visas are normally limited in number and subject to annual quotas. Consequently, your loved ones may be forced to enter the destination country illegally to be reunited with you.

Overpopulation occurs when population growth outstrips the carrying capacity of an area. Human population explosions can lead to problems such as water shortages, pollution, and poverty. These problems may cause people to flee their homeland to foreign countries illegally.

For example, most illegal immigrants coming to the U.S. are from Mexico. Mexico has a poor economy and the drug cartels in the country are known to kill at least 80,000 people every year.

Conversely, the U.S. enjoys a relatively more stable economy and a safe environment. That is what attracts the Mexicans.

Illegal immigration could be caused by the need to flee from a war-torn or repressive country. However, if you escape such a situation, you will not be termed as an undocumented or illegal migrant in most countries.

If you apply for asylum in the destination country and are granted refugee status you will have the right to stay permanently. If the country denies you any kind of legal protection statues, then you may be forced to leave the country.

The effects of illegal immigration may come out as positive or negative depending on how you look at them. Here are some of the major effects:

1. A strain on Public Utilities

Illegal immigrants normally use the public services such as health facilities, public schools, transportation, parks and every other public utility you can think of. However, they don’t pay taxes for the building and maintenance of these utilities.

Illegal immigrants are normally desperate for a source of income and don’t mind working for less pay. Hence, employers in the destination country don’t have to hire workers whom they must pay the standard rates.

Moreover, illegal workers can take up just about any kind of work as long it guarantees a steady income. It doesn’t matter how hard or hazardous it is.

Conversely, citizens of most destination countries, especially the U.S., are normally choosy. They also don’t hesitate to file lawsuits or worker’s compensation in case of an injury or perceived injustice. Illegal immigrants can’t sue and hardly complain about work-related issues.

3. Loss of Jobs for Citizens

In light of the fact that illegal immigrants are usually ready to work on lowest pay, they take away jobs meant for locals. You should also be alive to the fact that all natives deserve the jobs before legal or undocumented immigrants.

While employers are normally happy about this situation, it can be frustrating to citizens who can’t find reasonably paying jobs.

Employing illegal immigrants means the employer gets away without paying requisite taxes. This leads to significant savings. And consumers could end up enjoying cheaper products and services, thanks to lowers costs of production.

That sounds like a positive impact. However, the loss of tax revenue could undermine government programs.

Without the tax money that employers should remit for jobs held by illegal immigrants, government projects that are beneficial to all of us may end up stalling. That hurts everyone to benefit a few.

The pursuit of better quality life is the primary cause of illegal immigration. This is mostly achieved through employment in the destination country. And the desperation for employment drives illegal migrants to work in dangerous industries such as construction and agriculture.

Moreover, illegal workers have limited ability to uphold safety at work, thanks to the complex web of consequences that shroud illegal migrant status.

Besides the physical dangers that illegal immigrants are exposed to at work, the choice to move across borders in search of employment normally entails work-related lifestyle factors that affect the physical, social, and mental well-being of immigrants and their loved ones.

6. Rise in Criminal and Terrorist Activities

While most of the illegal immigrants are only looking for employment opportunities, there is a good number among them that are involved in criminal activities.

The MS-13 gang, which comprised of Central American immigrants, is a good example of illegal immigrant turned criminals. In fact, it has been christened “the most dangerous gang in the world.”

Without proper monitoring of those who are entering a country illegally, criminals and terrorists could also find their way into the country. This creates danger for law-abiding residents. Moreover, it is not easy to track and prosecute illegal criminals.

Many people are keen to follow the right procedures for immigration. However, they could decide to take shortcuts if they are convinced that it is possible, and perhaps even more rewarding, to get into the country illegally.

Foreign nationals require permission from the destination country before they can come in and stay. Violation of the country’s defined immigration laws would render them illegal migrants. Illegal immigration is caused by many factors, including poverty, overpopulation, trade liberalization, and wars in countries of origin. It can have serious impacts on the economy of the destination country as well as on the lives of the illegal migrants themselves.