What are U-shaped Valleys?

Valleys are of many kinds, however, among valleys mostly found formations are either U-shaped valley or V-shaped valley. U shaped valleys are found all over the world and are very common in mountain ranges, mainly where glaciers are formed or in previously glaciated mountainous areas.

U-shaped valleys usually have a distinct U-shaped outline, high, straight and steep walls and a rounded or flat bottom. These are thousands of feet deep and several miles in length. 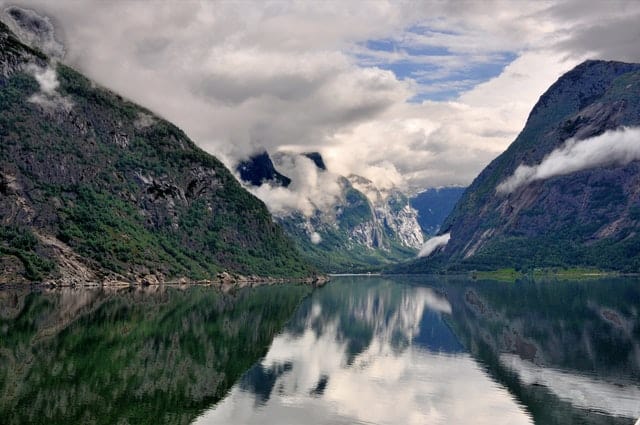 This geographical formation occurred primarily due to glacial erosion and also referred to as a trough valley or a glacial trough. U-shaped valley occurs typically in the V-shaped valley already existing. It takes 10,000 to 100,000 years by glaciers to flatten out the bottom of V-shaped valley and convert it into a U-shaped valley. The effect of glaciers is profound on the topography (lay of the land) as up to billion-ton ice cubes rearranged the landscape grinding its way overland slowly.

When temperatures are low, the cool climate results in the formation of glaciers along the mountain top and erosion process occurs. Glaciers start to move after they are formed and travel across slowly sliding down the side of the mountains carving the valley by the action called scouring. As the movement of the glaciers gets constrained by the V-shaped valley, the force is concentrated in the floor.

The glacier digs into the ground, making the bottom of the valley flat which is the characteristic of U-shaped valleys. More the floor of the valley widens, more the surrounding sides get eroded further, thereby ultimately leading to the high and steep sides. After the glacier retreats, a flat-bottomed, steep-walled U-shaped valley is left behind. When the ice thaws or recedes, the valley is often littered with small boulders carried within the ice, called glacial till or glacial erratic.

U-shaped valleys are mostly found in the mountainous regions such as the Alps, Caucasus Mountains, Himalaya, Rocky Mountains, Canada, and New Zealand. They are also found in other major European mountains like the Carpathian Mountains, the Pyrenees, Rila and Pirin mountains in Bulgaria, the Scottish Highlands and those in Scandinavia. A classic glacial trough is in Glacier National Park in Montana, in the USA in which the St. Mary River runs. One of the famous U-shaped valleys is the Nant Ffrancon Valley in Snowdonia, Wales.

Some of the well-known U-shaped valleys from around the world are detailed below. 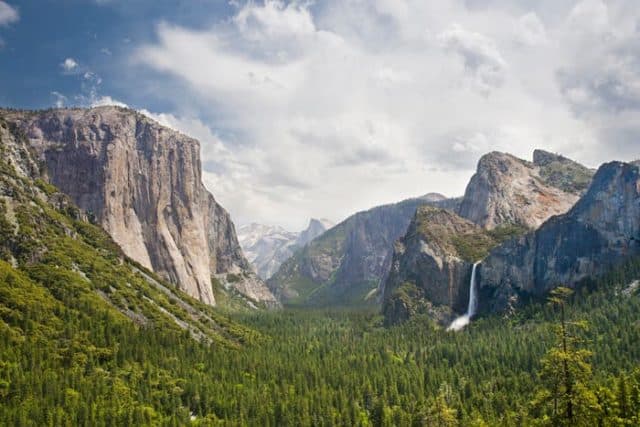 The bottom of the valley is densely forested with pines and filled with a forest habitat. The Merced River and other streams and waterfalls drained the valley. Yosemite Falls, which is the highest waterfall in North America, is a big attraction mainly in spring.

READ:  14 Different Types of Terrain That Can be Found on This Planet

The valley is the centerpiece of Yosemite National Park for its scenic wonders. It is famous for its natural environment, attracting visitors, especially in summer. They enter the valley by roads to the west and pass through the Tunnel View entrance, and visitor facilities are located in the center of the valley. Glacier Point offers the best views of the valley. 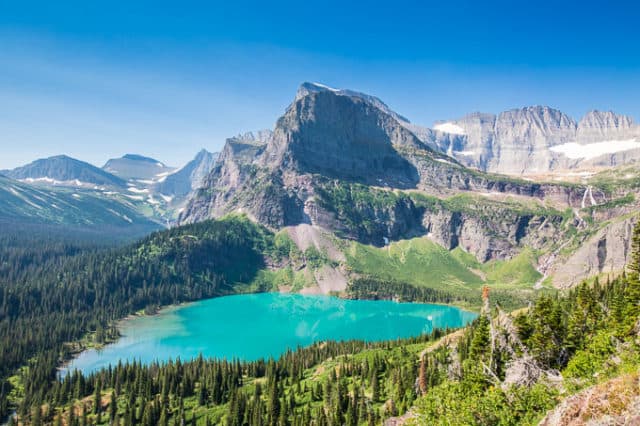 This American national park is located in northwestern Montana, and the enormous glaciers of the last ice age carved them into their present shapes. Although the glaciers have mostly disappeared over the previous 12,000 years, evidence of widespread glacial action is still visible throughout the park in the form of U-shaped valleys.

Here the McDonald Valley is an excellent example of a U-shaped valley as seen from Going-to-the-Sun Road two miles or more from “the Loop.” The St.Mary River flows through a U-shaped valley in Glacier National Park. The valley begins from where the river starts, which itself starts as a stream below Gunsight Mountain, at 9,263 feet above sea level and is covered in glaciers. 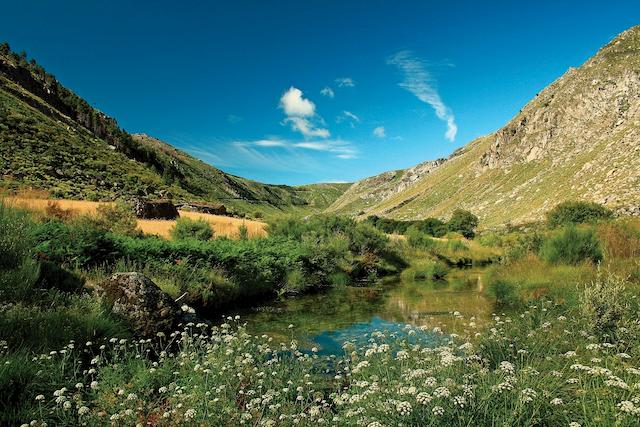 The glacier-scoured Zêzere Valley (Vale do Zêzere) is one of the most significant natural features of Serra da Estrela and also one of the best examples of how ice molded the mountain landscape. All the characteristics of a U-shaped glacial landscape are present in the Zezere Valley.

The valley was originated 20,000 years ago when the thick ice sheet covered the plateau and was damaged due to an increase in atmospheric temperatures. Its steep slopes and waterfalls are chaotically strewn with boulders and dotted with sparse vegetation.

Half-way along this straight line, Cântaro Magro summit and the pyramid of Torre emerges from the jagged edge of the glacial cirque. The road passes very close to the source of the Zezere, “Cantaros” which is accessible on foot to enjoy the magnificent and incomparable beauty of the valley.

Nant Ffrancon Valley in the north Snowdonia, Wales is known as a steep-sided deeply glaciated valley and famous for its outstanding views. The valley starts in Cwm Idwal, and carries water from Llyn-y-Cwn through Twll Du and Llyn Idwal and meets the Ogwen Valley just below the Ogwen Falls on Afon Ogwen. The road starting from the western end of Llyn Ogwen to Bethesda in Snowdonia passes through the valley of Nant Ffrancon.

British film-makers have frequently used the valley as a filming location including doubling for the Khyber Pass in the Carry On film Carry On up the Khyber and doubling for the Himalayas in the Doctor Who serial The Abominable Snowmen. The 1950s movie, The Inn of the Sixth Happiness, also filmed in this location.

U-shaped and V-shaped valleys have distinguishing features which make them different. U-shaped valleys are unique as they have much broader bases with steep and straight walls compared to typical V-shaped valleys, which have narrow bottoms and steep walls having V-shape in the cross-section.

Glacial erosion causes the formation of U-shaped valleys, whereas V-shaped valleys are the result of carving by the rivers through their course.

Glaciers do not get influenced easily by rock hardness as are rivers. They bulldoze ahead, straightening out twisty river valleys.

A glacier sculpts the land in ways that are different from flowing water. A river occupies a small U-shaped channel in the bottom of a V-shaped valley whereas a glacier carves out the whole valley into a U-shape.