What is a Plateau?

Earth has four major landforms, namely mountains, hills, plateaus, and plains. Plateaus take up one-third of the Earth’s land surface and therefore found in every continent. It is an elevated landform with a more or less large flat or leveled area on top. Plateaus are also called high plains or tablelands as they have a large area on top and a steep slope on the sides. A plateau has a steep slope or vertical cliffs on at least one of the sides rising sharply above the surrounded area.

The economic significance of Plateaus is huge. Plateaus are a storehouse of minerals and world’s most of the minerals are found in plateaus. The waterfalls formed at the edges of plateaus make them ideal locations for hydel power for a generation. The climate is generally cold in the higher parts of the plateaus in even tropical and sub-tropical regions. Plateaus containing extensive grasslands are suitable for animal rearing, and the fertile soil is also ideal for cultivation. Plateaus also have picturesque spots that attract tourists greatly from all over the world. 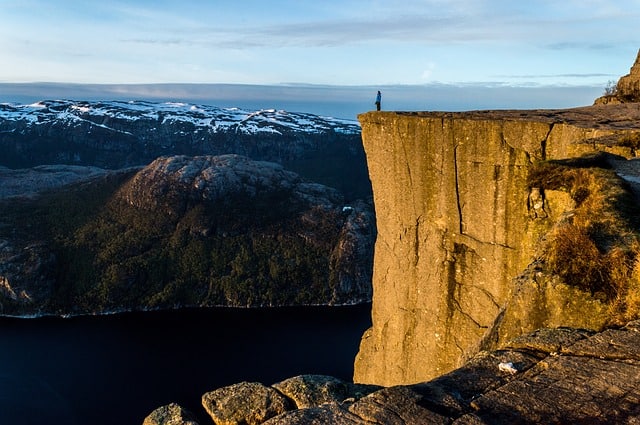 How are Plateaus Formed?

Many processes are behind the formation of plateaus including collisions of tectonic plates, upwelling of volcanic magma, extrusion of lava, and erosion by glaciers and water.

A dissected plateau forms due to the upward movement in the Earth’s crust. The slow collisions of tectonic plates uplift the land to form a plateau. Example: The Colorado Plateau in the western United States, Tibetan plateau.

The ground swells upward, and the large, flat areas of rock are uplifted to form a plateau. Whereas in case of plateaus formed by extrusion, lava comes out from narrow cracks, fissures and weak regions of the crust and solidifies after spreading over a vast area. These layers of lava sheets form plateaus.

The erosional processes of glaciers on the mountain ranges also form Plateaus in between the mountain ranges. Water can also erode down mountains and other landforms into plateaus. Dissected plateaus are also highly eroded by rivers and broken by deep narrow valleys.

Other Classifications of Plateaus according to the Surrounding Environment

Intermontane plateaus are bordered by mountains and are the highest in the world. Example: the Tibetan Plateau, the Columbian plateau, the Bolivian plateau, and the Mexican plateaus.

Continental plateaus are bordered by the plains or oceans on all sides forming away from mountains. Example: the Antarctic Plateau in East Antarctica.

Piedmont plateaus are bordered by a plain or a sea on one side and by mountains on the other. Example: The Patagonian Plateau in South Africa and the Piedmont Plateau of the Eastern United States between the Atlantic Coastal Plain and the Appalachian Mountains.

10 Most Famous Examples of Plateaus 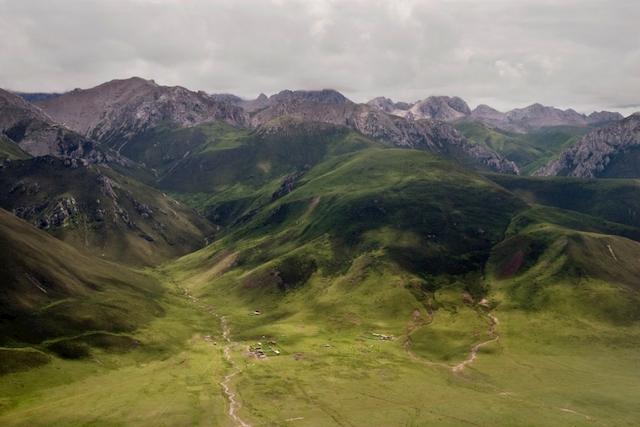 Tibetan Plateau is the world’s highest and largest plateau of central Asia, also called the ‘roof of the world.’ It covers approximately 2,500,000 km² (970,000 sq mi) and at around 5,000 m (16,000 ft) above sea level. It is formed out of the collision of the Indo-Australian and Eurasian tectonic plates.

The Himalayan Range surrounds it in the south, the Kunlun Range in the north, Qilian Mountains in the northeast and the Karakoram Range in the west. It covers the maximum Autonomous Region of Tibet and Qinghai in western China, Ladakh in Jammu and Kashmir and Lahaul & Spiti in Himachal Pradesh in India. 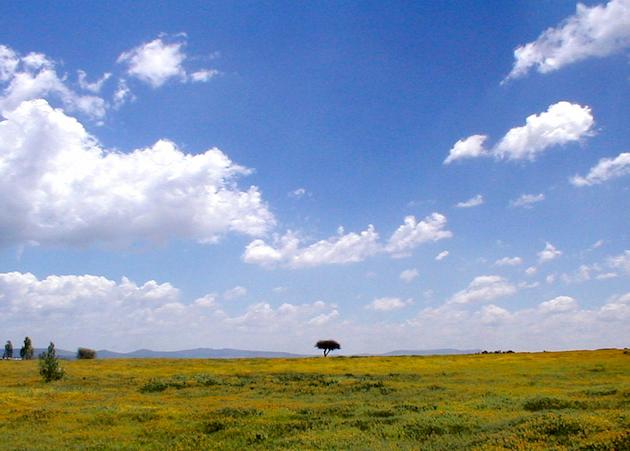 Mexican Plateau is another high altitude plateau in North America. It covers an area of 601,882 km² (232,388 sq mi) with an average height of 1,825 m, and it is the home of 70 million and more people. As different types of metallic minerals such as silver, copper are found here, it is known as ‘Mineral Store.’ Chihuahua, the world’s biggest silver mine, is situated in this plateau. 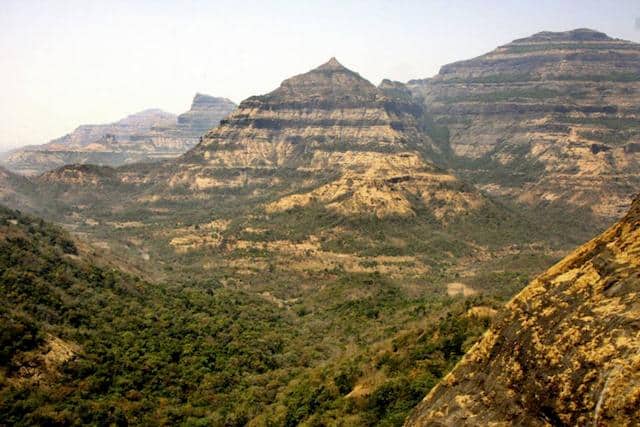 The Deccan Plateau is the largest Indian plateau in western and southern India located between two mountain ranges, the Eastern Ghats and the Western Ghats. This largest volcanic feature on Earth is made of multiple basalt layers or lava sheets covering 500,000 km² of area.

Extending over eight states of India including significant parts of Andhra Pradesh, Karnataka, Maharashtra, and Telangana, the Deccan Plateau encompasses a wide range of habitats and is rich in mineral ores like iron ore and mica in Chotanagpur region, and diamonds, gold, and others in the Golconda region. 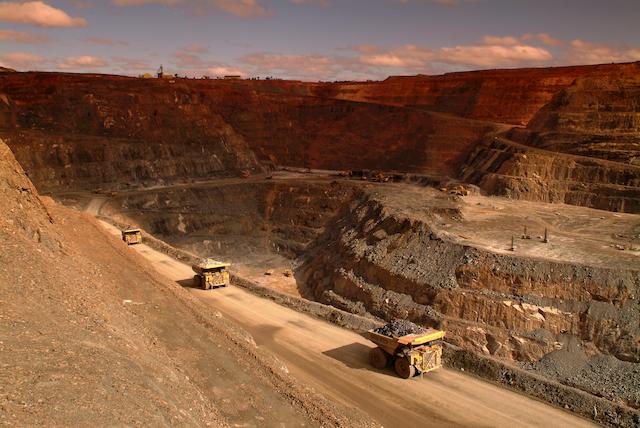 Katanga or Shaba Plateau is located in the southeastern Katanga Province in the Democratic Republic of the Congo. It is a region for farming and ranching covering 496,871 km² area and is at 1220 m (4,000 ft) above sea level. Mostly known for copper and uranium deposits, the Katanga Plateau also has other mineral resources like Gold, Silver, Uranium, Cobalt, Zinc, and Tin. 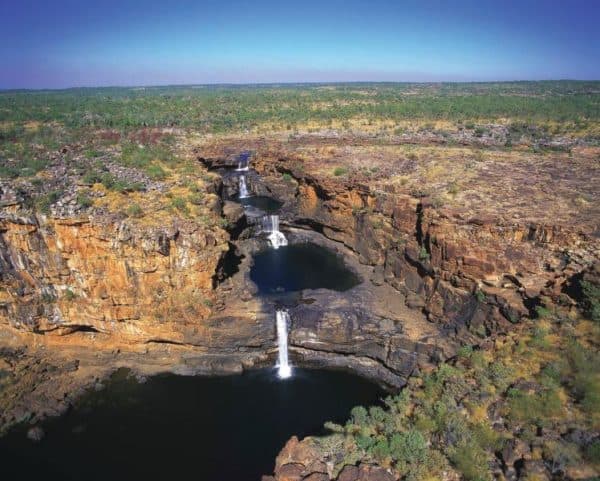 It is the northernmost part of Western Australia and formed due to the volcanic eruption. It covers 423,517 km² (163,520.8 sq mi) of area. The Northern Territory surrounds it in the east, the Indian Ocean in the west, the Timor Sea in the north, and the Great Sandy and Tanami Deserts in the region of Pilbara in the south. This plateau is rich in mineral deposits such as iron, gold, silver, diamond, pearl, lead, zinc, kimberlite (diamond-bearing rock) and oil. 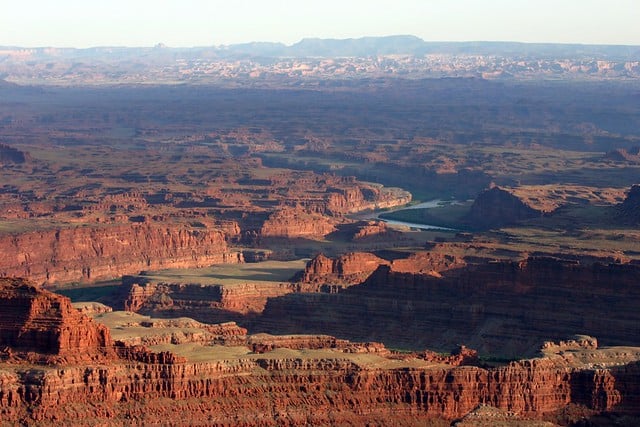 The Colorado Plateau or the Colorado Plateau Province is the largest plateau in America lying in its southwestern part. It covers an area of 336,700 km² (130,000 mi2) covering northern Arizona, western Colorado, northwestern New Mexico, and southern and eastern Utah.

Outside the Washington, DC metropolitan area, this plateau is the greatest attraction of U.S. National Park Service (NPS) units in the country. The Grand Canyon of the Colorado River lies in the southwest corner of the Colorado Plateau. It is mostly made up of high deserts and scattered forests. 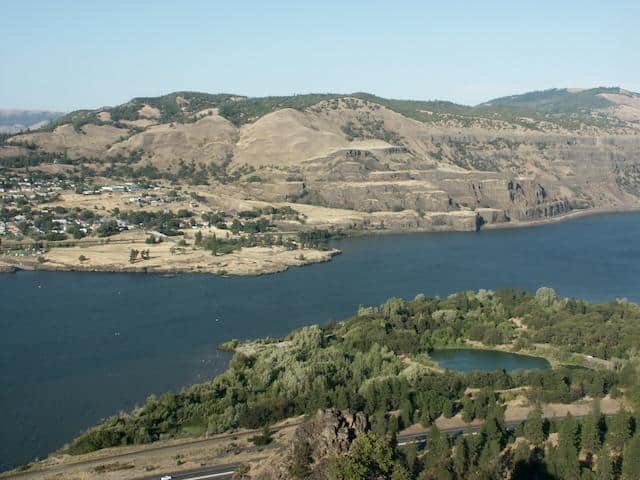 The Columbia Plateau or Columbia Basin is located entirely in Eastern Washington and north-central Oregon and the eastern edge into Northern Idaho in the Northwestern United States.

A flood basalt engulfed about 160,000 km² (63,000 square miles) of the Pacific Northwest formed this large igneous province with consequent lava flow coating over a period of perhaps 10 to 15 million years. Therefore, it is also called ‘flood basalt plateau,’ and the Rocky Mountains and Columbia River divide this plateau. 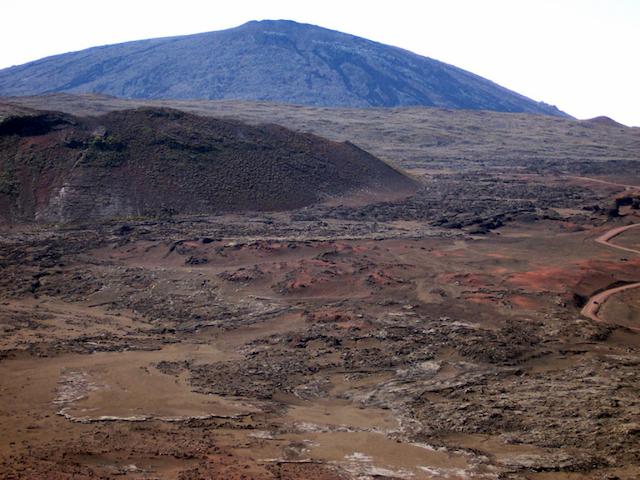 Plateaus are not only found on land but in the ocean too. Mascarene Plateau is one of those kinds located in the Indian Ocean east and north of Madagascar. Also called a submarine plateau, this plateau covers 115,000 km² (44,000 sq mi), and more area of shallow water and its depths ranges between 8–150 m (30–490 ft).

It extends approx. 2,000 km (1,200 mi) from Seychelles in the north to Réunion in the south. After the Kerguelen Plateau, it is the second most extensive undersea plateau in the Indian Ocean. The Mascarene plateau’s northern part is made of granite and topped with limestone and basalt deposits. 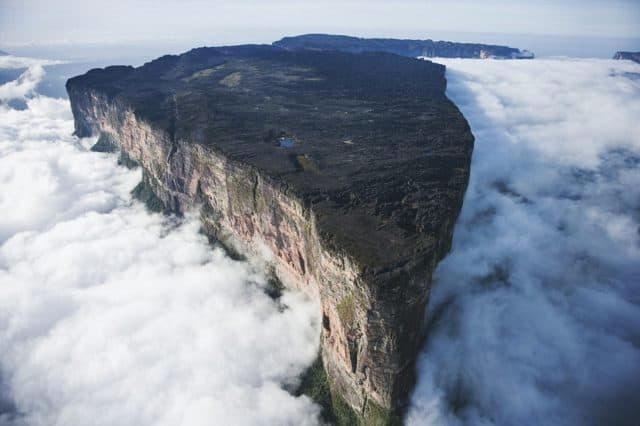 Auyantepui, which means “Devil’s Mountain,” is a tabletop mountain or a tepui, and also a famous plateau in Bolívar state, Venezuela with a summit covering 666.9 km² (257.5 sq mi).  It is one of the largest (not the highest) tepuis in the Guiana Highlands and also the most visited spot.

Some areas of the plateau are heavily inclined, reaching from 5,200 to over 8,000 feet. It achieved international fame being the source of the tallest waterfall in the world, Angel Falls, at 3,212 feet above its base with an uninterrupted descent of 807 meters (2,648 ft). 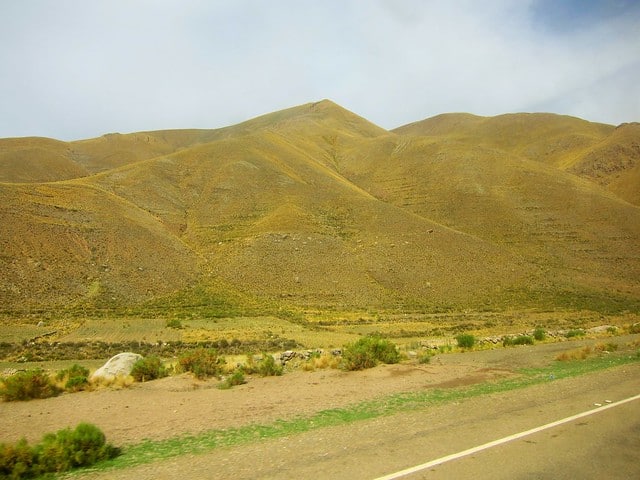 The Altiplano or Andean Plateau or Bolivian Plateau is located in the west-central part of South America where the areas of the Andes are the widest. This intermontane plateau is situated between two ranges of the Andes Mountains. The bulk of this most extensive area of the high plateau lies in Bolivia, whereas its northern parts lie in Peru and southern regions in Chile and Argentina. It is a significant tin reserve area.