A body of land surrounded by water is called an island and going by its definition, we can find numerous islands in ponds, lakes, rivers, and mostly in oceans. We even know some continents that are surrounded by water, but as they are huge in size, they are not considered an island. For example the smallest continent, Australia is three times larger in size than the world’s largest island Greenland.

There are even small tiny islands called islets. The size, climate, landscape, and the kinds of living organisms vary from one island to the other. Here is the list of 11 largest islands in the world for you to gather better information about islands. 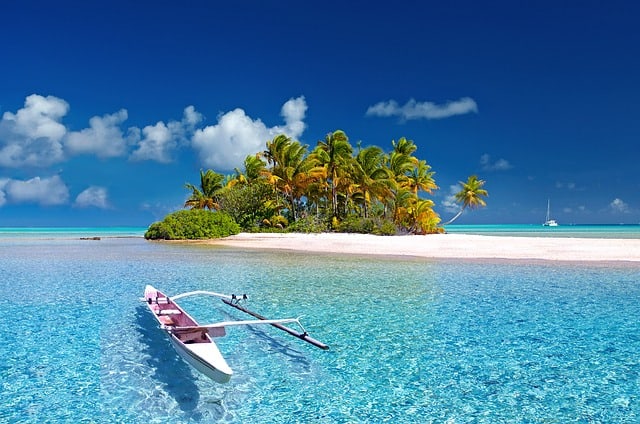 11 Largest Islands in the World

Greenland is the world’s largest island located between the Arctic and Atlantic oceans. It is also Denmark’s autonomous constituent country. Known for its immense glaciers and vast tundra, three-quarters of the island is covered by the permanent ice sheet only other than Antarctica. Its capital and largest city Nuuk (Godthåb) is the home of about one-third of the population of this island.

Greenland is the world’s least densely populated territory, and the majority of Greenlandic people are Inuit or Eskimo. Despite the inhospitable land and waters and long winters, these days the island has become a popular destination for adventure tourism for whale watching, winter sports, and hiking.

New Guinea is the second largest island of the eastern Malay Archipelago after Greenland. It is divided equally between Papua New Guinea on the east side and Indonesia on the western side. Jaya Peak or Puncak Jaya is the highest point in western Papua province in Indonesia.

Both are world-famous diving destinations with superb conditions throughout the year. The biodiversity including fish, colorful arrays of the coral and rich variety of flora in rainforests, Savana grassland attracts tourists to this island.

Borneo is third-largest rocky island located in the Malay Archipelago of Southeast Asia. It is spread among three countries: Indonesia (73%) to the south, and Malaysia (26%) and Brunei (1%) in the north. Mount Kinabalu, 13,455 feet (4,101 meters) is the highest altitude of this island and also the tallest peak in Malaysia.

Borneo is known for its biodiversity, flora and fauna, endemic birds and mammals, freshwater fish and other aquatic animals. Its ancient rainforest is one of the oldest in the world and home to exotic as well as rare wildlife including wild Bornean orangutans, Borneo elephants, Bornean clouded leopards, and Eastern Sumatran Rhinoceros.

The aquatic animals like Irrawaddy dolphins, saltwater crocodiles, are found in the South China Sea waters. Here, the beaches along with diving sites are equally famed.

Madagascar is the fourth-largest island located off Africa’s southeastern coast. It is the largest island country in the Indian Ocean. The summit Maromokotro of the Tsaratanana Massif, 9,436 feet (2,876 meters) is the highest point of the island.

Madagascar is a hotspot for biodiversity. Around 90% of its wildlife and more cannot be found anywhere else on Earth. However, the rapid growth in human population and other environmental changes pose threats to the diverse ecosystems and unique wildlife of this incredibly diverse island.

Located in the Canadian territory of Nunavut, Baffin is the fifth largest island in the world and also the largest island in Canada. The island was named after William Baffin, an English explorer of 17th-century. Baffin Island contains expansive landscapes including numerous spectacular fjords, glacier-laden jagged mountainous peaks, deep valleys, and coastal marine wildlife. The rare polar bears, kayaking trip around the glaciers, and dog-sled tours attract tourists to this island from around the world.

READ:  Causes and Effects of Eutrophication

Sumatra is the sixth largest island in the world, and in the Malay Archipelago. It is also the second largest island of the Greater Sunda Islands that is entirely located in Indonesia. This island is known for its smoldering volcanoes, rugged tropical terrain, picturesque beaches and rare wildlife including many critically endangered species like the Sumatran tiger, the Sumatran rhinoceros, the Sumatran elephant, Sumatran orangutan, and the Sumatran ground cuckoo. Gunung Leuser National Park, Kerinci Seblat National Park, and Bukit Barisan Selatan National Park are the three listed as the Tropical Rainforest Heritage of Sumatra World Heritage Site. Medan is the largest populated city of this island.

Popularly known as the Japanese mainland, Honshu is the largest island out of Japan’s four main islands. Located between the Pacific Ocean (east) and the Sea of Japan (west), the island holds Japan’s largest iconic mountain, Mount Fuji, a snow-capped volcano and also 30 other highest peaks of Japan.

The largest lake of Japan, Lake Biwa is also located here. Honshu is the world’s second-most populated island after the Indonesian island of Java as it is the home to most of the major cities and cultural sites of the country.

Tokyo, the Japanese capital and the busy global hub for industry, finance, fashion, and cuisine lies on the east coast. Kyoto in central Honshu is famous for its Zen temples, traditional geisha entertainment, and gardens.

Victoria Island is world’s eighth largest island and the second largest in the Canadian Arctic Archipelago. Named after Queen Victoria after it was discovered by Thomas Simpson in 1938, Victoria was explored first time by John Rae in 1851. Located between the Northwest Territories and the Nunavut territory of Canada, it lies entirely within the Arctic Circle.

Although the island is bigger than 36 of the 50 states in the US, its population is less than even 2000 and those concentrated mainly in the settlements of Holman in the west and Cambridge Bay in the southeast. However, tens of thousands of caribou and musk-ox are found here both endemic to Canada.

This ninth largest island in the world is the largest island of both Europe and the British Isles. The island of Great Britain consists of England, Scotland and Wales. It has rolling hills, prehistoric sites such as Neolithic Stonehenge and medieval castles like those at Dover, Warwick, and Caernarfon, rugged coastlines, picturesque villages and the best cream teas in the world. Great Britain is the world’s third-most populated island with 61 million people and more after Java and Honshu.

It’s the most mountainous island in the Canadian Arctic Archipelago and the largest among the Queen Elizabeth Islands. Part of the Qikiqtaaluk Region in the Nunavut territory of Canada, Ellesmere entirely lies within the Arctic Circle. Island’s 1/5th part is protected as Quttinirpaaq National Park covering seven fjords, variety of glaciers, and North America’s largest lake, Lake Hazen. The population of this island is only 146 which means the island is pretty inhospitable.

Sulawesi or Celebes is the Indonesian island which ranked 11th in size in the whole world and is located between Borneo and the Maluku Islands. Considered as one of the four Greater Sunda Islands, it consists of four long peninsulas – the East Peninsula, the northern Minahasa Peninsula, the South Peninsula, and the Southeast Peninsula thereby forming three major gulfs – Tolo, Tomini, and Bone.

This highly mountainous island also has few active volcanoes and is known for its diving sites and coral reefs like Bunaken National Park, Wakatobi National Park, and the Togian Islands.