What is a Land Breeze and Sea Breeze?

The breezes usually occur along coastlines or areas which are adjacent to large water bodies. It also occurs because water and land have different heating abilities. Land heats up faster than water. On the other hand, water takes a bit more time to warm up compared to land and can retain the heat longer than land does. It is vital for the breeze. Here we will read about two crucial factors of prevailing winds in coastal regions – land breeze and sea breeze.

The breeze that flows from land to water late at night is called land breeze, while the breeze that flows from sea or large water body to land during hot summer days is called sea breeze. As summer approaches, when going to the beach in the afternoon, you can feel a gentle, cool breeze blowing inland. That is a sea breeze. However, late at night, the wind turns into a sultry land breeze. Sea breezes alternately occur with land breezes and vice versa along the coastal regions of oceans or large lakes during the daytime and at night. 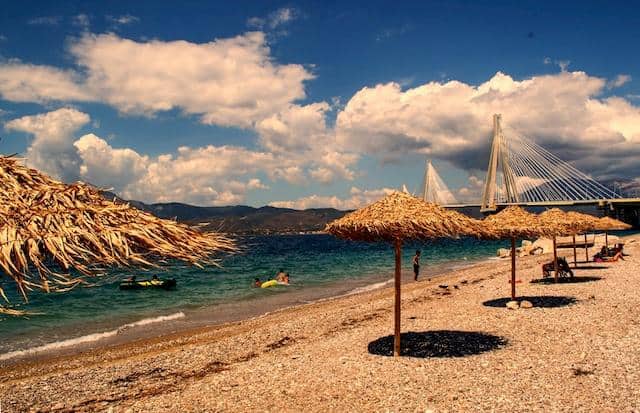 People, who live within 30 to 40 km of the coastline, often experience the colder winds of the sea breeze blowing at the rate of 10 to 20 knots on a sunny afternoon. While late at night, it is the hot and humid land breeze that ranges from 5 to 8 knots.

When Does Land Breeze Occur?

Land breeze occurs late at night due to the differences in the heating or cooling capacity of the surface of the water and the adjacent land surface. In autumn and winter, land breezes are most common because of the cooler nights.

When Does the Sea Breeze Occur?

Sea breeze commonly occurs after sunrise along the coasts, mostly on a sunny afternoon due to the differences in the heating or cooling of the water surface and the adjacent land surface. Sea breezes are mostly experienced during the spring and summer season because of the significant temperature differences between land and water.

What Causes the Land Breeze?

Land breeze or offshore breeze usually occurs at night. After sunset, the land surface cools quicker than the water surface that retains warmth during the night. Therefore, the warmer air over the ocean becomes light and begins to rise. As a result, the low pressure is formed over the water. Then the dense and cool air flows offshore from the land to occupy the space of the light warm air over the sea that rises and causes a land breeze. Land breezes are mostly dry winds. It is just the reverse effect of the sea breeze at night.

What Causes the Sea Breeze?

A sea breeze, also known as an onshore breeze, occurs because of the differences in air pressure created by the difference in temperature between the ocean or water and the dry land. The primary reason is the different heating capacity of the two. Land always heats up faster than water. Whereas the sea has a higher heat capacity compared to land for which the surface of the sea warms up more slowly compared to the land.

During the afternoon, when the land heats up, the air above the land expands, becomes lighter, and begins to rise to decrease the pressure over the land near the coast. A low-pressure area is formed near the land. The cooler and dense air spread over the ocean has relatively high-pressure areas. It causes the air near the coast to move to the land surface to occupy the space of the rising warm air. The strength of the sea breeze is directly proportional to the difference in temperature between the land and the sea.

The warm air that rises moves over the water and the cold water allows it to cool off and sink. This process continues until the state of equilibrium is reached.

Sea breezes are usually stronger in summer months than in the winter season. They contain more moisture than land breeze due to the absorbed particles from the water bodies.

What is the Effect of Land Breeze?

Since the flowing of the land breeze terminates over water, it creates a region of low-level air convergence. Such convergence often causes the upward movement of air and the formation of clouds. Therefore, you may find clouds lying off the coast at night, but the daytime sea breeze later dissipates that. It does not necessarily cause temperature changes.

What is the Effect of the Sea Breeze?

A sea breeze usually creates a weather front that is known as sea-breeze front or convergence zone. During this cycle, as the flow of the cold sea breeze terminates over land, it creates a boundary like a shallow cold front, and a region of low-level air convergence is created. This convergence causes an upward movement of air.

READ:  15 Largest National Parks in the USA To Escape The Crowds

A line of cumulus clouds may form when this warm, rising air makes the front powerful. Under appropriate conditions, when the air is humid and unstable, the front may trigger smaller thunderstorms along with the sea breeze. Here the most important thing is the phenomena, that warm air rises, and cold air sinks; without this, fronts would not form. Sea breezes may significantly reduce air temperature.

We can take the example of Florida, where Thunderstorms frequently occur and are caused by powerful sea breeze fronts. Florida peninsula is surrounded by the Atlantic Ocean and the Gulf of Mexico on both the east and west, respectively. In the whole of the United States, it is the place most often struck by lightning and also one of the most places on Earth during the wet season that lasts from June through September/October.

Here any direction that the winds are blowing would always be off the water. These storms can also create significant hail due to the tremendous updraft it causes in the atmosphere, especially during the spring or fall when the upper atmosphere is cooler.

On summer afternoons, severe storms occur down the center of the state when, with little prevailing wind, sea breezes from both coasts collide in the middle. It depends on the relative strengths of the sea breezes, which make these thunderstorms drift towards either the west or east coast and sometimes survive to move out over the water at night. It also creates the magnificent cloud-to-cloud lightning shows for hours after sunset. 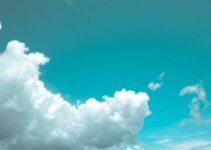