Whenever the city of London, the capital of Britain, is mentioned the name of the river Thames comes automatically with it. The Thames is a well-recognized river in the world which lies on the bank of which the capital city is situated. The river is a witness to hundreds of years of the glorious history of Britain, the rise, prosperity, and downfall of so many kings, queens, and dynasties, official termination of monarchy and establishment of democracy, the World Wars, and now the current wave of Brexit. Here are the 30 most mindblowing facts about the Thames. 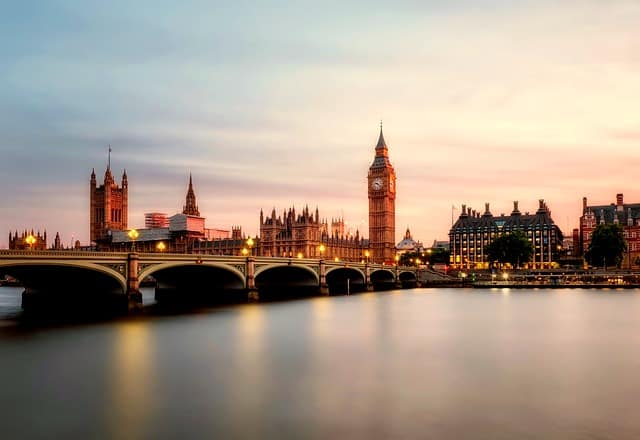 In ancient times the river was known as Tamesis or Tamesa, or River Isis. Some are of the view that the name Thames emerged from the Sanskrit word “Tamas” meaning dark as its water is often dark and cloudy. Another school of thought states that it comes from the ancient Roman word Tam meaning “wide” and “Isis” that means “water.”

River Thames is the main river in southern England. Originating in the Cotswold Hills, the river runs along 330 km distance before submerging into the North Sea. Its basin covers 14,250 square km area.

River Thames is the longest river in England and the second longest in the UK after the River Severn. The river takes a very complex route to the sea. From its source, which is known as Thames Head, to Teddington Lock it covers 226 km. Then as an estuary, it further runs 104 km from there to The Nore sandbank, where it eventually transitions from an estuary to open sea. The river has 45 locks.

The river originates at a place, Thames Head, which remains almost dry for most time of the year. This place is 108.5 meters above sea level. It is the tributaries that keep River Thames alive and kicking. Major tributaries of the river are as follows:

The Thames has more than 100 meanders.

Through its journey to the sea, the river carries around 300,000 tonnes of sediment a year.

River Thames is the only river in entire Europe which has a national trail following its full length.

The river runs through the heart of some of the highly renowned cities of England. They include Oxford, Reading, Marlow, Henley-on-Thames, Windsor, and of course, London.

Fact 9: The Islands in the Thames

River Thames has around 47 large islands and more than 80 islands overall. Formosa Island and Andersey Island are some of the largest inland islands which were naturally created.

Different kinds of birds feed off the river and build nest alongside its bank. Most prominent species among them include black-headed gull, herring gull, cormorant, Canada geese, Egyptian geese, and bar-headed geese, Mandarin duck, wood duck, great crested grebe, coot, moorhen, heron, and kingfisher. The mute swan is often seen on the river, but the escaped black swan is somewhat rare.

The river is home to more than 25 species of fishes owing to the presence of both seawater and fresh water in the river. Salmon is the most inhabited fish in this river. Others include brown trout, chub, dace, roach, barbel, perch, pike, bleak, and flounder.

Aquatic mammals reside in the waters of Thames. They include grey and harbor seals whose number is 700 in the Thames Estuary. Bottlenose dolphins and harbor porpoises are also visible in the river water.

READ:  Top 13 Highest Picturesque Waterfalls in India That Will Make You Fall in Love With Them

Reference of the River Thames was found in the accounts of Julius Caesar when he attacked Britain in 54 BC. The river seemed to have presented him with great obstacles.

It was during the middle age under the reign of King John that the London Bridge was built. King William had built the Tower of London beside the river Thames. It was on an island in the Thames at Runnymede where King John was compelled to sign Magna Carta.

During the 18th century, trade and commerce flourished along the river, and the river became one of the world’s busiest waterways. With London growing into the center of the widely spread mercantile British Empire, River Thames rose to great significance. The new London Bridge was built in the year 1825.

With great engineering achievements during the Victorian era, commercial activities reduced on the river as railways and railway bridges along with road bridges made advancements. However, sports, entertainment and leisure activities increased on the river.

The decline of the British Empire, the improvement of rail and roads and the two World Wars reduced the prominence of the river in the early 20th century. However, in the post-war era, the London Port remained one of the main three ports of the UK.

Fact 20: Thames and Economy of the UK

The Thames is a source of drinking water to the cities located on its bank. In 2013 the queen inaugurated a screw turbine hydro-electric plant at Romney Lock to power Windsor Castle. High raised buildings and residential areas have developed along the bank of the river, especially in the city of London.

Leisure and sports activities are what they keep the river busy. People engage in sports like rowing, sailing, skiffing, punting, kayaking and canoeing and of course swimming on the river.

River Thames draws foreign tourists to visit its riverside attractions like the Houses of Parliament and the Tower of London. There are various facilities for tourists to enjoy the beauty of the river and participate in water sports. Since the Olympic in 2012, an Air Line aerial cable system is operating over the Thames that goes from the Greenwich Peninsula to the Royal Docks.

Fact 23: Police Forces and the Thames

Major devastating floods of the river are London flood of 1928, Thames Valley flood of 1947, and Canvey Island flood of 1953.

The river has been the subject of visual arts, literature, and music for years.

An average of 50 people dies in the river each year. Most of them are suicides.

Previously, Thames used to get frozen during winter, and annual ‘Frost Fares’ used to take place on the thick and solid ice.

Years of abuse, misuse, and dumping of wastes polluted the river so much that it was announced almost dead in 1957.

Today Thames is the cleanest river in the world.

Thames won International Theiss River Prize of worth £220,000 in the year 2010 for its restoration.