Nature is kind enough to bestow a lot of its gifts to us. It gives us fresh air to breathe, food to eat and even mountains to relax. Mother Nature also has beaches, glaciers and even islands. All of these and many more take the human mind by awe.

Islands are landforms that are entirely surrounded by water. The land can be of any type. However, the water surrounding the land can be of different types. It can be an ocean, river and even a lake.

There are a lot of different islands in the World. Some are inhabited while a lot remains deserted. Many people usually prefer to go to the islands for a holiday with nature. Islands are beautiful and can offer stunning views. 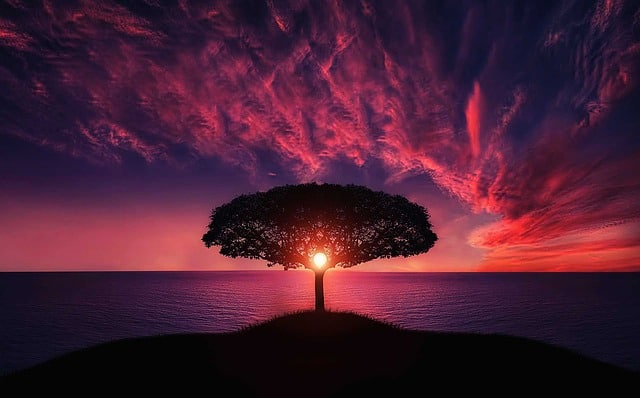 Islands are usually formed because of a lot of factors. Some of them are formed because of volcanoes. When volcanoes continue erupting, the land will start to develop under water. They also get created when continental plates collide. Continuous deposition of soil due to erosion also tends to form islands.

Now, different islands have interesting facts attached to their formation and inhabitation. Keep reading to find out more about them.

Have a look at 11 Largest Islands in the World.

20+ Interesting Facts About the Islands

Borneo is the largest island in Asia and the third largest in the rest of the World. This island is home to animal species that you cannot find anywhere else in the World. Proboscis Monkeys are one such example. Besides, they also contain a lot of different and unique plant species.

Located in Indonesia, this is World’s most populated island with around 150 million residents. The interesting part is that it is actually making up more than half of Indonesia’s total population.

97% of Galapagos Island is declared as a National Park because of its scientific significance, and these areas are uninhabited. The rest of the island has a population of about 25,000.

READ:  What are the Winds, How Do They Form and Types of Winds?

La Gomera is a part of the Canary Islands. The residents there used to communicate in a whistled language. The reason behind choosing such way of communication was that people could converse from a distance as long as 5km. Although, its prevalence was fading out but have recently gained popularity again.

Located in Indonesia, the residents of this island have a unique and strange practice prevalent there. If the death of a child occurs before his teething starts, the child is interred inside a growing tree trunk with its hole sealed. Once the tree starts healing, it is believed that the tree has absorbed the child.

Located near the Indian Ocean, this island is inhabited by an isolated tribe who still live as hunter-gatherers. Thus they are too aggressive and hostile to outsiders. Besides, these tribal people are yet to develop ancient technologies like agriculture, writing, etc.

There are a lot of interesting facts about these islands. One of them is that it is home to the World’s largest sea turtle called Leatherback. They are huge, and thousands of them flock in Andaman every year.

New Zealand had two islands which were called North Island and South Island. The interesting part is that the islands had no official names until 2009. People used to refer it according to the location they were situated in.

The Norwegian Archipelago is a great place to travel to. The best part is that it does not require any visa. Anyone can travel to this island or even live and work here. It grants equal rights to both Norwegian nationals and other nationals.

Galapagos Islands are a chain of islands which can be popularly called as archipelagos. It is made out of 20 islands with 42 islets and around 250 different rocks.

Carlos Lehder was a Colombian drug trafficker who bought an island at Hawaii for himself. He had actually put an airstrip there to control the drugs coming from South America to the U.S. The amusing part is that he became so rich that he had actually offered the Colombian government to pay the foreign debt for amnesty.

It is a stunning island located in Japan. Few people know about this but, the population of this island is considered to be the healthiest one on the planet. Moreover, the fact that it has around 400 people living above the age of 100 justifies the above claim.

Rockall is more like a granite islet located in the North Atlantic Ocean. It is at a distance of 400 km from any continent but, it is uninhabited. A man called Nick Hancock lived there for as long as 45 days. It is still the longest continuous stay on record by an individual at a deserted place.

READ:  Types and Causes of Mass Wasting/Mass Movement of Rocks

This one is a beautiful and unique beach located in the Whitsunday islands of Australia. The sand on this island is 98% pure silica which gives it a mesmerizing white appearance and therefore attracts a lot of visitors from around the world.

115 different islands make up the island of Seychelles. It has a population of around 10,000 different people. Seychelles is a favorite holiday spot now but, earlier it used to be a pirate hideout. People say there is a possibility to find buried treasure under the ground even today.

It is a silent island located in Thailand. The interesting thing about this island is that you can walk from one end to the other end of the island. Yeah, you heard that right! There are even very few roads on the island with no cars. Also, less than 1000 full-time locals reside on this island at a time.

The island of Mauritius has sand dunes of various colors which add to the beauty of the island. These seven colored sand dunes actually never erode as you can see the effect, similar to that of earthen meringue, at any given time on the island.

Fiji Islands are popular among honeymooners and couples. 333 islands together form the island of Fiji. This island is home to 1500 different water species. The amazing part is that an island like Fiji has 28 different airports out of which only 4 come with paved runways.