What are Coastal Landforms?

Coastal landforms are the landforms along the coastline that are mostly formed by erosion and sediments from waves, longshore currents, rip currents, tides, and climatic factors like wind and rainfall, and temperature include headlands, cliffs, bays, spits, salt marshes, and beaches. 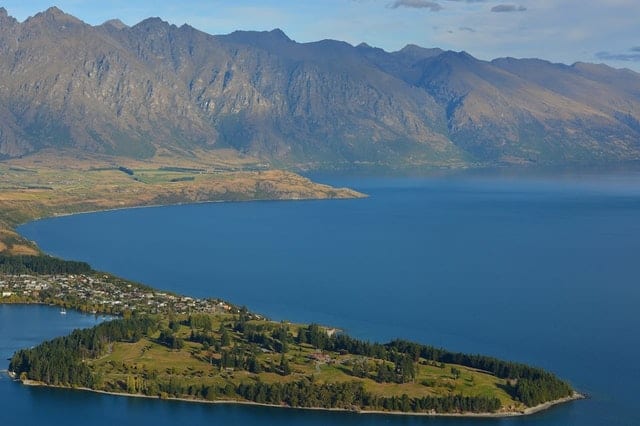 Coastal landforms can be formed either by erosion or by deposition. There are four types of erosion by waves:

The longshore currents are created when waves are refracted while entering into shallow water. These longshore currents carry along with themselves vast quantities of material and sediments. Another type of current that contributes towards the formation of coastline landforms is rip current. It is formed when the water rises along a slight but important slope due to some net shoreward transport of water when the waves move towards the beach.

Tides are the regular movement of seawater due to astronomical conditions. Coasts have been classified depending on the type of tides formed them. They are micro-tidal (less than two meters), meso-tidal (two to four meters), and macro-tidal (more than four meters).

Tides play two types of role in the formation of landforms. First, tidal currents transport massive quantities of sediments and even erode the rock bed. Second, the tides help shape the shoreline by changing the depth of water along with it.

READ:  Wind Erosion: Examples and Ways to Prevent it

There is also erosion by wind, weathering, sub-aerial processes, and mass movement. Wind acts both as an element that erodes the rocks and a force that determines the direction of the waves. The seasonal pattern of the winds gets directly translated into different kinds of sea currents that are, in turn, responsible for diversity in the coastal landforms. Thus, the wind has a direct and indirect effect on the formation of coastal landforms. Coastal dunes are primarily the result of direct impacts of onshore wind movements.

Forces like rainfall and temperature are other factors behind the formation of coastal landforms. Rainfall is responsible for transportation of sediment to the coast through the runoff in the form of streams. But temperature impacts in a different way. It causes physical weathering of the rocks in warm regions and fragments in the rock in the cold areas when water freezes inside the holes of the rock and expand to create a crack in it and thereby yield sediments.

Gravity has a significant role to play in coastal processes. Besides having an indirect impact on wind and wave movements, gravity directly determines the downslope movement of sediment and rock. The outcome of this downward movement is apparent along shoreline cliffs where the sea currents hit the base of the cliffs and the dented slope to cause an ultimate collapse of the rock in the seawater. The detached rock can also get accumulated at the base of the cliff as debris.

The coastal landforms resulting out of erosion include

The coastal landforms resulting out of deposition include

Other coastal landforms are

When there are different types of rock along a coastline, the weaker or softer rock, like clay, erode fastest leaving more resistant rock types such as granite, sticking out to create headlands. Bays, on the other hand, are created from less resistant rocks.

Headlands are highly vulnerable to further erosion by water and wind and other features such as caves, stacks, arches, and stumps may emanate from them.

Waves usually hit the bottom of the cliff hard during storms and at high tide. The weathering weakens the uppermost part of the cliff, which subsequently falls off in the sea. The process continues till a rocky platform at the base gets formed. This is called the wave-cut platform.

Spits are created through a process called longshore drift, which moves the material along the coastline. Spurn Head at the north of the Humber Estuary in the northeast of England is an example of spit.

Behind the spit, salt marshes are formed. The area behind a spit is usually a sheltered area where water movement is slow and hence more material gather there as deposits. Deposition leads to the formation of a salt marsh.

Deposits of sediment are the leading cause behind the formation of beaches.

The river mouths are often deposited with an excess supply of sediments and form a triangular shape landscape like the Greek capital letter delta (Δ). The Mississippi River delta is one such good example.

The word “estuary” is a derivation from the Latin word “aestuarium,” meaning tidal. A natural estuary is a landform that is semi-enclosed, extended coastal basin receiving an inflow of freshwater as well as saltwater. These are short-lived and usually, get ruined quickly by rapid sedimentation.

Small landforms created by the waves and sediments from lakes are termed lakeshore landforms. These are also temporary landforms that quickly gets filled with sediments.

Resulting primarily from erosion, the rocky coasts are typically situated at active boundaries with slender continental shelves. These coasts are composed of different types of rocks, namely igneous, sedimentary, or metamorphic and are filled with complex tectonic landforms like folds, faults, and igneous intrusions and extrusions. Kenai Fjords National Park in Alaska is a perfect example of rocky coasts.

The sandy coast landforms, mostly located in the passive margins, have extremely dynamic environments that are subject to rapid and severe changes. The primary characteristics of this landform are low-wave energy, strong offshore sediment influence, and a full continental shelf. The beaches are generally dominated by waves. Barrier islands, barrier spits, beaches, tombolos, and dunes are typical features of the sandy coast landforms.

The coasts constitute one of the most dynamic environments on the earth. They signify the transition zone between land and marine ecosystems that are incredibly vulnerable regions. These areas are often subjected to changes in environmental forces such as cyclones, tsunami, earthquakes, and climate changes. They also host a wide variety of flora and fauna, which are significant for the sustenance of the local ecosystem.

The in-situ beauty of the coastal landforms is a major attraction for people and thereby creates tourism opportunities for their country of residence. However, they should be protected from excessive human exploitation. The ecological balance of these landforms is crucial for retaining the equilibrium both in terrestrial and marine life. Hence, they need more considerable restoration and preservation.