What is an Oil Spill?

Currently, the world is suffering from numerous oil spillages. This happens both in sea and land. But the worst is that most and dangerous oil spillages happen in the sea. This is deadly to living organisms in water. Without much further ado I am going to tell you what an oil spillage is, causes, and effects of this catastrophe. 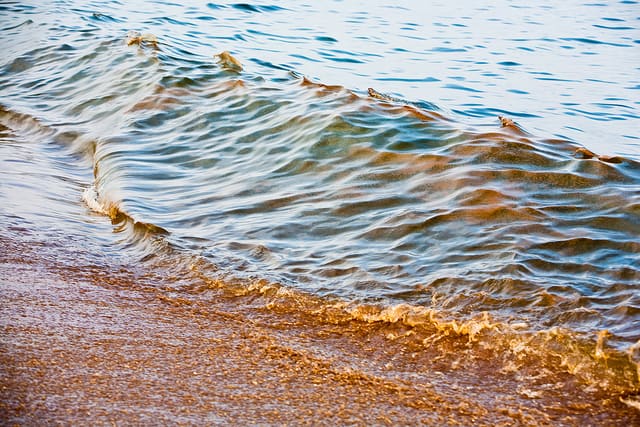 As mentioned above oil spills happen due to human activities. But there are many other causes. They include:

Organic matter from dead living organisms is vital in the formation of oil. Therefore, oil exists in most parts of the earth but deep down. Additionally, oil is found in seas but deep down the underlying rock of the sea. So, natural occurrences such as hurricanes, earthquakes, sea storms, and other climatic disturbances cause natural oil spills. In seas the underlying rocks are found closer to the sea hence when erosion happens it is easier for an oil spill to happen.

Furthermore, when an earthquake happens and it occurs in a region where oil drilling, transportation, or storage is situated the chances of oil spills happening is high. Hence, the oil may be washed to the nearest waterbody. When hurricane Ivan happened, it led to the sinking of an oil production firm on the coast of Louisiana. This led to leakage of oil between 300-700 barrels a day.

Large oil spills in the world are due to oil transportation. Oil tankers usually have faulty issues or some collide with other ships hence causing massive oil spills. When such an occurrence happens thousands of barrels of crude oil freely spill to the sea. This is very harmful to aquatic life.

For example, when Castillo de Bellver a Spanish oil tanker had fire accidentally on its way to Spain from the Persian Gulf it pilled more than 200,000 tons of crude oil. This happened kilometers from cape town.

Apart from oil tankers spilling oil other transportation causes include pipelines that pass undersea. The pipelines may start leaking due to lack of maintenance. This always leads to oil spillage. However, this scenario is rare but most oil spills are due to oil tankers.

An oil well owned by a Pemex a Mexican Oil Company malformed leading to spillage of oil of almost 30,000 barrels. This caused a catastrophe to marine life in the area of around 704,000 acres. The American government started a cleanup of the sea but the use of Corexit never solved the issue but caused numerous health problems to residents and to the marine life.

People intentionally drain oil products without considering their effects on the environment. This happens always when mechanics spill oil after changing oil from vehicle or motorcycle engines. Most of these drainage systems are connected to large water bodies. This is a hazardous cause of aquatic life. It might seem like a small cause but it is considered as an intentional cause of oil spill.

This is another cause of the oil spill in the world. Most countries in the middle east are rich in oil something that has led to an unending fight between militants, international soldiers, and government soldiers. This has led to the disruption of normal activities in those countries. In addition, due to many oil wells hence, smuggling has been a key financial route for the militants. These have also caused massive oil spills.

Another country that has had massive oil spills due to war in Nigeria. Nigeria is the second leading producer of oil in the world. But due to war ravaging, these oil-producing country militants have taken over certain oil wells. Due to traditional ways of refining oil, the number of oil spills that is happening in the Niger Delta is massive causing health effects to residents and marine life.

This happens rarely but when it happens it is very hazardous. Many sporting activities take place at sea. And they are prone to accidents when this happens oil spillage is obvious because most of this equipment’s used depend on petroleum products to move. Most equipment used for sporting activities include speedboats and jet skis.

Oil spills have numerous effects on aquatic life. And the following are its effects.

Other sea animals affected by oil spills are sea mammals. When this catastrophe happens the fur on these sea mammals are affected. The fur is important because it always acts as an insulator. And when oil comes into contact with the fur it reduces its insulating effect leading to death.

Oil spill doesn’t affect marine life alone but also humans are threatened when a spill happens. Petroleum products contain toxic chemicals such as benzene, polyaromatic hydrocarbons, polycyclic aromatic hydrocarbons, and toluene. When these chemicals are inhaled by humans it causes health problems. More especially they affect lungs which are a major organ in the human body responsible for breathing.

Coral reefs act as habitat to marine animals. Once coral reefs come into contact with oil, they tend to stop its growth. And when this happens it causes enormous effects to live organisms in water. Most affected are marine invertebrates which depend on corals for survival.

Once an oil spill happens in a location where tourism was the key financial factor. The number of people who will visit that region reduces drastically. Hence, causing tough economic times in that region or country.