What are Biodegradable Plastics?

At present times we can’t even imagine a life without plastics. We use plastics in varied forms such as bags, water bottles, food containers, and many more. As a result, we now find plastic almost everywhere. These plastics are finding their way into oceans and even contaminating our drinking water in the form of microplastics.

We all know how plastic poses a severe threat to the environment, causing harm to humans and animals on the planet. But still, we use it. For finding environment-friendly solutions to the grave consequences of plastic waste, bioplastics have been developed. 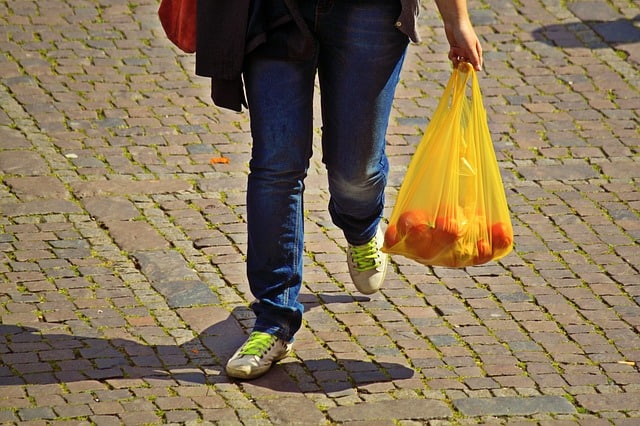 Usually, biodegradable plastics are bioplastics that are produced from petrochemicals with biodegradable additives and renewable raw materials. These plastics turn to compost after a certain period and, therefore, cause minimum pollution.

These days’ all-natural plant materials are used in the making of biodegradable plastics that include plants, corn oil, starches, or even the peels from citrus fruits. Therefore, using chemical fillers are no longer required as they have risks of releasing harmful material to the environment while breaking down.

Scientists at the University of Bath have created a plastic using only sugar and carbon dioxide, resulting in polycarbonates. It is no longer a need to use petrochemicals, and at the same time, emissions of CO2 can be avoided that is necessary for the refinement of petrochemicals. These plastics break down naturally, releasing the gas into the environment that was used to produce it.

There are two forms of biodegradable plastic, injection molded and solid. Its manufacturing process begins with the melting down of all the materials. After that, the mixture is poured into molds of various shapes such as plastic water bottles, utensils, and many others. The solid forms are used for items such as bags, water bottles, food containers, leaf collection bags, and others.

These days’ consumers are inclined to use more biodegradable plastics due to the increasing awareness of global warming and environmental issues. The advantages and disadvantages of this kind of environment-friendly plastic are discussed in detail for your knowledge.

The following advantages of biodegradable plastics will help us better understand why we should prefer it to ordinary plastic.

In the current scenario, the best part of biodegradable plastics is that during the process of manufacturing bioplastics, the emission of carbon in the air that adds to the greenhouse effect and global warming is minimal. While manufacturing one ton of regular plastics, five tons of carbon gets emitted.

On average, we consume more than 100 million tons of plastic every year. As per the standard 5:1 ratio of production, this industry produces 500 million tons of carbon dioxide that enters into our atmosphere each year. It is equivalent to the annual emissions of 19 million vehicles. However, the manufacturing of per ton of bioplastics emits only approximately .8 tons of carbon. It is much less compared to regular plastic, and greenhouse gases that emit during the manufacturing process will be 68% less.

We become less dependent on petroleum as we get it from the product like switchgrass or corn, and at the same time, the use of petroleum can be restricted to other purposes like transport and heating.

Apart from these, the manufacturing process of biodegradable plastic does not require to follow the lengthier technology by burning fossil fuels as done in the case of regular plastic. Therefore, more bioplastics can be produced than regular plastics using the same energy, and that also causing less pollution in the environment.

The major problem with traditional plastic is that it takes an extremely long time around more than hundreds of years to break down once discarded, whereas biodegradable plastics use alternate materials or specialized enzymes or chemicals to break down the content between three and six months, once exposed to the elements.

Scientists are working on research and development of bioplastics. This new technology offers several advantages over traditional plastic materials that cause problems like increasing landfill waste and also pose a danger to wildlife.

Every year 32 million tons of plastic waste is generated, which makes up approximately 13% of current waste. Out of these, only 9% is recycled, and the rest discarded regular plastics are dumped as landfills. Landfills create many problems, including spreading pollution in the environment and also diseases harmful to humans and animals.

Also, more and more land area is needed for these wastes, which instead could have been used for agriculture, residence, or industrial applications. If we use bioplastic, it will solve the landfill problem because bioplastics get absorbed by the soil and converted to compost or humus, and there will be less waste.

READ:  4 Reasons Why it is More Important Than Ever To Be Environmentally Friendly

5. No Release of Toxins or Chemicals

Biodegradable plastics are non-toxic since they do not contain carbon, any chemicals or toxins compared to other types of regular plastics. Regular plastics hold carbon, methane, chemical compounds, and other forms of pollutants. When they are disposed of and begin to decompose or when they are melted or burned or recycled, they release carbon, harmful chemicals, and other contaminants in the atmosphere.

They can also contain potentially dangerous materials that could affect our health. Biodegradable plastics, on the other hand, do not release any carbon, chemicals, or other polluting substances.

Biodegradable plastics are compostable, which means they decay into natural materials and blend into the soil. This break-down takes place by naturally occurring microorganisms like bacteria and fungi that exist in the surrounding. These microorganisms readily metabolize the plastics and break down the structure of biodegradable plastic, which is beneficial to the environment. Some items even break down, not in months or years but weeks. While buying, one must ensure from the label of the bioplastic items that they decompose within less time.

In the process of making biodegradable plastics once the natural materials are turned into polymers, they can be mixed with the ones that were manufactured using oil molecules. Thus, it can reduce the percentage that comes from fossil fuels, and this mixed product often has more strength than the regular one.

Biodegradable plastics can be easily recycled to avoid the increasing number of plastic waste and emissions of greenhouse gases from the production by the industry. The net carbon savings for recycling would be up to 30%, and for some researchers, the savings could be as high as 80% if we switch to biodegradable plastics.

There is a huge scope for countries to make money while also fulfilling their parallel objective of reducing their carbon and waste footprints. China produced approximately 290,000 tons of biodegradable plastics in 2016. Other than domestic consumption of about 130,000 tons, they exported the remainder during that year.

The industry is worth over $350 million. It can also create a new marketing opportunity as the Coca-Cola Company has already produced a bio-plastic bottle to be used for their beverages. In this case, the first and foremost requirement is acquiring technology correctly.

READ:  17 Awesome Facts About Hydropower That You Must Know

Despite having so many advantages over regular plastics, biodegradable plastics also have certain disadvantages. Let’s discuss some of them.

Biodegradable plastics may not be an affordable solution as it involves 50% higher capital cost compared to the production of the traditional plastics.

We must follow a specific disposal procedure for biodegradable plastics. It can decompose effectively in our surrounding environment without creating pollution if not thrown in a landfill and disposed of properly. As many people do not know how to segregate bioplastics from other plastic types, they mix them both. One must understand that in a landfill, the status of both regular plastic and biodegradable plastic is the same.

4. Weather is a Factor

Biodegradable plastics depend on the weather for their disposal. In this process, temperature and humidity play significant roles. Composting goes much slower in the cold weather and stops during times of high humidity. They dispose of effectively in equatorial and far-northern climates.

5. Use of Chemicals in Organic farms

Biodegradable plastics come from organic farms as they are plant-based in which soybeans and corn are used. But herbicides, pesticides, and other chemicals are sprayed on these plants that contaminate them and can be transferred or included in the finished product.

When we mix biodegradable molecules with the oil-based ones, It creates a unique disadvantage that our current technologies cannot recycle this hybrid at their end of life cycle other than throwing them into landfills or applying other waste management systems.

Biodegradable plastics require using croplands to produce natural materials as they are necessary for making these plastics instead of using them for producing food. It is, therefore, an issue in developing nations and also requires other scarce, valuable resources like water.

8. No Solution for Ocean Pollution

Biodegradable plastics will not solve ocean pollution problems as they cannot decompose in ocean water. They will either float on the water surface like traditional plastics or create micro-plastics, which is harmful to marine life.

Some biodegradable plastics produce methane when they decompose, and potential harm from this gas is significantly higher than what CO2 causes.