Chimneys are ventilation channels that guide smoke and other gases from living spaces. Homes with a fireplace and chimney always seem to have more charm and character than those without. You think about fun things like the holidays, Santa clause, cold winter evenings, and hot chocolate. The hearth was commonly referred to as the family’s gathering place.

As we all know, this is no longer the case. In actuality, nostalgia for the charm and comfort of the extra warmth given by the fireplace is keeping the trend alive. Our focus for this write-up is chimneys.

Looking at one from the outside, you’ll notice that the end is completely exposed. This might make you wonder how that works without things getting into the house. They’re most common in old homes, no longer incorporated into newer buildings. It’s still important to know how they work, though, in case you end up inheriting an old house.

Chimneys are intricate structures that are constantly exposed to the elements. They’re not meant to be used without chimney caps, although not everyone knows this. Rainwater, leaves, and other debris can fall into chimneys and build up or cause damage because they’re continually exposed.

Can Rain Come Down a Chimney?

First, we need to understand how a chimney works to determine whether or not rain goes through it. Why does the smoke go out through the chimney rather than out of the room? Smoke moving out through it is known as the draft. This occurs as a result of the fact that hot air is lighter than cold air.

Rainwater entering your fireplace through your chimney isn’t normal, but it happens. It means that your chimney isn’t in perfect working condition. Most people don’t understand that the chimney is a lot more sophisticated than they think. As a result, determining the exact point of the leak can be difficult.

A brick chimney’s worst enemy is water. If rainwater gets into the chimney, the components that it’s made up of might quickly disintegrate.

Chimneys are subjected to extreme weather conditions such as rain, wind, and snow daily. Over time, these factors can cause structural breaches, leaving the chimney vulnerable to water and moisture damage.

Rain can come down your chimney due to damage somewhere on its structure. If you have a leaking chimney, you should employ an expert to check it out. This is because you might not know how bad the damage caused by the leakage is. You’ll need a professional to do a thorough inspection of the structure.

How Do Chimneys Keep Rain Out?

With the kind of structure they have, you would expect that chimneys won’t keep the rain out. However, they can keep doing so because of this same structure. They have chimney caps that help to keep the rain out. They are covers for the top of the chimney, which is usually slanted.

Rain can slide away from the chimney because of the tilt of the covers, which is a bargain compared to the cost of fixing one that’s water-damaged. They don’t become worse over a few days or a month. It takes a long time for one to give in.

When a chimney, particularly a masonry one, is constantly exposed to the elements, fractures form in the brick and concrete, and rainwater expands and contracts the chimney.

It’s easy to overlook chimney leaks until the damage can’t go unnoticed. As a homeowner, you should ensure that you perform routine maintenance and checks on your chimney regularly.

What Happens When Rain Goes Down a Chimney?

The chimney cap prevents rain from entering chimneys or fireplaces, despite the angle it falls. There would have to be a lot of downward water pressure for a fireplace to get quenched when it’s raining. However, if there are no leaks in the chimney, the moisture will be unable to penetrate. So, what happens if rainwater eventually finds its way down the chimney?

To better understand what happens when rainwater goes down a chimney, you must know more about how chimneys are constructed. There are two types: masonry and stainless steel chimneys.

Bricks, concrete, steel, and cast iron are used to make masonry chimneys. At the same time, stainless steel chimneys are manufactured in the industry and are the most popular choice for modern homes.

Over time, when the rain goes down the chimney, it damages the bricks in masonry chimneys. It can cause gaps, and water seeps into these gaps over time. When water freezes, it expands. This effect causes even more splitting between the bricks.

READ:  The Art of Minimalism - 7 Reasons Why Less Is More

As a result, it’s no surprise that most chimneys disintegrate after several freezing and thawing cycles. Brick chimneys in freeze and thaw conditions require regular care to repair any cracks that may form during the process. A frequent chimney inspection would help identify any problems and prevent them from becoming more severe or dangerous for the household.

What Happens To a Fireplace When It Rains?

Fireplaces, particularly wood-burning fireplaces, can produce a unique warmth that’s impossible to match with a home furnace or other artificial heating system. As a result, many homeowners seek the warmth of a fireplace when it rains. A fireplace is usually constructed so that it keeps rain out. Emphasis on the word, usually.

Rain is kept out of a fireplace system by its. Fireplaces produce a tremendous amount of heat, and we know that heat rises. As a result, it takes a very significant amount of downward pressure of moisture to keep them from working correctly. Old fireplaces have chimneys, but most newer models do without them.

Chimneys built for fireplaces are also constructed so that as little moisture as possible enters the fireplace. So even if it’s raining outside, a well-maintained fireplace and chimney should keep water from entering and reaching the bottom of the fire pit at the very least, keep it to a minimum.

When it rains, you don’t have to worry about your fireplace. The rain doesn’t stop you from using it. The biggest threat to fire not starting in a fireplace isn’t the rain but strong winds.

How To Keep Rain Out of Your Chimney?

This combination can drip down into your fireplace, staining the walls and leaving a nasty smell. If the dripping water isn’t taken care of immediately, it can lead to a more significant problem for your fireplace.

A chase cover is a chimney cover that fits on top of a chase. They’re a metal chimney crown. Chimney caps and chase coverings serve as a cover for chimneys’ openings. A mesh cage is placed on top of a cover in a chimney cap. This permits smoke and hot air to exit the chimney while concealing the opening.

A chase cover is meant to hide your chimney but with a hole carved out for your exhaust. If your chimney cap or chase covering is damaged, you should replace it right away, as the opening is one sure way for rain to get into your chimney.

Why Do Fireplaces Smell When It Rains?

Smelly fireplaces are a common occurrence. When you take a walk outside after it rains, the air smells fresh, and the atmosphere is incredible. So we understand why you don’t expect your fireplace to smell bad after it rains. If it smells bad, there are several reasons this could happen.

Many homeowners try to lessen the odor by adding caps and dampers on their flues when it rains, but this rarely works. It’s critical to understand the root of the problem so that you can find the most efficient techniques to restrict odor from your fireplace after it rains.

Your fireplace flue serves as an entry point for air entering or leaving it. Air moves inside-outside because of the pressure difference between the air inside your home and the air outside.

So, the air may go to the chimney and through the flue or into it and down the chimney. This depends on whether the pressure is more substantial outside or within.

After it rains, the pressure outside your home is typically higher than inside. This allows air to enter your chimney through the flue naturally. The nasty smell you perceive when this happens is most likely from all the debris accumulated and soaked into your chimney walls.

Conventional fireplaces and chimneys are slowly going out of style. Homeowners no longer see the need to build fireplaces into their living areas. This is a result of technological development. Modern fireplaces do not necessarily provide heat; they’re mostly made to add to the aesthetics of a space.

Heaters have replaced fireplaces in homes. However, it’s still important to know some things about fireplaces and chimneys because you never know, you could be stuck with an old house in the future. It’s just best to know these things. 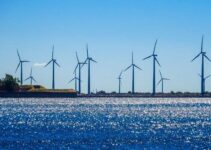