What is a Biome?

Biomes are a group of ecosystems sharing the same characteristics and are well adapted to the prevailing abiotic factors. Any earth surface that has got a very large ecological system characterized by dominant forms of plant and animal life forms adapted to the prevailing climate and other environmental factors is termed as a biome. Biomes include both the abiotic and biotic factors.

The abiotic factors include relief, geology, soils, climate, rocks, and humidity, and the biotic factors are the plants and animals. Even though it includes the abiotic and biotic elements, a biome should not be confused with an ecosystem because it is NOT. The reason is that the plants and animals of any biome have unique adaptations that enable them to survive in such environments. An example is a desert biome. There are six major types of biomes on the planet with various sub-categories. 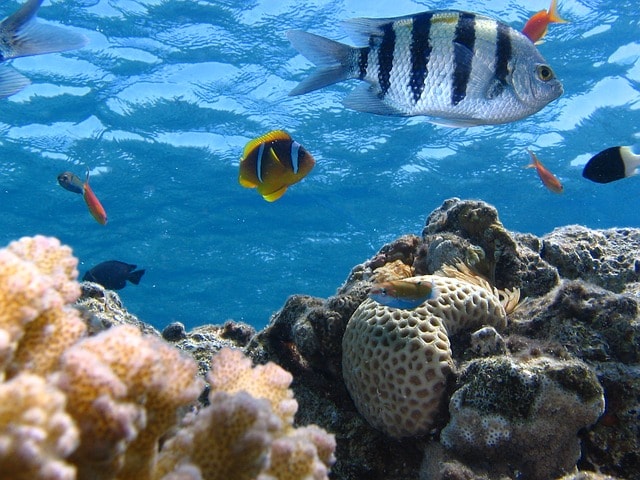 “A biome is a large geographical area of distinctive plant and animal groups, which are adapted to that particular environment. The climate and geography of a region determines what type of biome can exist in that region. Major biomes include deserts, forests, grasslands, tundra, and several types of aquatic environments. Each biome consists of many ecosystems whose communities have adapted to the small differences in climate and the environment inside the biome.”

Major Types of Biomes on Earth

Desert biomes are the hot and dry areas of the world. They are the arid and semi-arid lands with little or no vegetation. Deserts constitute approximately 20% of the earth’s total land cover and are distinguished by little or no rainfall. The desert biomes are further divided into four major categories, and each has special feature but with the same similarities in their abiotic and biotic composition. They include the Semi-Arid Deserts, the Hot and Dry Deserts, the Cold Deserts, and the Coastal Deserts.

These desert biomes are located in different areas of the world. Desert biomes experience very high temperatures, less cloud cover, low humidity, low atmospheric pressure, and very little rain, which makes it have little vegetation cover. The soil cover is also rocky and shallow and with very little organic matter and as such, it only supports a few plants adapted to the conditions. Plants such as cacti and short shrubs are the ones adapted to the desert conditions because they can conserve water and tolerate the high temperatures.

These plants have few or no leaf and use their stems for photosynthesis. Animals in the deserts include insects, small carnivores, snakes, lizards, and birds adapted to survive with very little water. These animals hide during the day till nightfall to avoid the heat. An example of a desert biome is the Sahara of North Africa.

Forest biomes constitute nearly 30% of the earth’s total land cover. Forests have great value to numerous biological systems on earth. They are mainly composed of trees and vegetation plantations that store carbon and have an incredible feature of controlling the planet’s climate. Forests are also the sources of many watersheds and provide various raw materials including timber, medicine, fuel, and rubber. A prime example is the rainforest which provides a habitat to millions of animals, plants, birds, and insects.

Forests biomes are further sub-divided into three main categories including the Temperate Forests, the Tropical Rainforests, and the Boreal Forests. The temperature in the forests is often high throughout the year, but the floor surfaces are color since very little sunlight penetrates through the dense forests. Tropical rainforests have tall trees and have a dense vegetation cover with green leaves. Also, humidity is high, and the soils are rich in nutrients because of the availability of high organic matter.

Palms and Ferns are examples of trees in this sub-category. In Temperate forests, plants are less dense that allows some light to reach the forest floors. Examples of plants in temperate forests are the elm and willow. In Boreal forests, plants are mainly conifers with acerate leaves. Trees here are the spruce and fir. The Amazon is an example of a Tropical Rainforest, and the Scandinavian is an example of a Boreal forest.

Aquatic biomes refer to all the water bodies on the planet’s surface. They constitute nearly 75% of the earth’s surface. Aquatic biomes are further subdivided into Freshwater Biomes and Marine Biomes. Freshwater Biomes include ponds, streams, rivers, wetlands, and lakes, and Marine Biomes are the coral reefs, estuaries, and the oceans. The aquatic life forms are influenced by the abiotic factors such as sunlight penetration in the waters as well as the salt content, temperature, and pressure.

The Tundra Biomes are the coldest of all the land biomes and are characterized with very little biodiversity capacity. The lands in Tundra Biomes are widely barren due to the very little rain and the freezing temperatures. The Tundra Biomes cover about a fifth of the earth’s land cover and are categorized into the Alpine Tundra and the Arctic Tundra. These regions are located towards the poles of the earth that result in the very low temperatures. In the summer, the temperatures range between 2 and 4 degrees Celsius and as low as negative 35 degrees Celsius in the winter.

As a result, constantly melted permafrost and frozen surface moisture are common. Plants and vegetation cover in Tundra regions are short, very little, and grow near each other and are adapted to carry out photosynthesis in the freezing conditions. Examples are the lichen, mosses, and heaths. Animals include some birds, polar bears, arctic foxes, butterflies, and mountain marmots.

The Arctic Tundra is situated around the north-pole in the northern hemisphere. In the summer, the temperatures in Arctic Tundra range between 2 and 4 degrees Celsius and as low as negative 35 degrees Celsius in the winter. Ponds and bogs are also common in Artic Tundra. Examples of animals specific to this biome include salmon, birds, and insects.

The Alpine Tundra regions are spread all over the earth in very cold locations, particularly around mountain regions such as the Cascade Mountains in North America. Often, the Alpine Tundra regions have very little vegetation cover and very few trees. Most of the areas are icy throughout the year and the temperatures range from negative 2 degrees Celsius and as low as negative 35 degrees Celsius. Animals specific to this biome are a few birds, some insects, and mountain marmots.

Shrublands or chaparrals are biomes found in very few regions of the world including around the Mediterranean Sea, parts of Australia, and mostly in southern California. This biome majorly contains shrubs and is dry and hot in the summer and moist and cool during the winter. Wildfire occurrences are very common in chaparral biomes especially in the months of summer.

The frequent fires are necessary for the proper germination of plants and seeds. Plants growing in these regions have to be drought resistant which includes needle-like leaves, deep digging roots, and thick stems. These characteristics altogether are adaption techniques enabling the plants to conserve water and energy during the dry and hot periods. Examples of plants include the sage, shrubs, eucalyptus, oak, and cacti. The animals in this biome include deer, snakes, lizards, or the koalas in Australia. Cougars may also be found in chaparral biomes.