The respiratory system plays a key role in the human body. As a living being, we breathe in oxygen and breathe out carbon dioxide with the help of this system, but that is not all! There are many more. Here are some spectacular facts about the respiratory system. 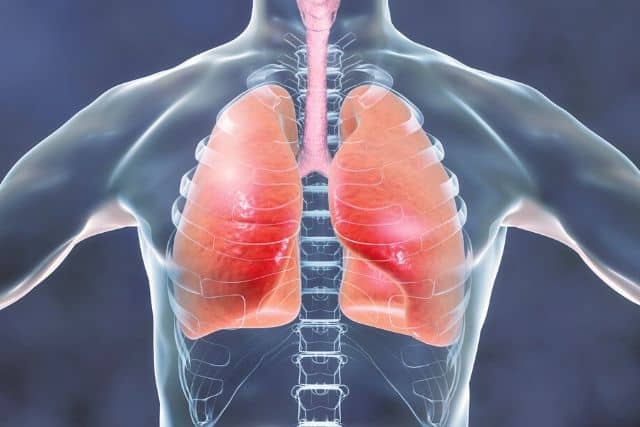 Organs involved in the respiratory system are:

Fact 1: How does the Respiratory System Work?

The oxygen we breathe in is carried to our cells by the blood running through our arteries and is then used by the body cells. The carbon dioxide that cells release gets carried by your blood to our lungs and is released when we breathe out. While performing this function, we take about 22,000 breaths in a day in total, inhaling more than 2,000 gallons (8,000 liters) of air every single day!

Respiration process includes both pulmonary and systemic respiration in which air inflow from the nasal cavity to the alveolar level where it is exchanged into the blood that carries it to the heart and is finally pumped to the rest of the organs.

Breathing, on the other hand, is the external process of inhalation and exhalation of air involving the diaphragm, lungs, and the rib muscles.

Fact 3: How much Air we Breathe?

Usually, human beings breathe 13 pints of air every minute on average. Every breath requires the inhalation of around 7 ml of air per kg body weight.

The lungs are spongy and elastic. They are made up of many smaller compartments. When air is passed down the windpipe, it is sent into either the right or the left lung through the airways known as bronchi. The bronchi then split into many smaller tubes called bronchioles; these bronchioles lead into tiny balloon-like air sacs called alveoli.

The process of exchange of carbon dioxide and oxygen usually occurs in the alveoli. All of these numerous structures are, therefore, quite intricate.

Fact 5: Lungs are of Size same as Tennis Court

Lungs may not appear large on the surface, but if its entire intricate structures were opened flat and expanded out to their fullest size, they have a large surface area that, in total, spans to 525 square feet, for both lungs. They’d be roughly the size of a tennis court.

These are surrounded by a network of blood vessels called capillaries. Both the alveoli and capillaries are only one cell thick, allowing for gas diffusion to take place. These air sacs are lined with a layer of water to aid in gas diffusion. Within the alveoli, a surfactant is produced to reduce the surface tension present that prevents the alveoli from collapsing when exhaling.

Fact 7: The Lungs can Float

Lungs are spongy and hollow in structure. The alveoli in the human lungs, when filled with air, the lungs become the only organs in the human body that can float on water.

Breathing is a function that happens automatically because a part of the brainstem called the medulla oblongata triggers us to inhale.

The right lung is larger than the left lung in humans to accommodate the heart, which is located on the left side of the body.

Fact 10: Lobes in the Lungs

Human beings have two lobes in their left lung while the right lung has three lobes. Your height and the altitude where you live affect the volume of each lobe. Bigger bodies need more air, and at the same time, if the air is thinner, you need even more air to breathe in.

While breathing, 70 percent of waste is eliminated through the lungs in the form of waste gases like carbon dioxide.

Fact 12: Requirement of Oxygen is Less

The air we breathe comprises 21 percent oxygen, but out of that, only 5 percent is used by our body, and the rest is exhaled.

The capacity of an adult lung is approximately 4 to 6 liters of air, and it is more in the case of males compared to females. Every time we breathe, the air we take in is about 0.5 liters.

A small amount of air known as residual volume, usually of 1 to 1.2 liters of air, always remains in our lungs even after exhalation. You can try to push all the air out, but still, it stays. It is beneficial as it prevents the smaller airways and alveoli, small balloon-like air exchange units from collapsing.

The residual volume also keeps them slightly open so that the next breath comes easier, much like a small balloon that has already been blown up once or twice.

Humans lose up to 17.5 milliliters water per hour when they exhale. The body loses approximately 0.5 ounces of water at rest and up to 2 ounces of water while doing exercise.

A portion of the air we breathe in never reaches the alveoli and referred to as dead air. It isn’t used in gas exchange.

The epiglottis (the flap of tissue) covers the opening into the trachea. At the time of breathing, it remains open to let air enter the trachea, and when we swallow food, it covers the trachea. This prevents swallowed materials from entering the trachea and, therefore, prevents choking.

When we inhale foreign particles inside the airway, they get trapped in sticky mucus secreted by goblet cells. Cells lining the airways have small hair-like structures (about 100 per cell) called cilia that act like escalators moving back and forth.

They move microbe containing mucus to the upper airway, where they are swallowed and destroyed by stomach juices. This system effectively removes inhaled particles within 24 hours. However, smoking can damage these, causing mucus to build up.

Fact 20: The Nose does the Job of Filter, Heater, and Humidifier

Our nose has tiny hairs, also called Vibrissae, that are designed to capture dust particles and other particulates like bacteria, allergens when we breathe in. It thus acts as an air filter. The nose also has small bone-like shelves called turbinates that project from the lateral wall of your nose.

These turbinates are lined with many blood vessels that heat up the passing by air according to our body temperature. There are lines of goblet cells that secrete mucus, and help to humidify air as it passes by. Inhaled particles and microbes get trapped in the sticky mucus and moved to the back of your throat by the “escalator” to be swallowed and destroyed by the gastric juices in the stomach.

Fact 21: Many movements are Non-Respiratory

Coughing, crying, laughing, and sneezing are the non-respiratory movements of the respiratory tract. Coughing and sneezing are natural mechanisms that keep our lungs free from foreign substances and particles we might inhale inadvertently. Sneezing can be triggered by irritations in the nasal passage.

Fact 22: Lungs are not Germ-Free

It is a myth that is based on 130-year-old research claiming that no bacteria is found in healthy lungs. However, after performing the same tests with modern technology, bacteria were found.

Fact 23: Bronchial Muscles are not Required

There is no physiological purpose for having bronchial muscles in our body other than to become inflamed, spasm, and squeeze airways to cause asthma and COPD symptoms.

Fact 24: The Lungs are not Responsible for Inhaling and Exhaling

The movement of the chest is not the result of air filling up or exiting the lungs. It is again the function of the diaphragm. When it contracts and moves down, it increases the space in the chest cavity.

Simultaneously, the contraction of the muscles between the ribs occurs to help pull the rib cage upward and outward. During exhalation, exactly the opposite happens. The rib muscles and the diaphragm relax and contract about 16 times per minute.

Red blood cells that contain hemoglobin molecules are responsible for picking up and carrying oxygen throughout the body.

Any change in the structure and function of the lungs causes different diseases such as pulmonary fibrosis, pulmonary hypertension, asthma, etc. Tobacco and smoking is the leading cause of lung cancer worldwide, also diseases such as emphysema. Respiratory diseases are also caused by environmental pollution. 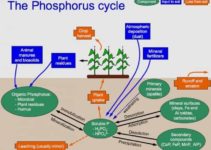